Stacks of Wax Part 3: The Other Select Mini Box! 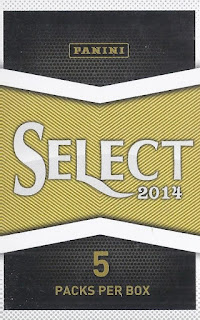 Back on track after a short diversion. 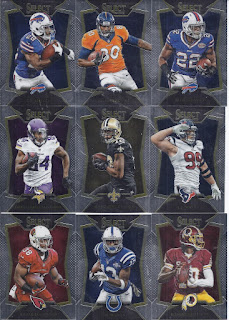 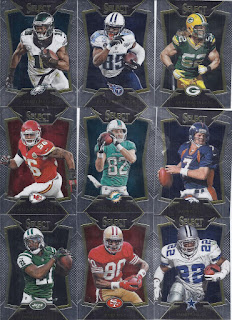 Here's the base. No four-card packs this time around. With the Elway, Rice and Smith, I got a least one of the 6 retired players in the base set. Nice. A couple Bills highlight this one after no Buffalo content in the first mini box. JJ Watt wins the photo wars, with a shot that is a lot nicer than you'd expect from this set. 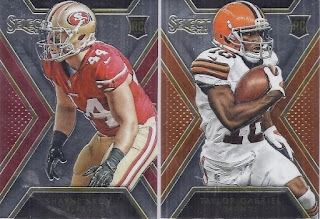 The two rookies. Both undrafted in 2014, but both still active in the league. Taylor is bound for a Gabriel super collector. 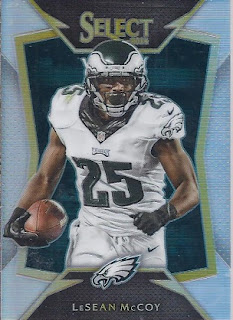 The first of the shiny parallels is a Prizm of a future Buffalo Bill. 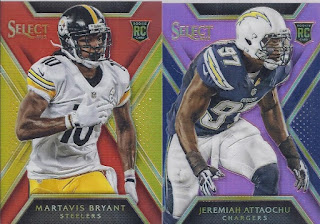 And the other two shiny cards were both rookies, and both were numbered cards. Attaochu is /199 and Bryant is /75. Both look really nice in hand. I give a slight nod to the magenta parallel since it seems to work better with the team colours. 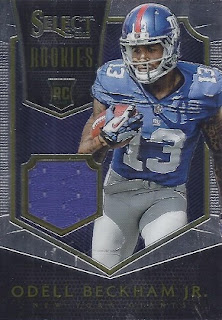 If you have no specific wants and are gonna pull a jersey swatch of someone in the 2014 rookie class, this is probably the one you want. 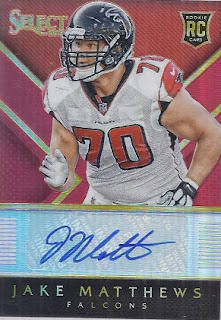 And the other auto, which is a red parallel numbered to 49/50. Jake was the 6th overall pick in 2014, but since he was an OL guy, he's not going to get much demand from the hobby. I, on the other hand, love the cards of players that won't see many hits outside of their rookie year. Jake is also the son of HOF guard Bruce Matthews, and that would make for an interesting dual autograph.

And there's the last of this box. Two more packs of Sterling to post, and then I can get caught up on the mailbag!

Posted by buckstorecards at 08:21