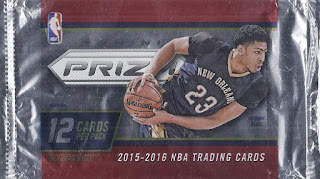 Time to try out the shiny new toy at the card shop. 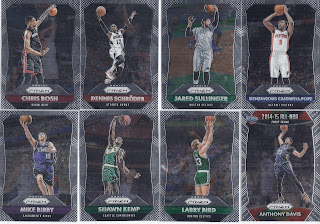 The best set for this is actually larger than the one for Hoops. This checks in at 400 cards worth, featuring a mix of current players, all-stars, rookies and retired players. Mike Bibby is a surprise to see here, but it is nice to see some players that haven't been in sets for a bit show up. There's also a Richard Hamilton among there that my 2/14 collection awaits. Other unexpected names that haven't been seen in Panini recently: Sam Bowie, Antonio McDyess, Dino Radja and Michael Redd.

The backs of the cards are bright and beautiful. As usual, the logo on the back matches the era. 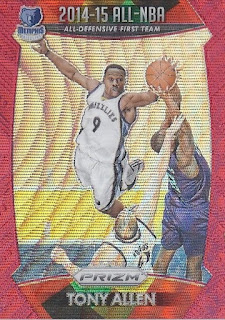 No auto for me in this pack, but I did land this Ruby parallel /350 of Tony Allen. It is every bit as loud and obnoxious as it appears in the scan, and I love it. 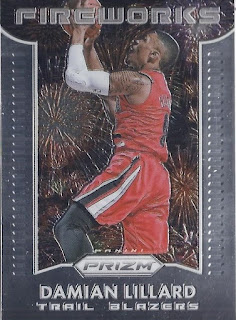 The second insert will be set aside for whenever Kerry @ Cards on Cards gets enough cards for me to send a PWE westward. 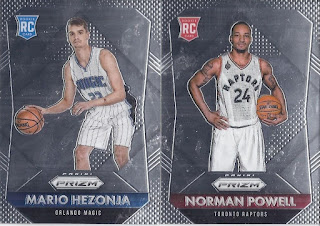 A pair of rookies wrap it up. While Hezonja isn't really the Euro-rookie you want, it is still a nice looking card. But the big win for me in this pack was Powell. With this, my goal of having at least one card for anybody who got one while playing for the Raptors is caught up. I've got a couple zero-year Raptors on the way, and I'll need an Anthony Bennett if he squeaks into a set.

And that's the pack!

Posted by buckstorecards at 08:57