After his royal majesty, Sir Dog, put his teeth through his football, I had to get a replacement. I hit the Toys 'r' Us in search of one. Naturally, I also visited the card area on the off chance that there would be a chance at a purple bordered baseball parallel.

But there was a different type of repack for me. For $4, it was 50 cards, an unopened pack and some supplies. Cheap enough to take a risk with. I went for the one with the most interesting visible card, and that included five hard toploaders and a pack of 13-14 Score.

Starting with the cards. 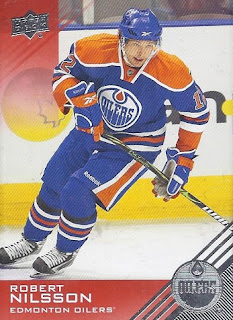 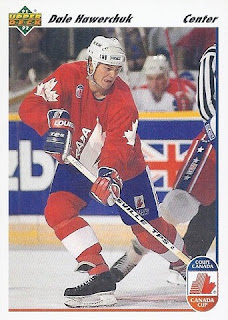 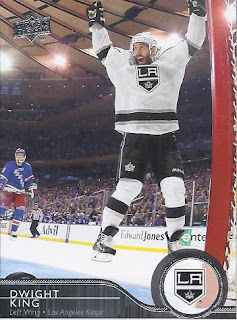 2014 Upper Deck - Dwight King - The most recent card in the pack, and one of the two top photo choices. 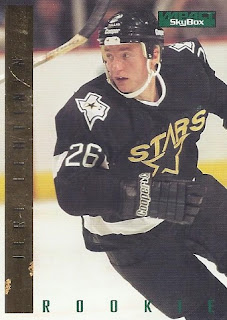 1996 Skybox Impact - Jere Lehtinen - Somewhat of an oddball card, at least in terms of seeing it in a repack. 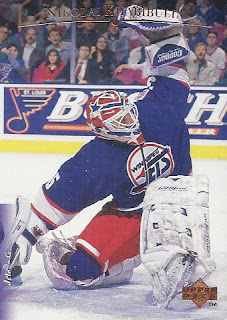 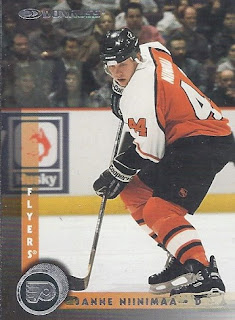 1997 Donruss - Janne Niinimaa - I always confuse this guy with Jan Nemecek when hunting for 2/14 cards of the latter. That makes no sense, since Janne has about 200 different cards and Jan has less than 10.
1993 Premier - Tommy Soderstrom 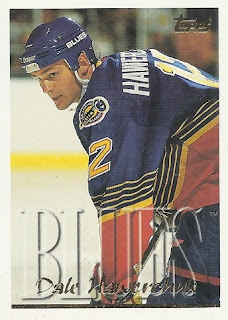 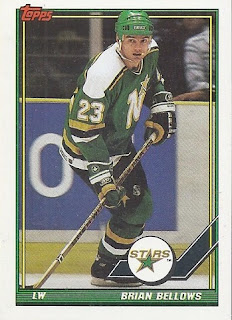 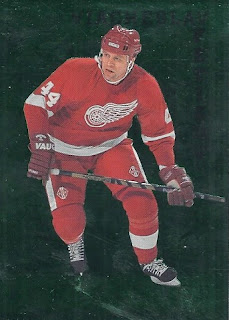 1995 Parkhurst Emerald - Viacheslav Fetisov - It isn't just Dollarama repacks that have these parallels, although both repacks are by the same company.
1991 O-Pee-Chee Russians - Igor Kravchuk
1990 Topps - Daniel Berthiaume 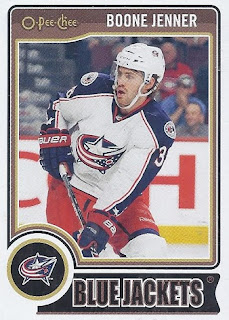 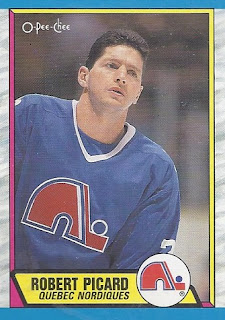 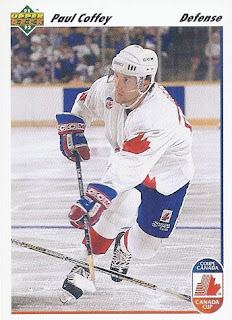 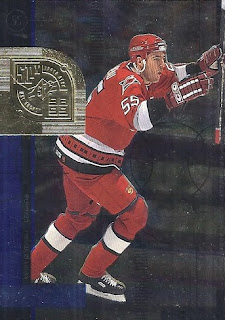 1998 SPX - Keith Primeau - The only deviation from the repeating order. 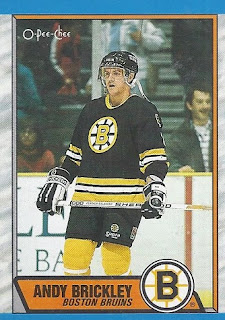 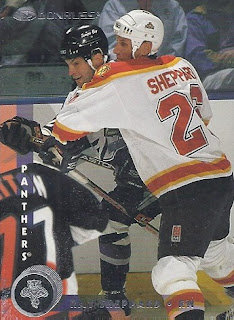 1997 Donruss - Ray Sheppard - A potential penalty for interference on the  photo is the other really interesting photo in the repack.
1993 Premier - Rob Blake 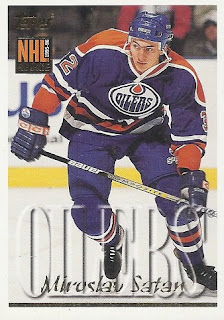 I wasn't too crazy about the repeating sets, but other than that, no complaints about this portion.

As for the Score pack,

A pair of gold parallels and a mask binder photo. Could have done worse.

And that's a perfectly acceptable way to blow $4.
Posted by buckstorecards at 16:16