Time to wrap up the group break. As before, the Black Friday packs are first. 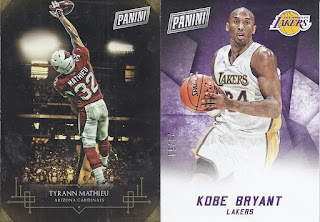 Sure, for some people, a Kobe numbered to 50 would be the highlight. For a photography fan, the best card of the two isn't even close. 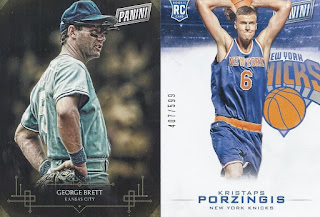 Not bad. That's probably the most desired rookie card so far of the NBA season. And if it were not for the blank cap, that could pass as a licensed card with the photo choice. 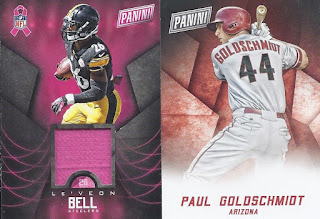 And I believe this is my first wristband relic. The Goldschmidt is the only dupe from the Black Friday packs. 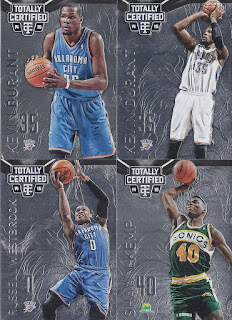 And the winner for the base cards was the Thunder, landing 3 different base cards and a parallel with the blue jersey card of Durant. 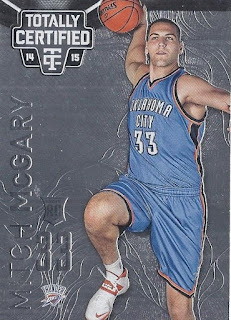 And my only rookie of the break is one that will be on its way to TMM. It should be noted that that my other two teams didn't have any rookies in this set. Or in Portland's case, any at all in 14-15 releases. 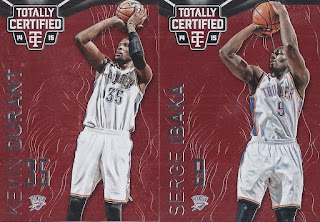 Parallels! It is interesting that the only two I got were both similar photos of different players. 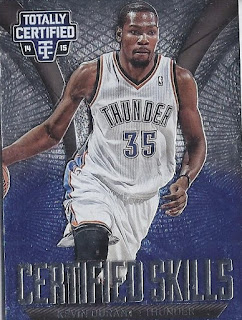 And now, on to the inserts. Like the Curry from yesterday, this is /299. 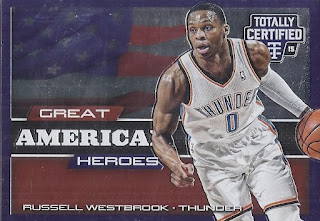 As is this patriotic insert. I've already got a Canadiana tag for some very Canadian cards, maybe I should add one for some Star-Spangled variants as well. There is a DeRozan insert in the subset if I was so inclined. 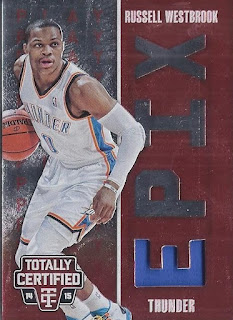 There are other lower numbered parallels in this subset. The lower the number, the more letters are open windows to relics. But, even the /5 parallels feature plain, one colour swatches. 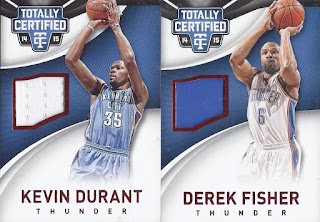 Here's some more swatches. For reasons that likely make sense to only me, I'm actually happier to get the Fisher as opposed to the Durant, since there were more opportunites to get cards of the then-reigning MVP in the set. 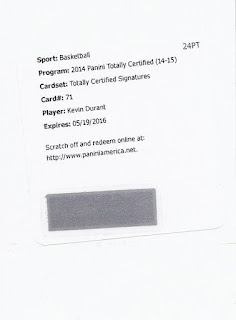 Maybe there was another reason I was more interested in the Fisher. This does appear to be live, and numbered to /49 although it is a sticker-graph.

Pretty good way to wrap up the break!

Posted by buckstorecards at 04:01