For the second time this month, another time to show off the Bills that joined my collection. Seems like a good day to do so, as they work their way to the end of another mediocre season. Yay to not making the playoffs since Clinton was President.

The first two are from a COMC purchase. The rest are all part of a trade w/ Dennis @ Too Many Manninghams. 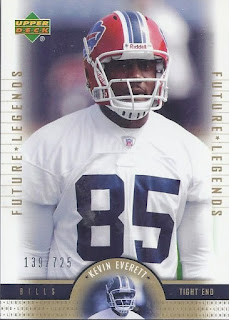 From one of the Deadspin "Your Team Sucks" season previews of the Bills.

The best moment they have had in the last decade was when Kevin Everett DIDN'T DIE in front of 70,000 people.

Sounds about right. Either that or Drayton Florence's pick 6 against the Patriots. 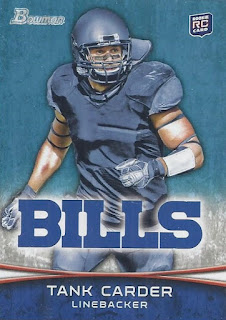 Contrasting with the Guy Whimper card I posted yesterday is this far more appropriate football name - Tank Carder. Carder was released before the season started, and moved to the Browns, where he has been a back up the past several seasons.

And now, the trade cards! 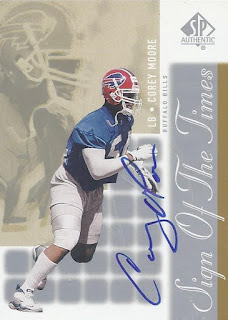 Glenn only played one season with the Bills but he does have his jersey retired, albeit at his alma mater of Virginia Tech. 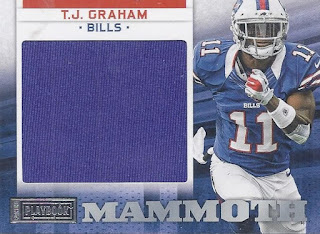 I'm getting pretty close to having an entire T.J. Graham jersey in my collection in Jonny Cash-esque One Piece at a Time form. 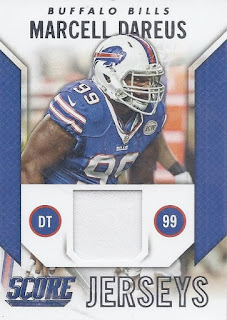 As for Marcell Dareus, I have no complaints about how his performance this season. The defensive schemes in general, on the other hand... 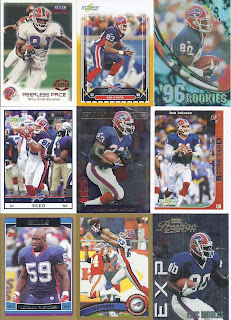 And there you have it! Posted just in time for kick-off for Week 15.
Posted by buckstorecards at 10:00