aka a retail hanger break of 2014 Topps football. 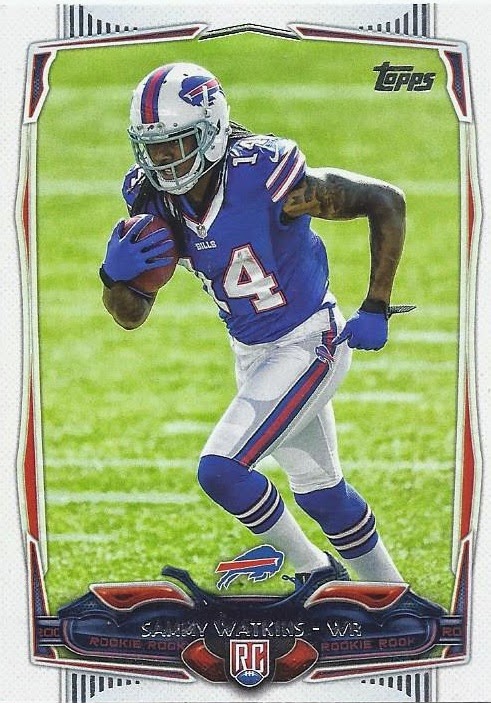 In which I pulled a card of my current Buffalo Bills man-crush. Although Dan Carpenter is more crushy today as opposed to Sammy, his juggling catch was still incredible for late game heroics.

Now even though I picked up a base set of 2014 Topps, I still wanted to try a retail break. I'd at least take a chance at pulling a Watkins or Clowney relic. 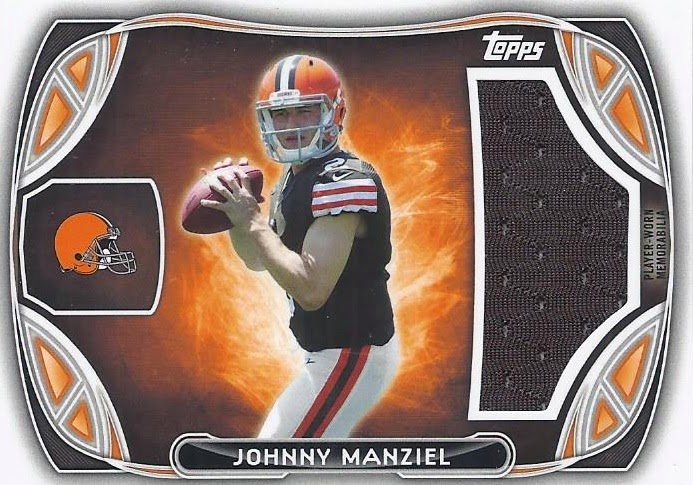 That isn't Watkins or Clowney. I'm definitely not on team Manziel, so I'll probably be unloading this one before long, or at least while some people are anticipating his move into a starter's role. 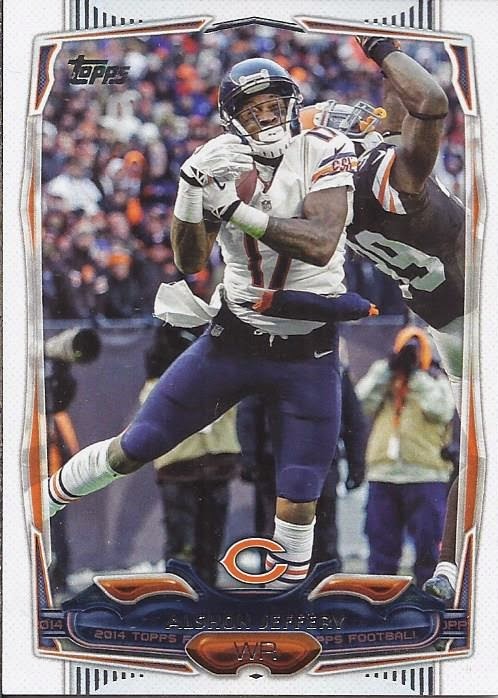 Although I didn't pull a Clowney for my 2/14 collection. A great photo too, likely as he nailed one of his highlight real grabs from last season.

But the real reason I went for another pack, despite having the set, was a chance at dupes of some of the great photos in the set. 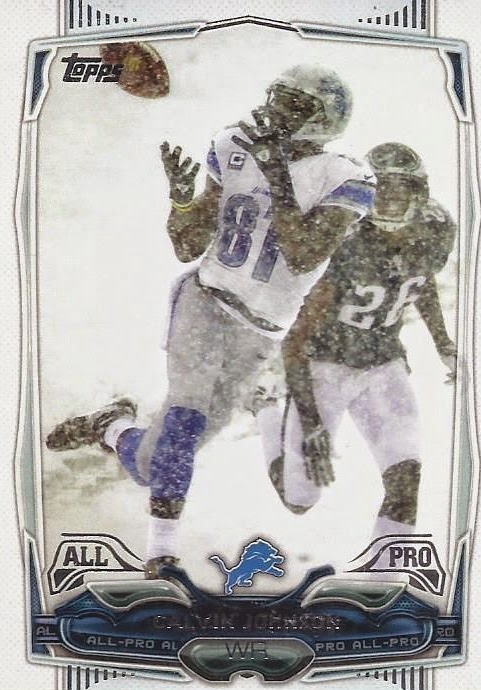 I knew this was likely going to be my favourite one after it showed up on someone's blog. It didn't change after I worked my way through the base set I ordered. What a perfect shot to display the all weather nature of football. 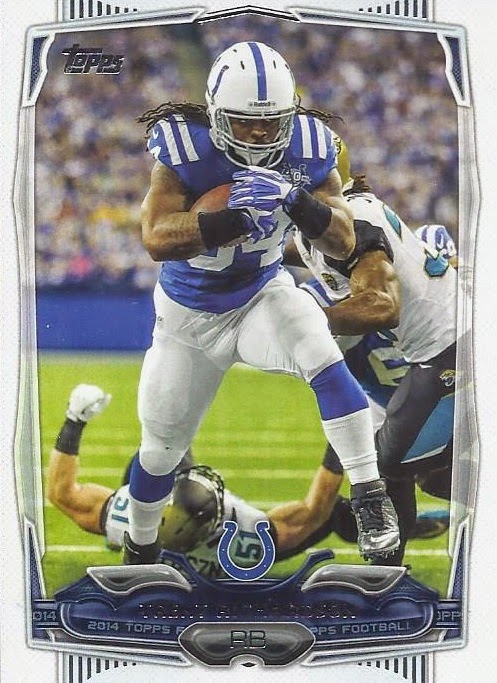 But this photo of Trent Richardson really comes close, base on the framing. Sure, it is a generic card of a guy running, but the unfortunate Jacksonville Jaguar flat on his back behind him elevated this card from that status. I think that's former Paul Posluszny out there. I wonder if Paul would do a TTM on this card? 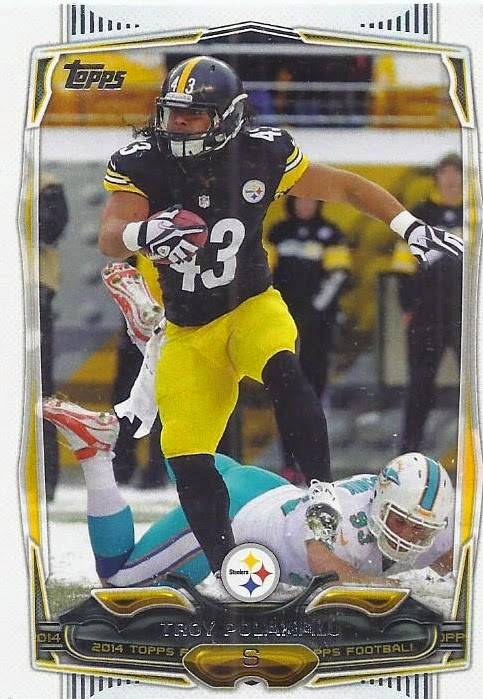 And cards of defensive players with the ball are always fun. They're even more fun when it is a Miami Dolphin getting shown up. 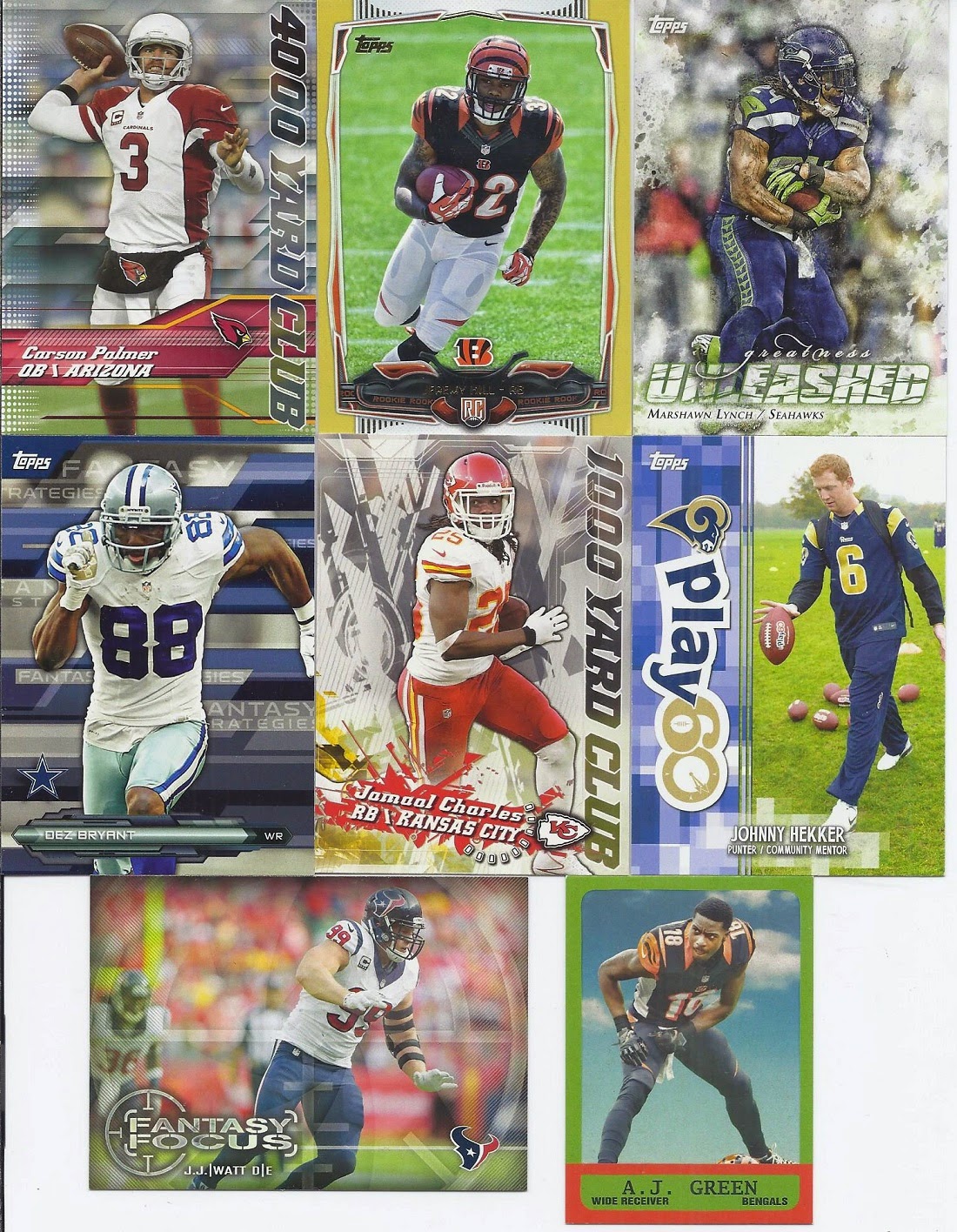 Johnny Football was one of the inserts. Here are the rest of them. Nothing much of note for me here, although I did land the base of Jeremy Hill as well. Johnny Hekker is my third Play 60 Community Heroes card, and my first of someone that has cards anywhere outside of this subset. Mind you, he made his cardboard debut in this set's base set.

Not a bad rip for the price. I should at least get my money back on the Johnny Football, so all is well.
Posted by buckstorecards at 16:39