What better post for a Sunday morning before a Bills game than to post the latest round of Bills cards to come my way via COMC? 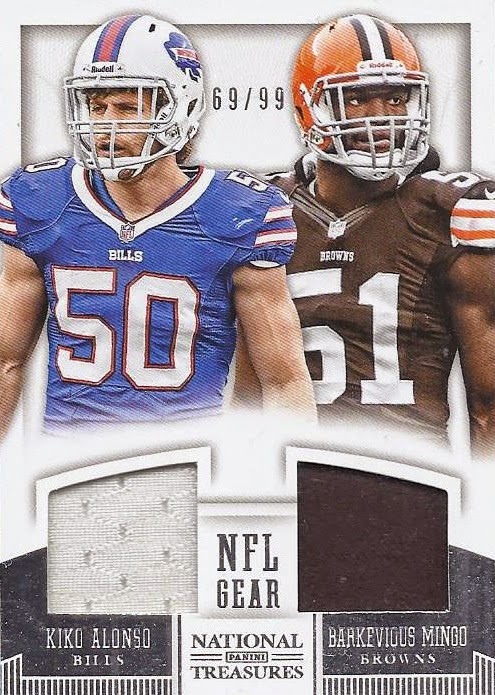 While this is half of a Bills card, it did allow me to cheaply acquire a hit of the final 2013 Bills rookie that had one with this double relic featuring Kiko Alonso, and the spectacularly named Barkevious Mingo. It is a plain white watch for Kiko, but since he wasn't part of the rookie premiere, this is listed as a game worn relic as opposed to event worn. The Mingo is also listed as such. It might not be a solo hit (I'm hoping to take advantage of his being out for the season and get one cheaply next year), but it is hard to hate a hit that united two of the most fun names to say in the 2013 rookie class. Kiko and Barkevious. Alonso and Mingo. Together, they fight crime! Or at least they would, if they ever put me in charge of a network. 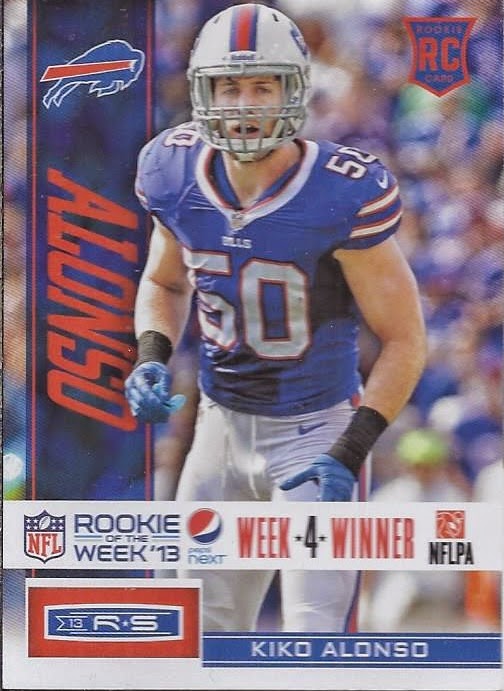 But here's a nice solo Kiko as well. Spectra included Rookie of the Week cards, done in the style of the year's various Panini releases. Fortunately, Kiko matched up with my favourite design from last year, Rookies & Stars. 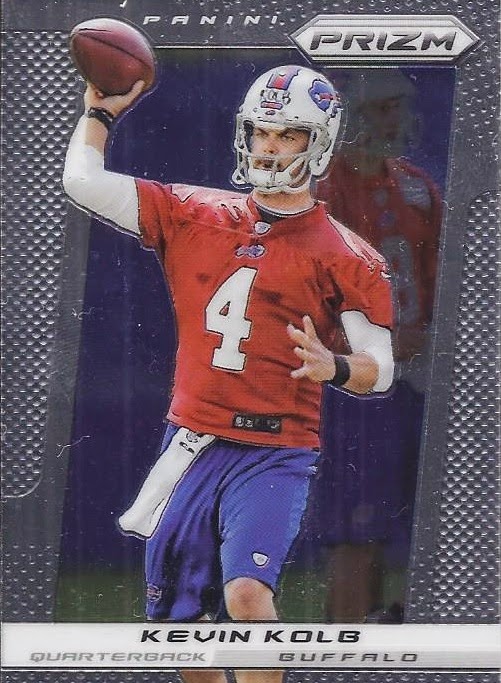 One more from last year's release. A concussion during a preseason game prevented Kevin Kolb from making any official appearances as a Bill. I guess that's a zero-year card (tm: Nick @ Dime Boxes) 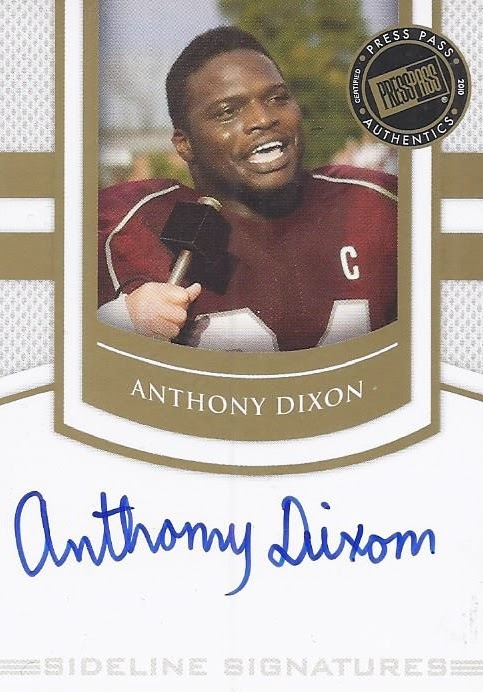 I guess this technically isn't a Bills card. It could be a Mississippi State Bulldogs card. Or it could be a San Francisco 49ers card based on who he was drafted by and played the past few seasons for. But now, he's about one of several dozen running backs the Bills seemingly have on their roster. At least his penmanship is nice and legible. 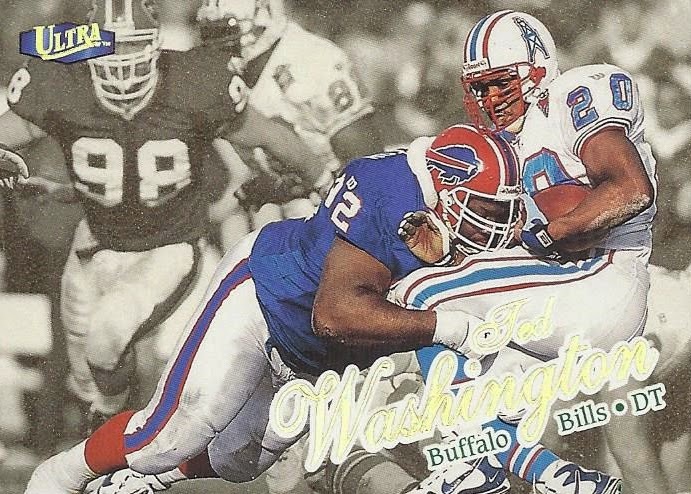 I should have at least one really great photo in every team grab I do at COMC, so here's one of Ted Washington, putting 325 pounds of hurt on an unfortunate Houston Oiler. The card reads 325 pounds, but as the late, great Gorilla Monsoon might say, "Highly Unlikely". 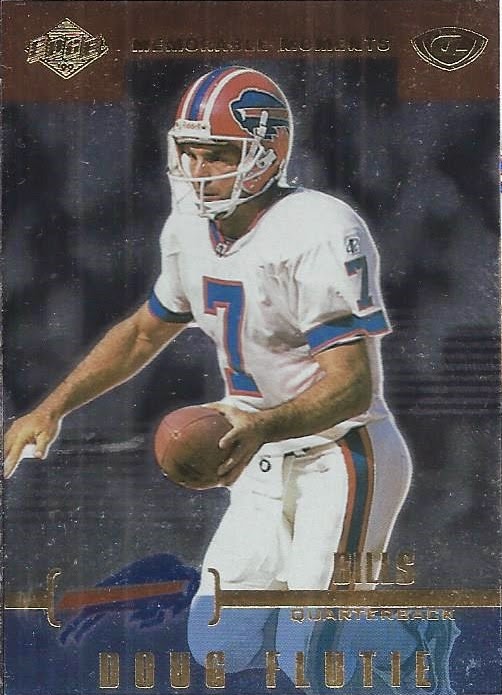 And to wrap things up, here's a Doug Flutie. The foil might make this card illegible, but this is from the a Memorable Moments subset. The moment in question was Flutie's naked bootleg against Jacksonville in 1998. The photo, sadly, is not from that game, since the Bills were in their home blues then.

So, with this post out of the way, I'm ready for 2-2 to become 2-3, since confidence about the team only leads to disappointment as a Bills fan.
Posted by buckstorecards at 05:47