Redemption time! And Just one Pack of 2014 Fleer Ultra.

Firstly, a redemption came through. As this: 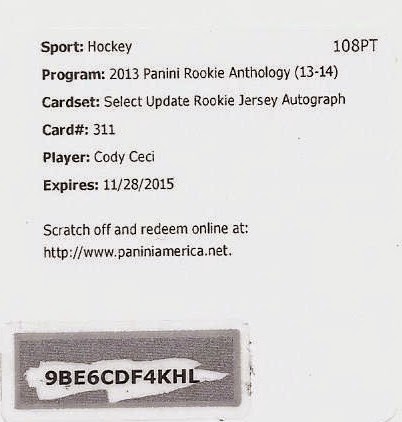 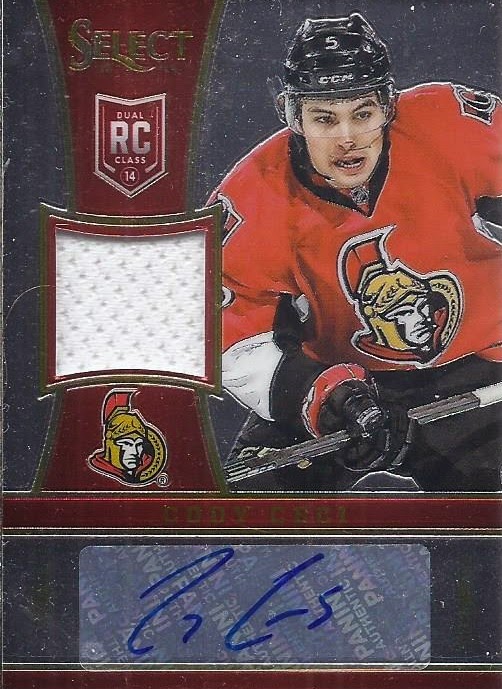 A plain white swatch. And a sticker graph. Not what I was hoping for, but at least it is my first hit of Cody for my Sens collection. I've got a second one on the way. It is the base from the Rookie Anthology set with two swatches and another autograph. While I think that will be a sticker as well, hopefully at least one other swatch will be a red or black one.

And now, one pack worth of the new Fleer Ultra release, starting with the base: 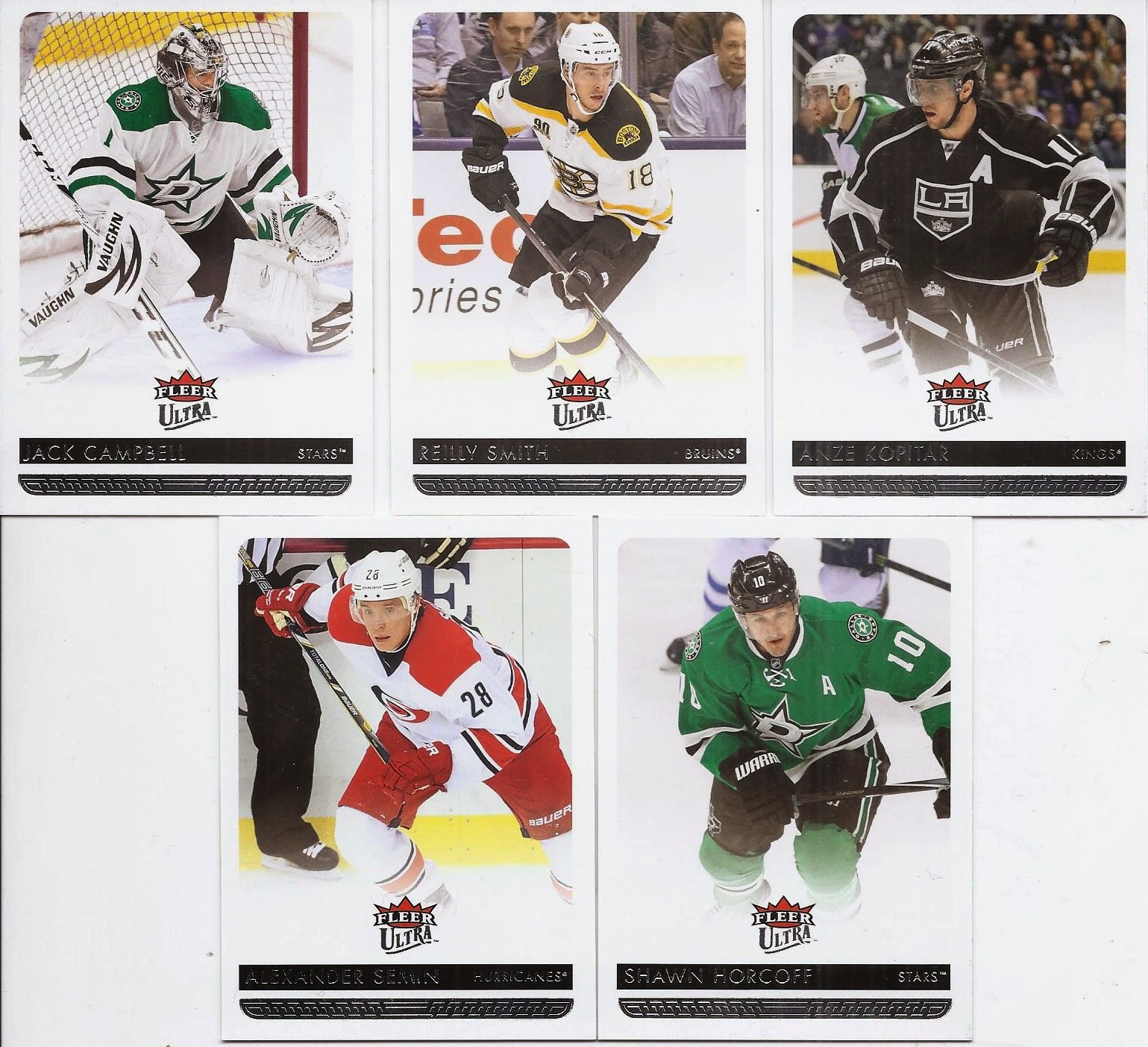 Here they are. I was kinda hoping for some full bleed photos on at least one of the sides on the photo, but the photos pop nicely. Very much like some recent Score releases in hockey. And that silver at the bottom of the design really is ugly and unneeded. Take that out, put the black on the bottom and extend the photos to full bleed and you'd really have a nice looking base set. 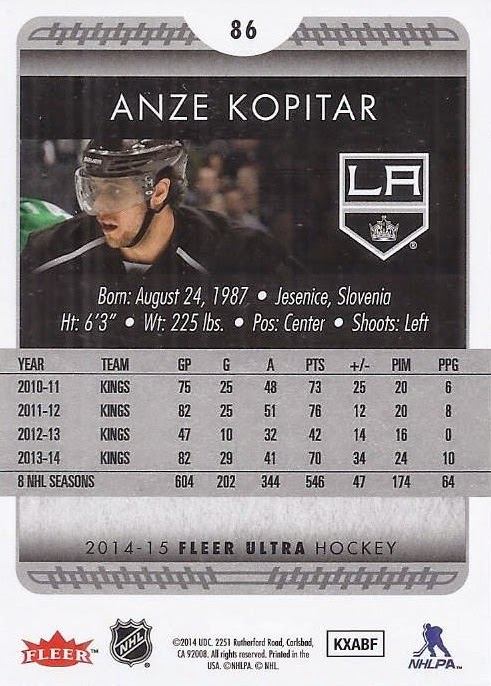 But the backs are really nice and colourful, with the strip with the birthdate and the like done in the team colours. In retrospect, I should have used the backs from any of the other cards, with red, green or yellow strips. More unneeded silver strips as well at the top and bottom, though. Remove that and you might be able to fit in a couple more lines of stats.

But, you pick this up for the inserts. And this one pack had a nice one. 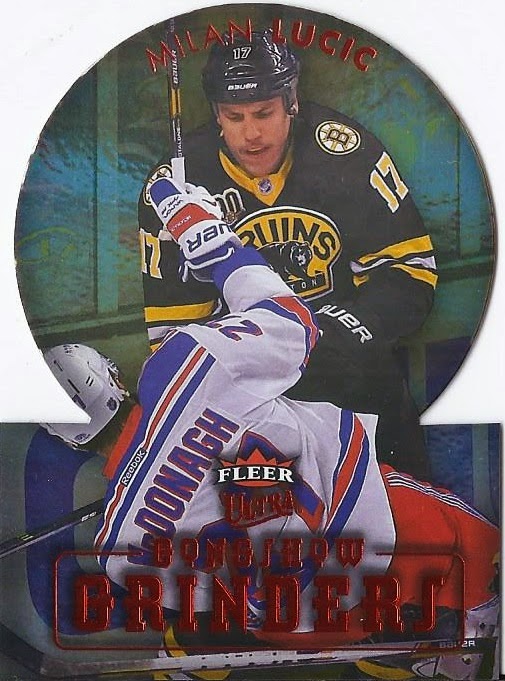 Gong Show Grinders, featuring Milan Lucic laying out an unfortunate opponent. The design and visual of the die-cut gives this card almost an audio feel, letting you hear the thud of the collision. And it is for my second favourite team (and my favourite before I lived in Ottawa), this is a nice keeper. While I probably won't chase much of the base, I'll be looking for some of the inserts that meet with my personal collections.

Posted by buckstorecards at 13:21