People stateside like to collect cards featuring the alumni of their alma mater or local university. Since north of the border, University sports are barely a blip on the radar of their students, (and I can't think of too many U. of Waterloo alum that have cards in anything), collecting hockey players who went through your favourite junior hockey team is the substitute. 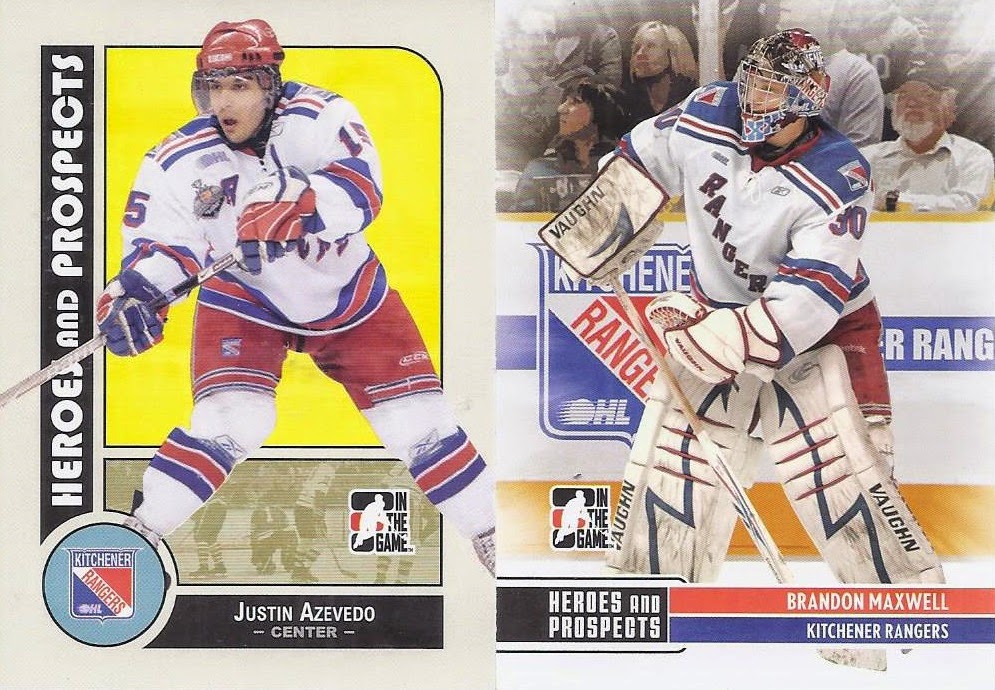 But, sometimes when guys don't get NHL level cards, getting cards of them in the Rangers' colours is the only alternative. Justin has been in the KHL for the past few seasons, after spending time with the Kings affiliate in Manchester, so maybe I'll have to look overseas for something. He does have a stickergraph on ebay, but I don't want it to the tune of $20 and shipping from Finland. 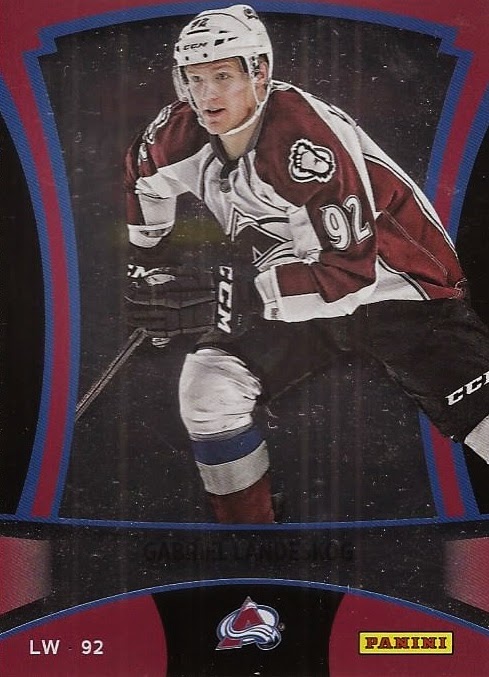 This is almost impossible to read due to the foil, but here's another one of This Way To The Clubhouse's favourite non-NY Ranger in Gabriel Landeskog. 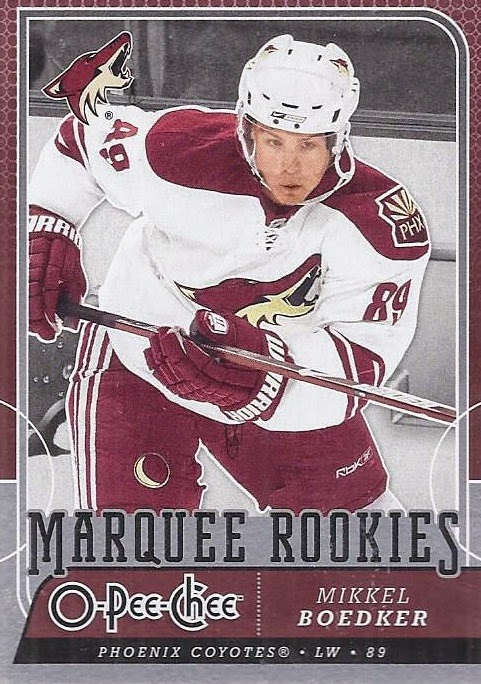 Mikkel jumped into my alumni collection with a beautiful 3-colour logo patch from Prime via a mojobreak random, and I've been looking to add a rookie of his. This one was cheap, and as a bonus, 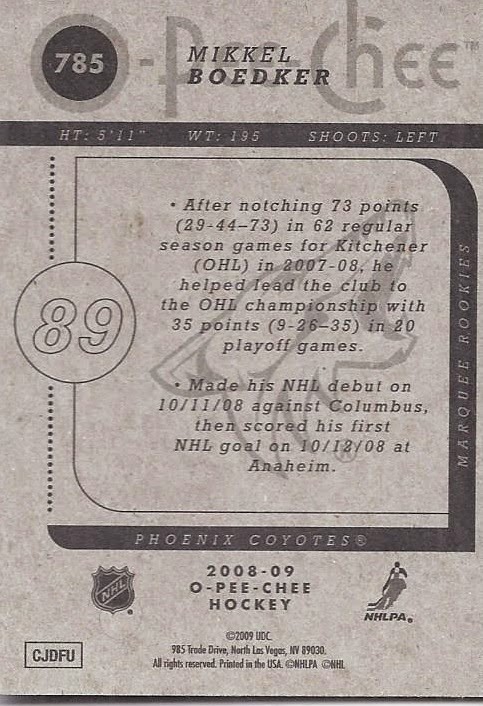 the Rangers get a mention on the reverse!

Enough of the base- time for some hits! 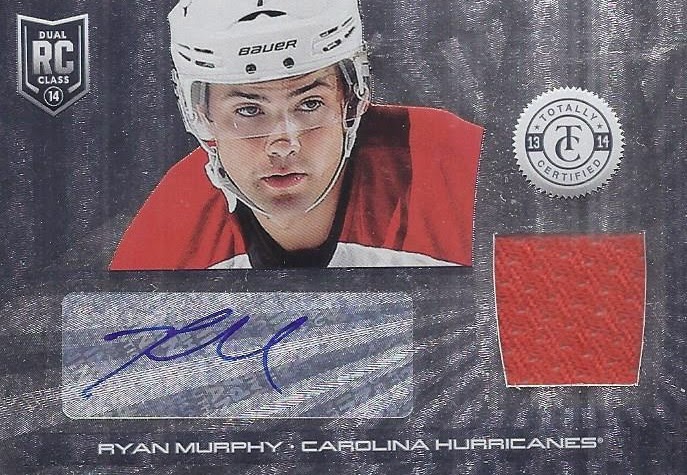 The only relic of this bunch was this one, with a stickergraph attached. Even though the Hurricanes are winless this season, he looks to have stuck around with the big club this season. 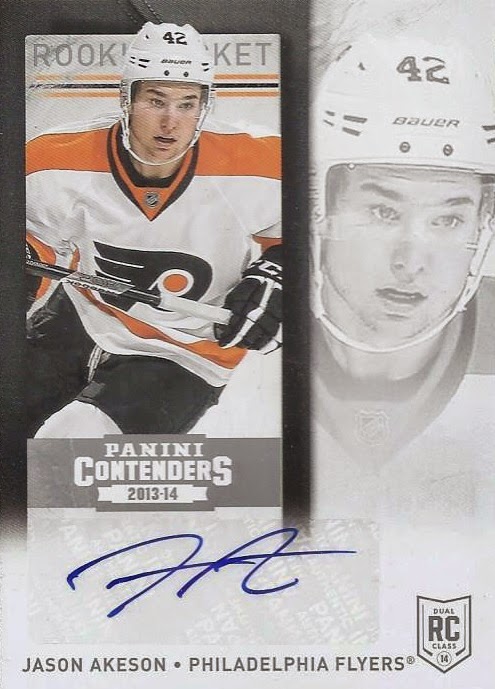 Here's the second stickergraph of this collection - one of the more recent players to make the jump to NHL card status. I don't think there will be any more until Radek Faksa starts with Dallas, but Akeson made a couple appearances in sets late last year. Like Murphy, he's stuck around with the team to start the season, after only 1 appearance in the previous 2 seasons. 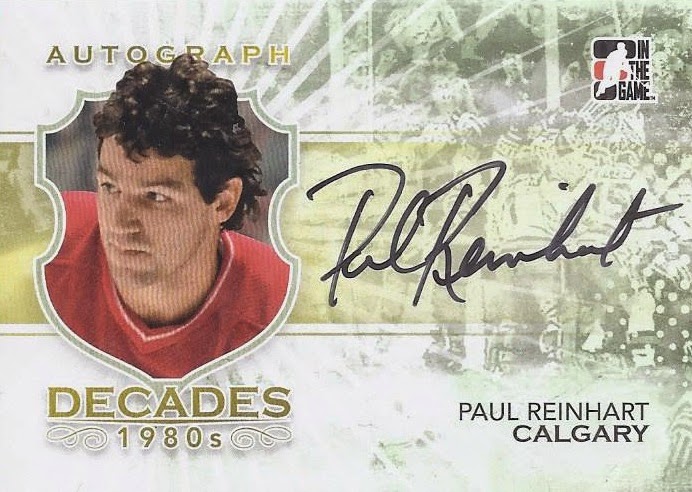 And the only on-card auto of the bunch was this Paul Reinhart. And the best penmanship by far of the three. Paul was a local guy who played for the Rangers before being drafted by the Atlanta Flames. His three sons, Max, Griffin and Sam are or have tasted the NHL, and the latter two being 4th and 2nd overall draft picks. Although since Paul was living out west my then, they cut their CHL teeth with WHL franchises.