After the juvenile post this morning, let's keep plowing through this with what seems to be weekly posts. Maybe I should at least get through this in full before the base set completing cards arrive from justcommons. 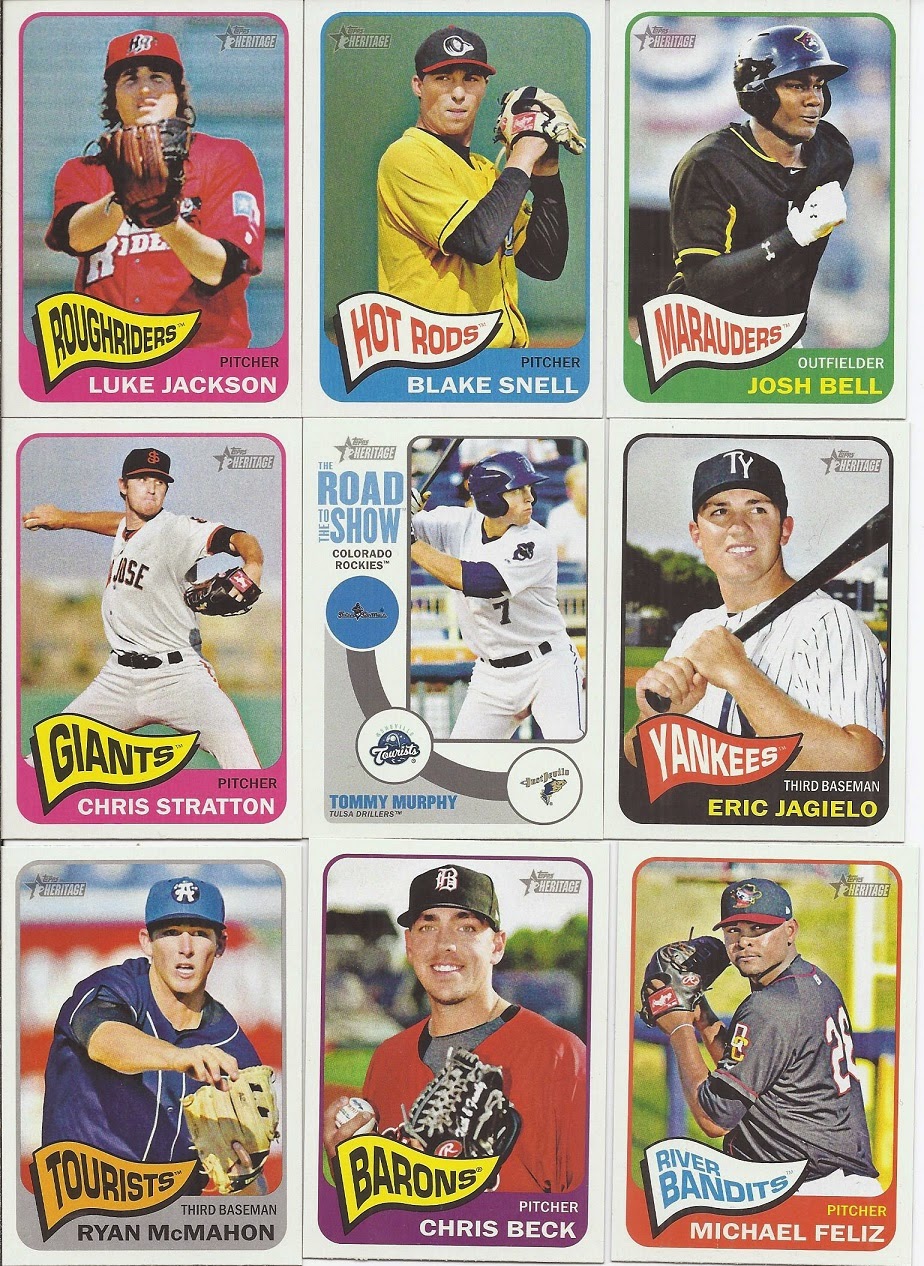 The background scenery elevate my favourite cards in this group, with the small, minor-league stadium's outfield bleachers looming behind Beck. The outfield ads behind Ryan McMahon are also a nice touch, and if that is bunting behind Josh Bell, that one is nice as well. 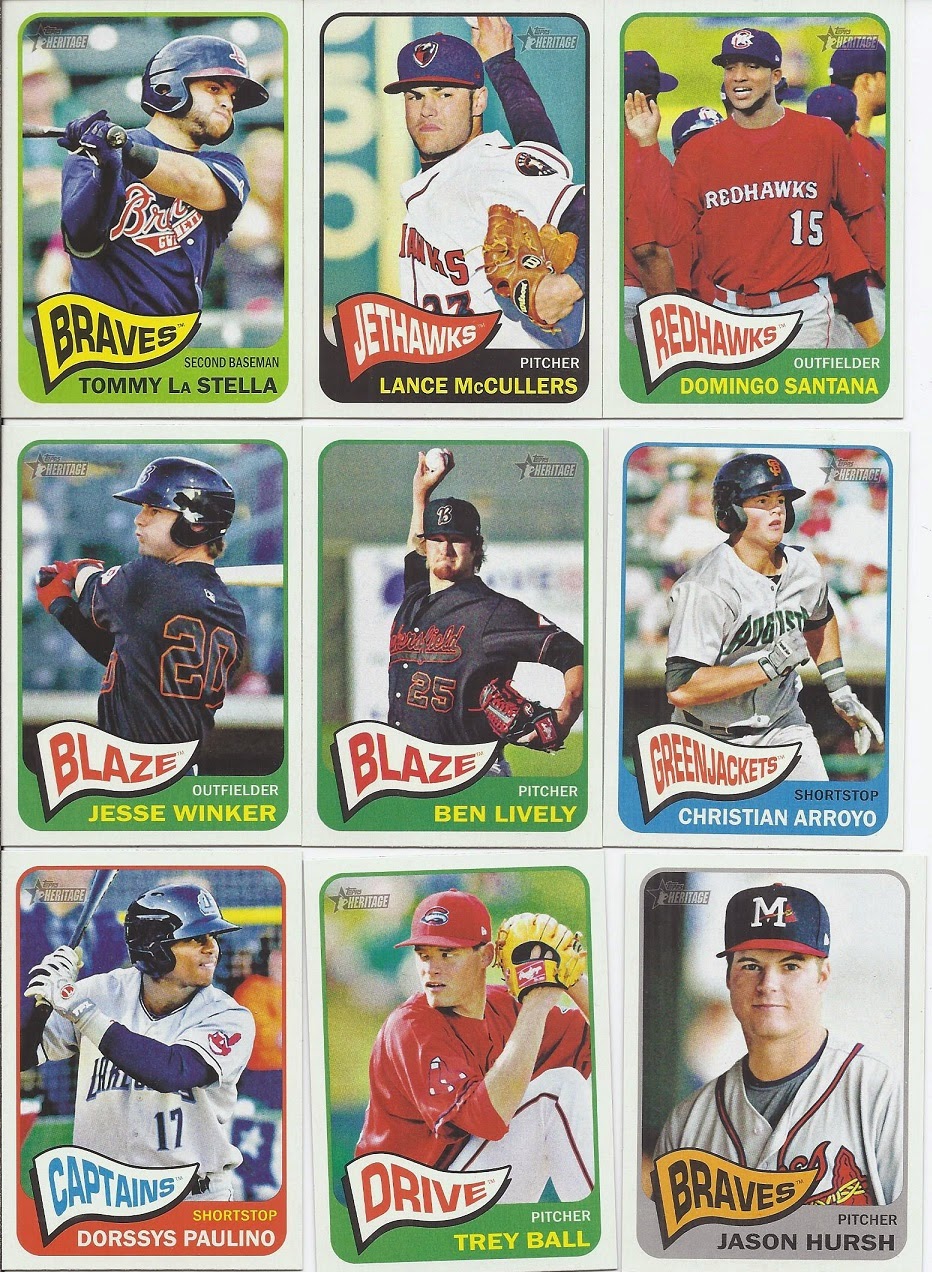 Only my second SP of the break, with the Lively being #222 in the set. It is appropriate that the Santana Redhawks card is extremely red. Other than that, pretty bland. 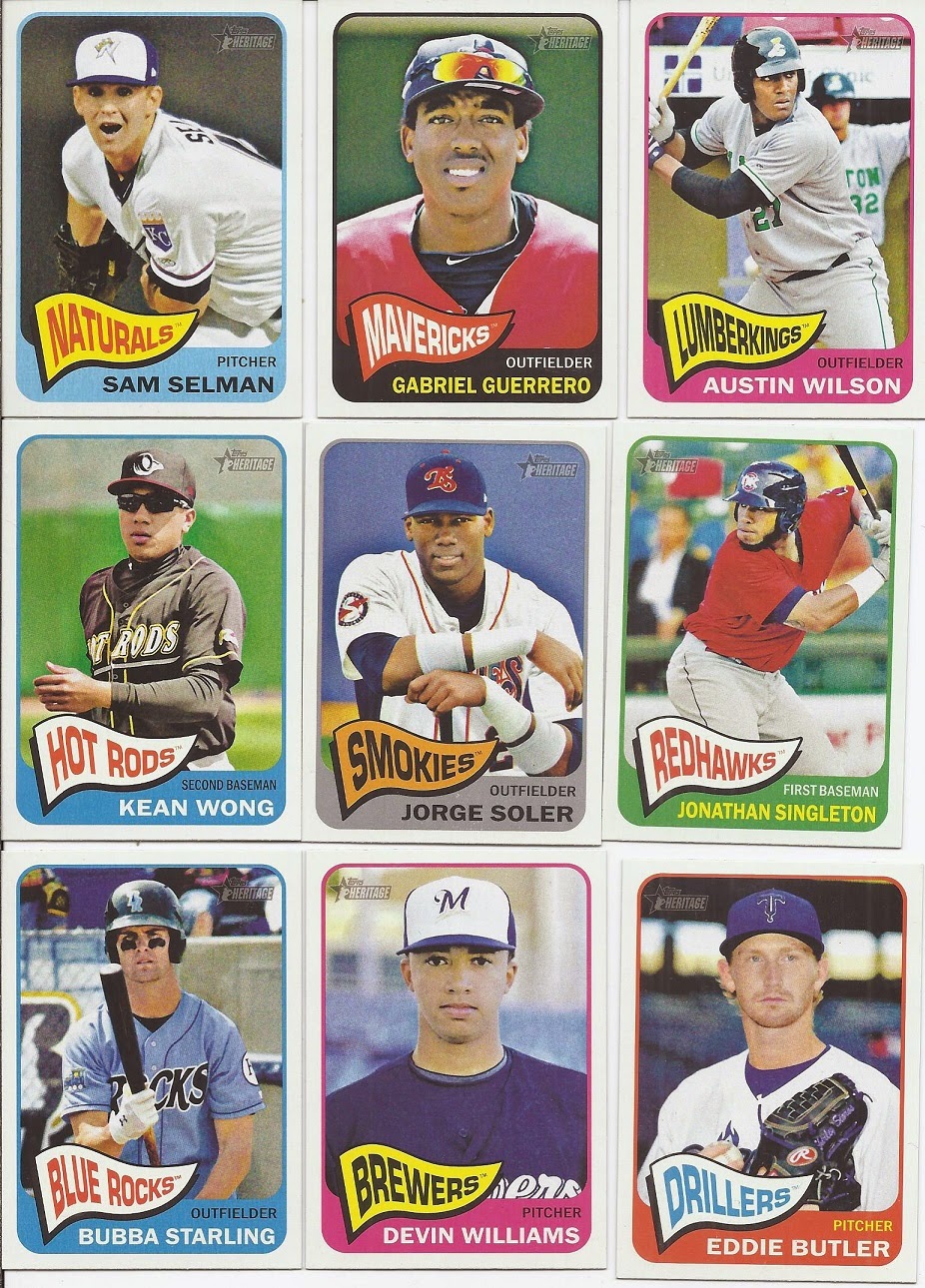 Back to back packs with SPs. The Soler isn't a bad SP to get. Sam Selman looks somewhat mannequin-like on his card. Even among the non-SPs, a couple good base cards to not need to purchase with the Starling and the Wong. And there's another Gabriel for TWTTC to chase. 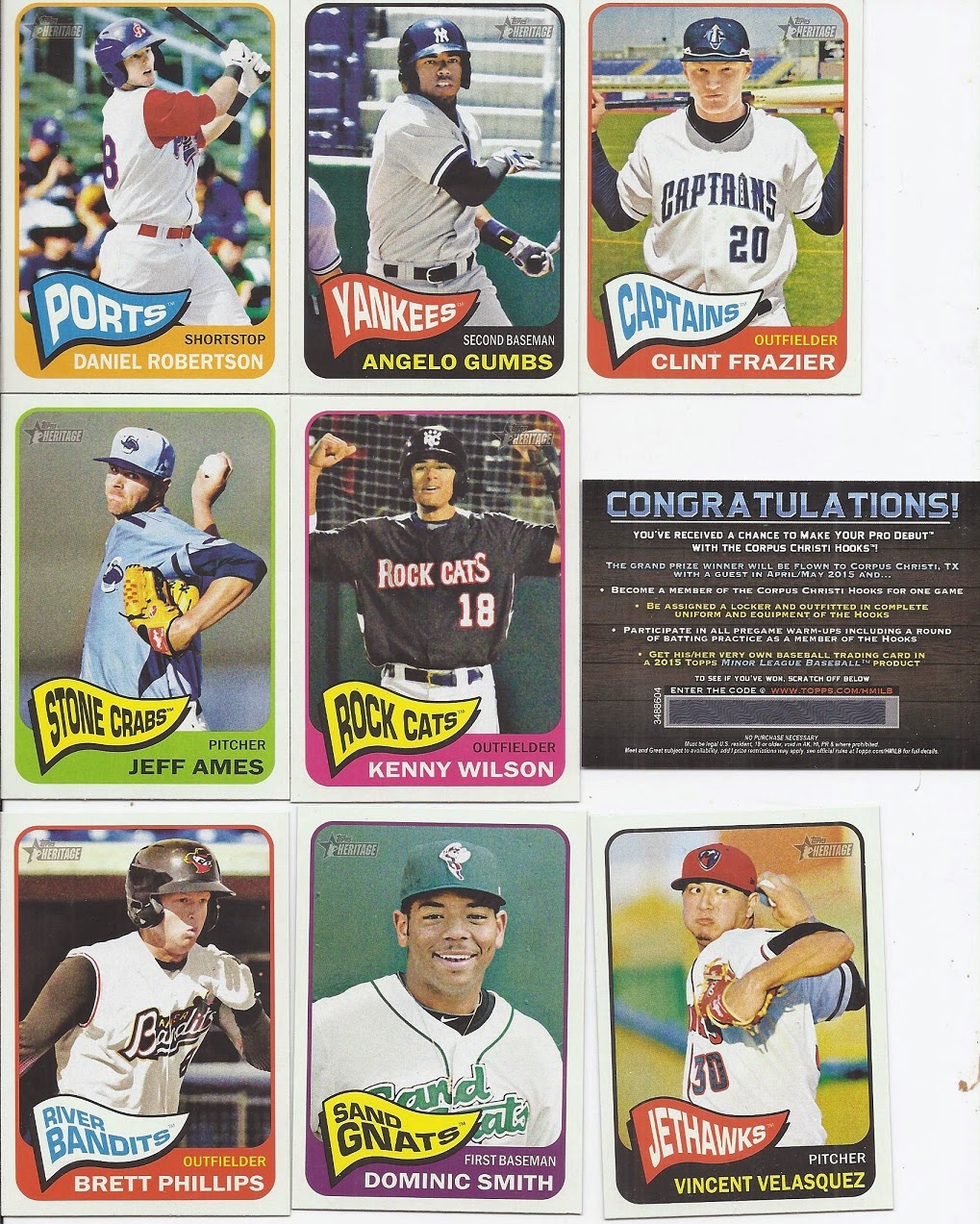 At least that should be the last of the contest entry cards. My first Met of this portion of the break appears with Dominic Smith. The Clint Frazier is a reused photo from the pack, but that does seem appropriate in a "You could pull this card" sense. Angelo Gumbs is an awesome name. Very mobsterish. If he wasn't a Yankee, I might actually chase one of his hits. 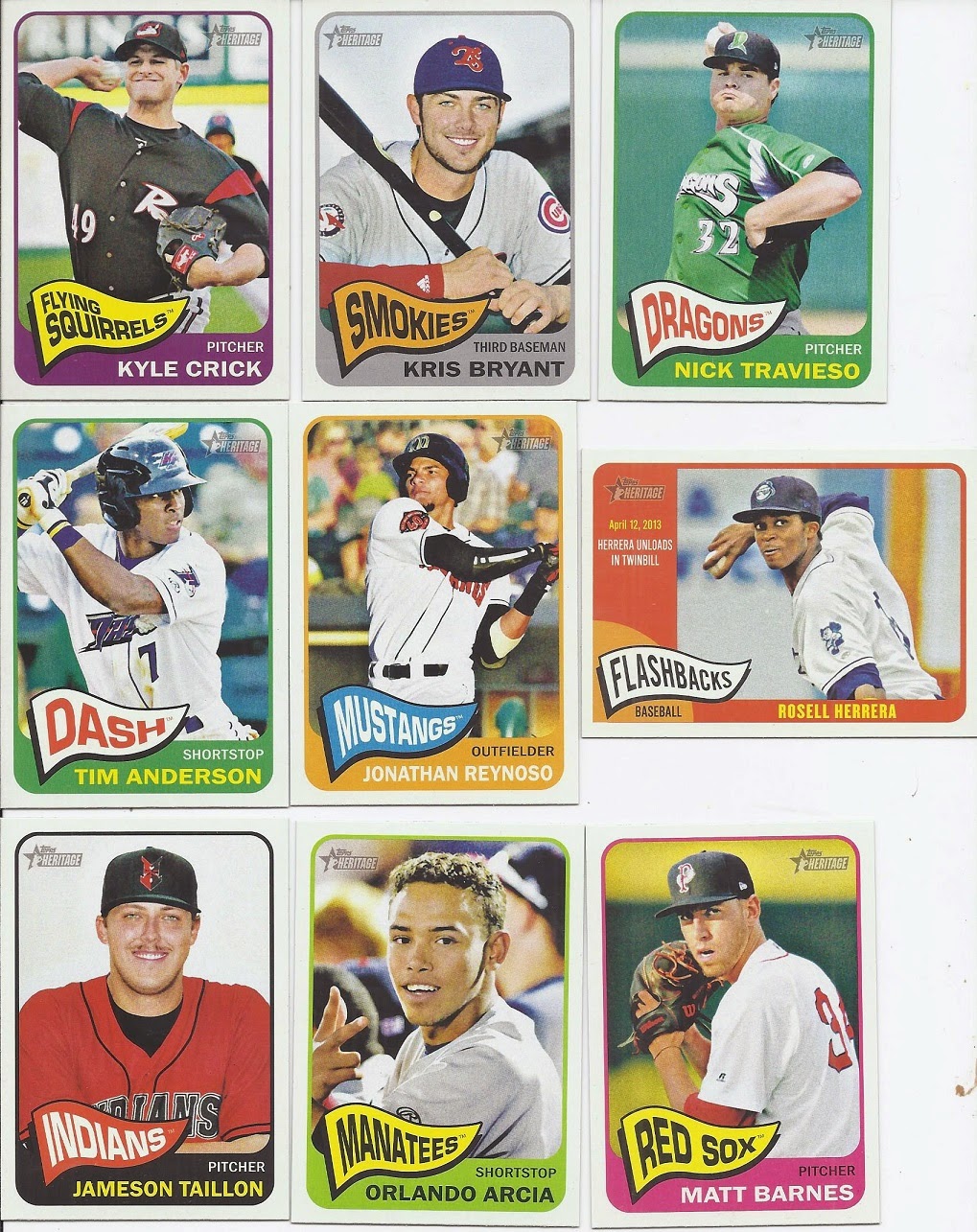 Kris Bryant is not a short-print in this? Wow. I really commend Topps' font control for fitting Flying Squirrels on the Crick card. 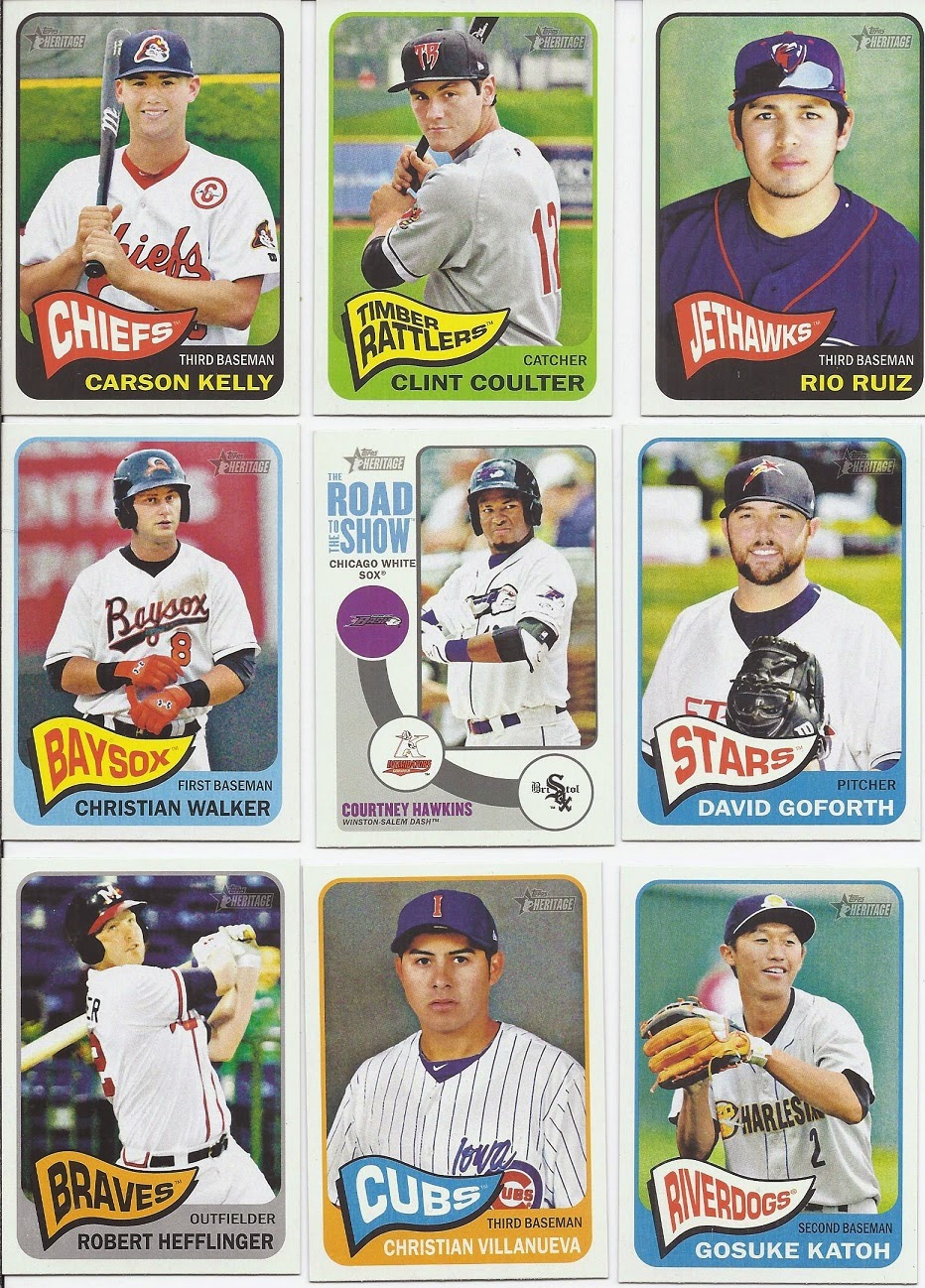 And here's the final of the 6. Much like with the Chris Beck, the use of the minor league stadium's usual outfield ads enhance the posed shots of Coulter and the Goforth and the in-game photo of Walker.

So, lots of stuff to build the set here, even if there wasn't a hit or numbered card.
Posted by buckstorecards at 14:16