Simply put, can I stay to a budget, and still get some nice cards both for myself, as well as to share with some others out there? 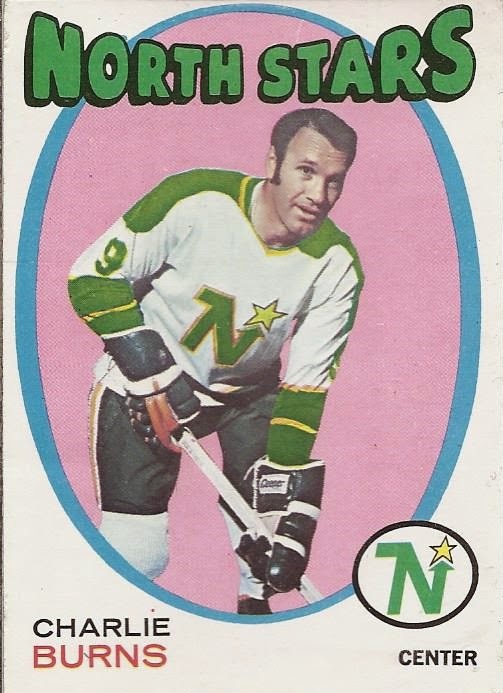 Let's open with my favourite acquisition of the day, and a look that should be familiar to anybody who busted some '14 Archives. It is back to 1971-72 with this acquisition of a Charlie Burns card from O-Pee-Chee. Charlie is a member of the 2-14 binder, and this is my second card of his. With his 1968 issue sitting in my inventory at COMC, I've now passed the halfway mark for picking up his complete run of OPC cards.

Since I'm a nice guy, I always try to look for pickups for others, especially those in markets where the LCS hockey selection would be negligible. These three Getzlafs will be on their way to P,TSIA sometime next week.. The interesting one here is the base card for 10-11 The Cup. I've never busted the stuff, so I never really imagined the base cards would be as thick as they were. There will be two auto/relics in the small envelope as well, and neither of them are as thick as the base card. 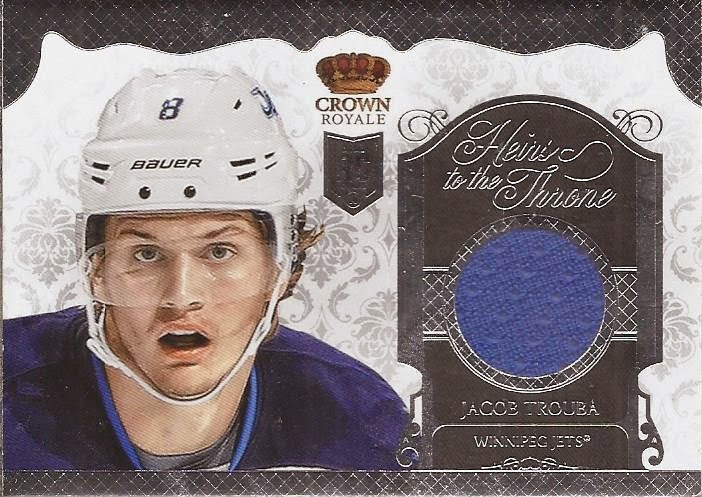 Also heading out mid-week will be this Jacob Trouba, heading to someone who can't have Too Many Manninghams. I was actually quite surprised to find the Trouba for a good price, since he's still at the sticker shock stage for most of the cards of his I've seen. The light blue on the swatch indicates it is from one of the stripes on the jersey, so it is nice to get something a little different. 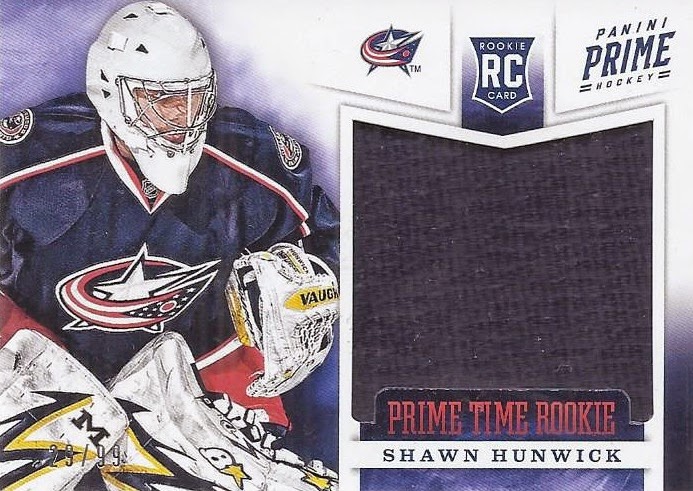 Speaking of different, this one wasn't. I thought I had already sent one of these out, but wasn't certain. At a good price, I didn't want to leave it on the table, so I picked it up. Turns out that this will be a dupe, but this one will make its home in my binders. I'm amused by the fact he wore Michigan colours while playing in Columbus. 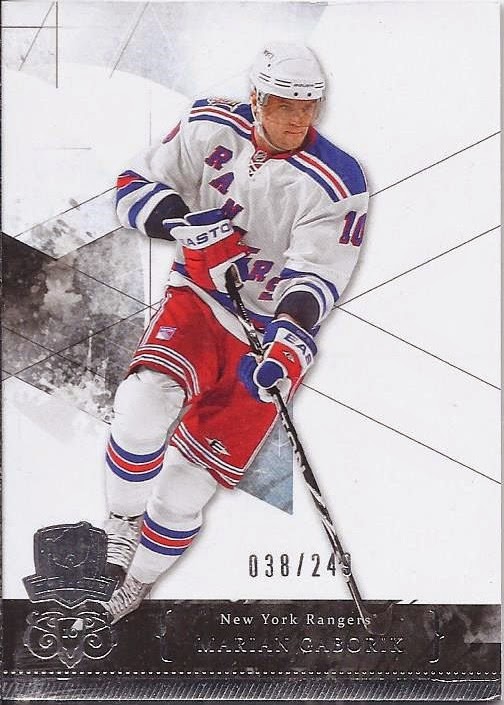 Now, back to cards for myself. The Getzlaf wasn't the only card from The Cup I picked up, since I also grabbed a Marian Gaborik for my 2-14 collection. That's my 62nd card of his. 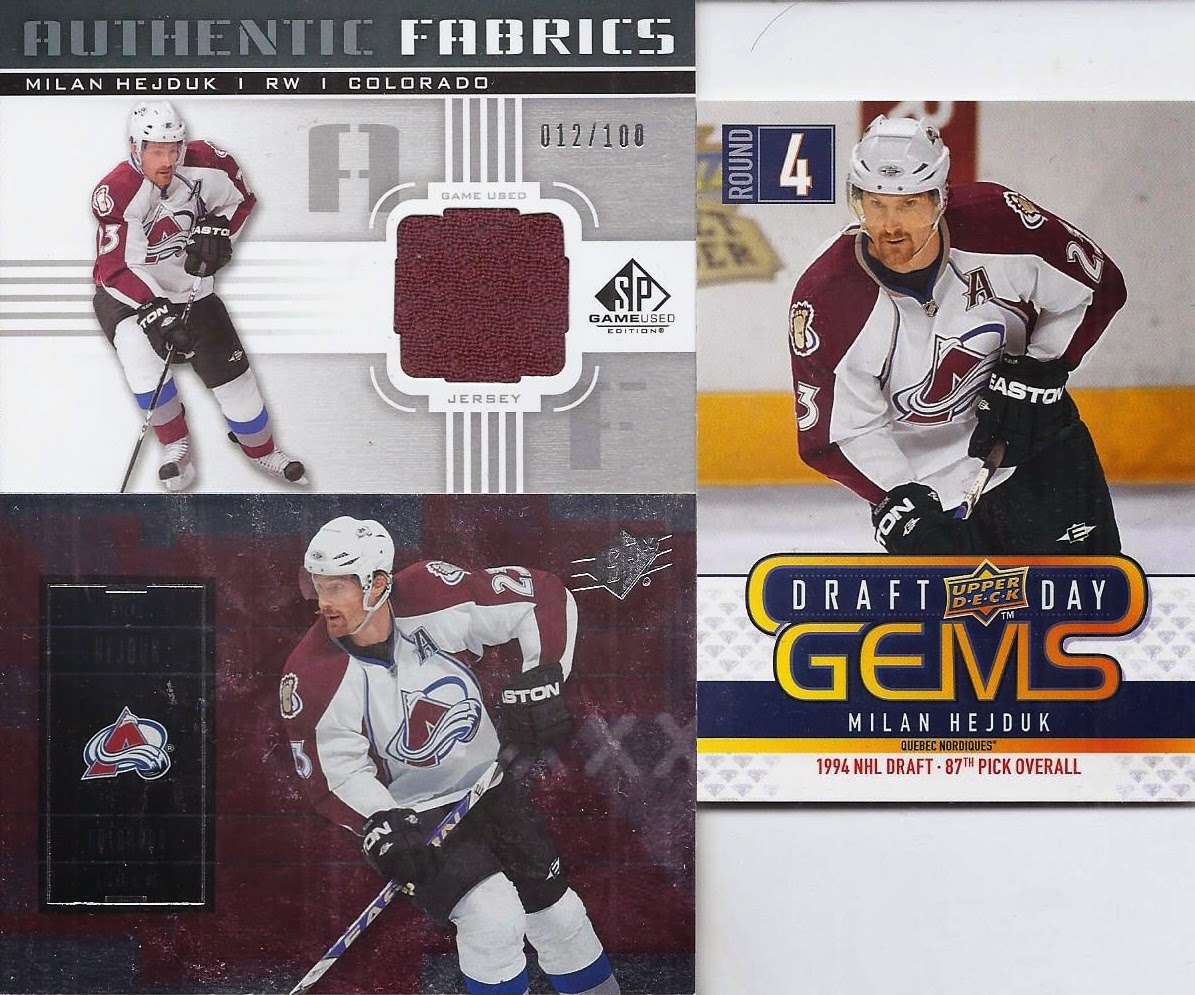 But 62 cards is not enough to maintain the lead, as these 3 cards mark the 61st, 62nd and the 63rd sleeve fillers of Milan Hejduk in my collection. This also includes my 7th relic of Milan in the collection. 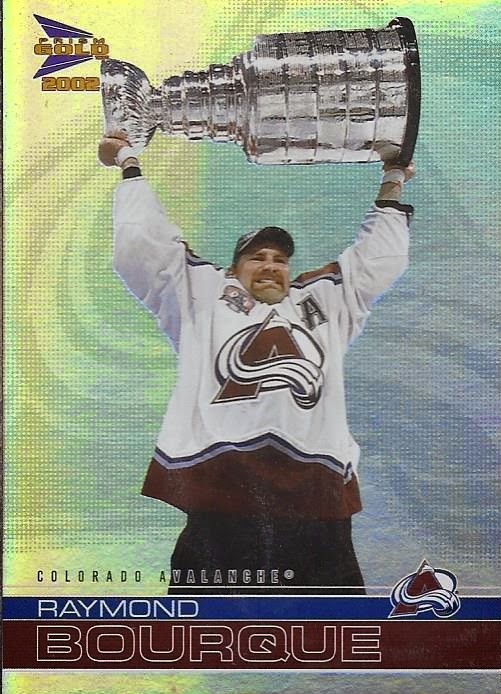 Staying in Colorado, seeing Ray Bourque finally hoist the Stanley Cup was one of the great moments in the game. I can't get enough of cardboard that commemorates it, even if it is on a gaudy issue from Pacific. It's also somewhat of an oddball, as it is from one of their McDonald's issues. 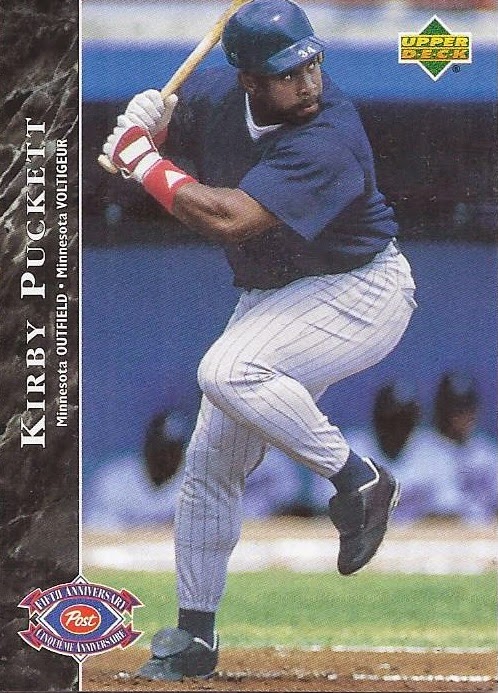 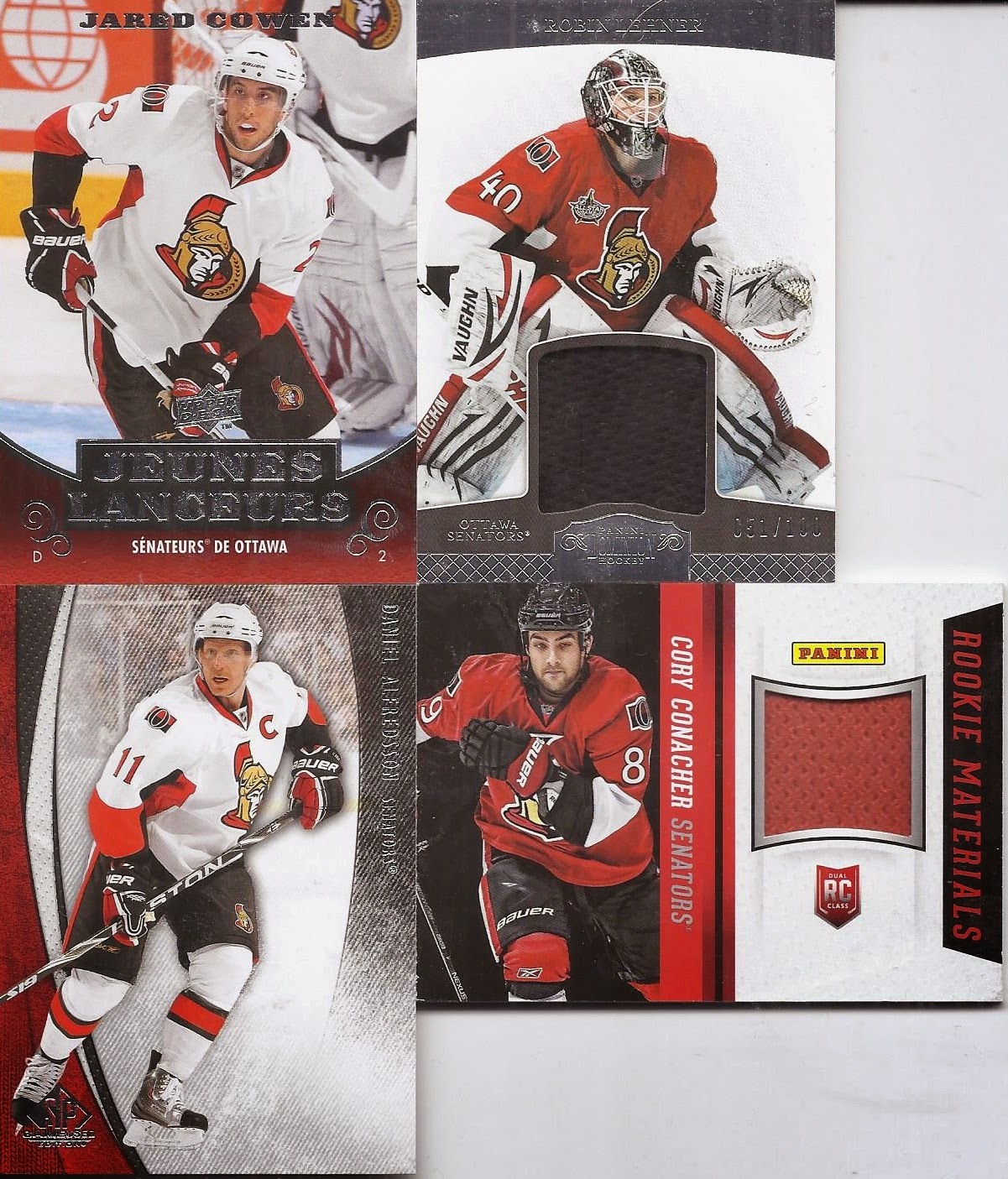 I also added a decent variety of new Senators to my collection. The easy winner here is the Young Guns (sorry, Jeunes Lanceurs) of Jared Cowen. I don't have enough French-only cards in my collection. As for the relics, the Robin Lehner is my first relic of his in my collection. The Cory Conacher comes from the 2013 Fall Expo packs. Cory didn't spend long in Ottawa, but it is still a nice addition. And there's one more Alfie for that binder. 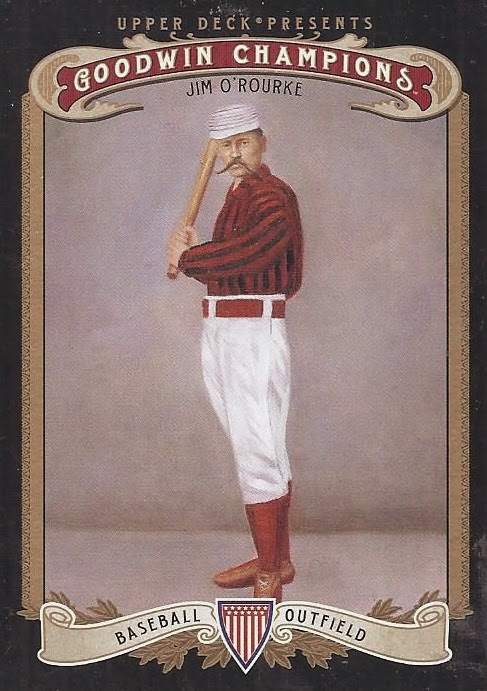 I love old-timey players on cards. 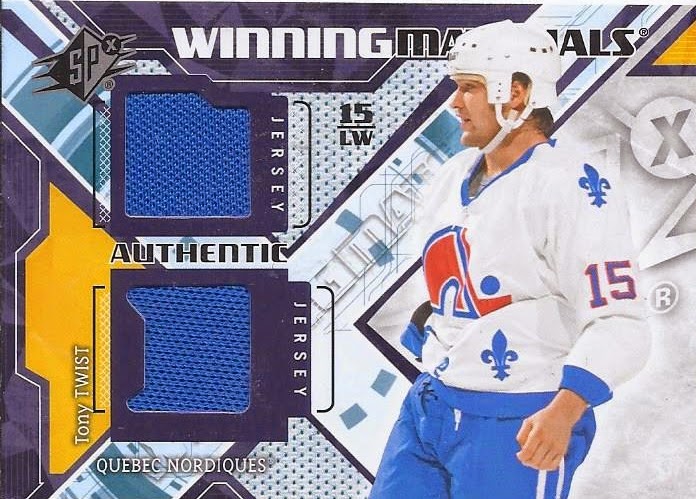 And to wrap this one, how about adding another Quebec Nordiques relic to my collection? And, like any Nordiques relic should be, it features the classic blue look. I picked up a Michel Goulet earlier this year, and unlike that one, there are no mysterious red splotches on either swatch. If anything, I'd be more likely to believe there was a strange stain on a Tony Twist swatch as opposed to a Michel Goulet.

And I still had about a dollar left in my pocket at the end of the day. Sadly, I didn't pass any Dollaramas on the way home to wrap up the day with a repack.
Posted by buckstorecards at 12:54