Once again, I was unable to resist the urge of one of the cube style repacks from Target. They consist of a storage cube that has 2 packs and 25 cards. I can always use the cube, and maybe there will be some odd gem in the rest. But, chances are that the cube will be the most valuable thing in the break. 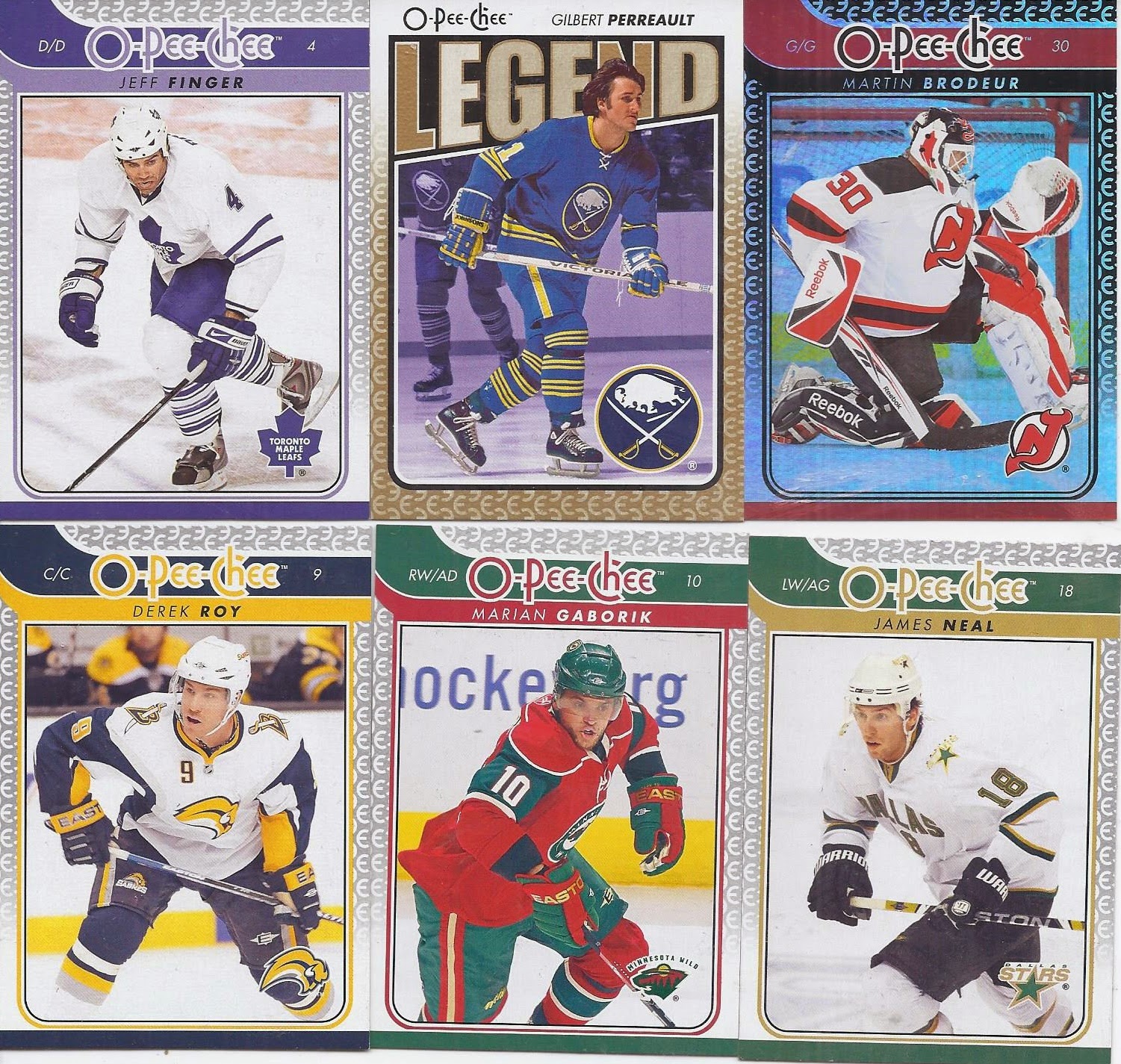 And it isn't a bad one at all. Lots of highlights for me here with a short print of Gil Perreault, a shiny Martin Brodeur, and a Rangers alum in Derek Roy. The Gaborik would also be a highlight for me, but it is a dupe of the 2-14 baby. 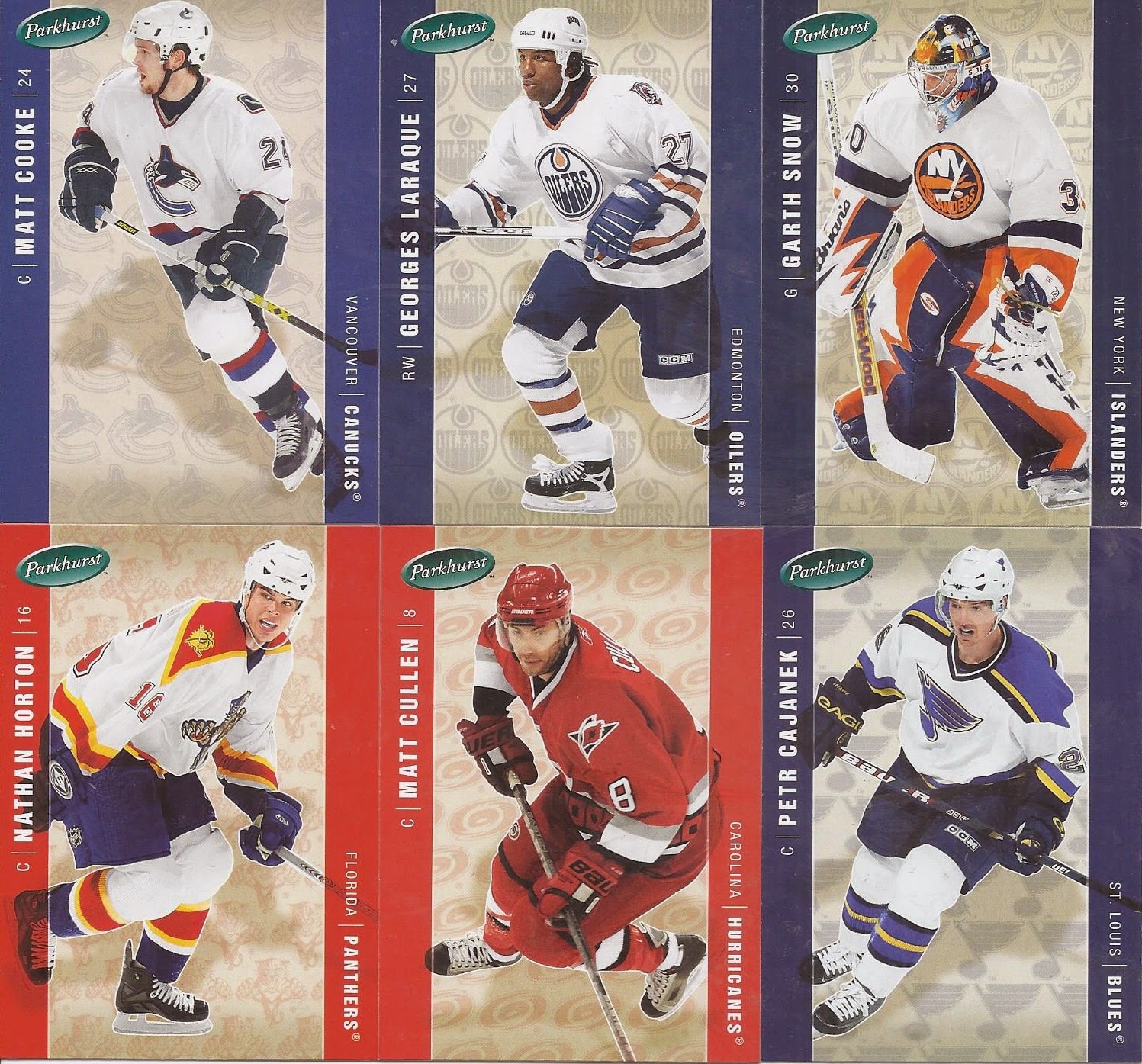 I admit that I'm not crazy about the design, but I don't have a Garth Snow with the particular snowman design in my mask binder. So, I'll still call this a win so far.

And the remaining 25 random cards.

Of them, 60 percent were either 90 Bowman or Arena Holograms Tuxedo.

Will I find something worthwhile among the 10? Yes! 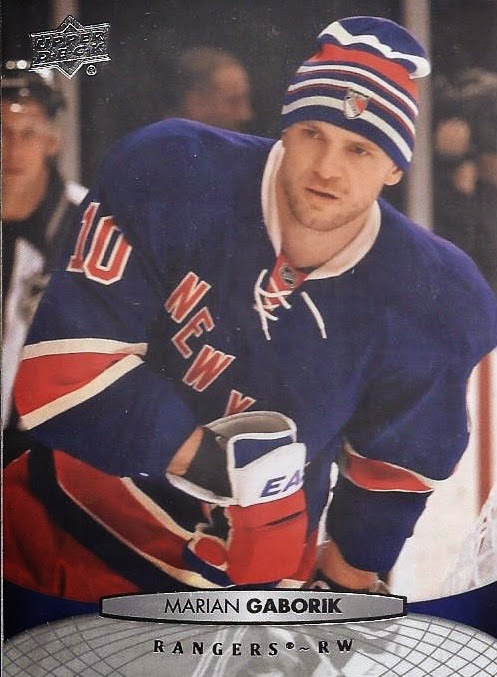 How did I not have this card of Marian Gaborik from an outdoor game in my 2/14 binder previously? Either way, this repack remedied that. And Gaborik now reclaims the overall 2/14 binder lead with 61 cards as opposed to Milan Hejduk's 60. It may not have book value, but I've certianly got my value out of this. 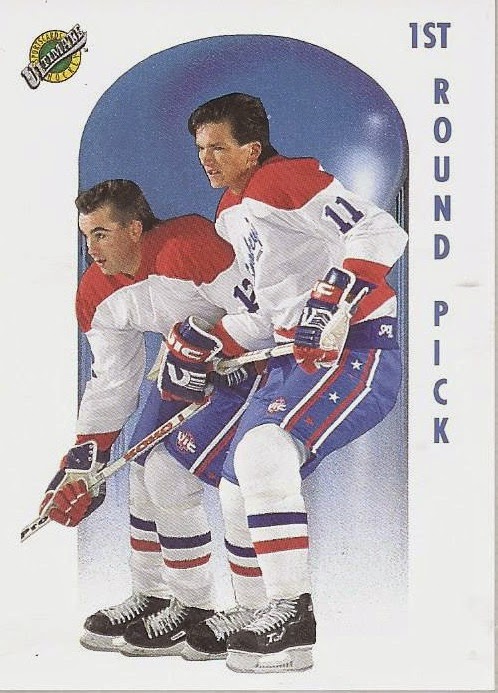 Another candidate for an awful photo in the Ultimate Draft set. So, which one of these guys is Pat Peake? If you were thinking, #11 because he's in the foreground, you're likely wrong. Pat's wearing #12 in another card in the set. #11 is Phillipe Boucher. Actually, they kind of meld together here, coming off like some 4 legged, 3 armed, two headed hockey player. Which would rule. 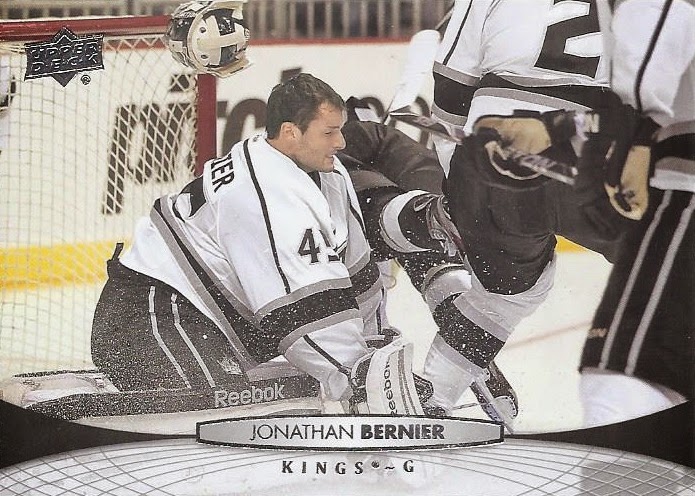 And to wrap up the random, here's a great shot of Jonathan Bernier. It's a shame that there's nothing much on the backplate of his gear, since that would have made an interesting card for the mask binder.

So, was the cube more valuable than the cards? I don't think so. Going by COMC value alone, the Brodeur goes for $2.44, so I guess not this time.
Posted by buckstorecards at 17:00