Blame it on The Raz

Seriously. Blame The Raz. Of the Raz Card Blog.

All the fault has to be placed right there.

Raz is one of the bloggers to chase down their very own version of the Jim Moore 1985 TCMA Ft. Myers Royals card after it was first posted here. As should everybody. It is the most surreal piece of cardboard I own.

In his post after acquiring the card, these two sentences appeared:

The card is in pretty good shape. Is it crazy to think about sending it in to be graded?

And then I remembered there was a Beckett booth at the Expo last month. Where people submit their cards for grading in person.

I went for it.

In the area, where people will submitting all their Young Guns cards of Nathan MacKinnon, Seth Jones and Tomas Hertl, I proudly handed over my Jim Moore.

And in the area, the booth workers were passing the card around and showing it off to everyone who would look. It produced usually laughter or amazement or some combination of both. I mean, it had to be by far the absolute strangest card they received that day weekend. I'm guessing the same thing happened at Beckett HQ.

I finally got this cardboard gem back. 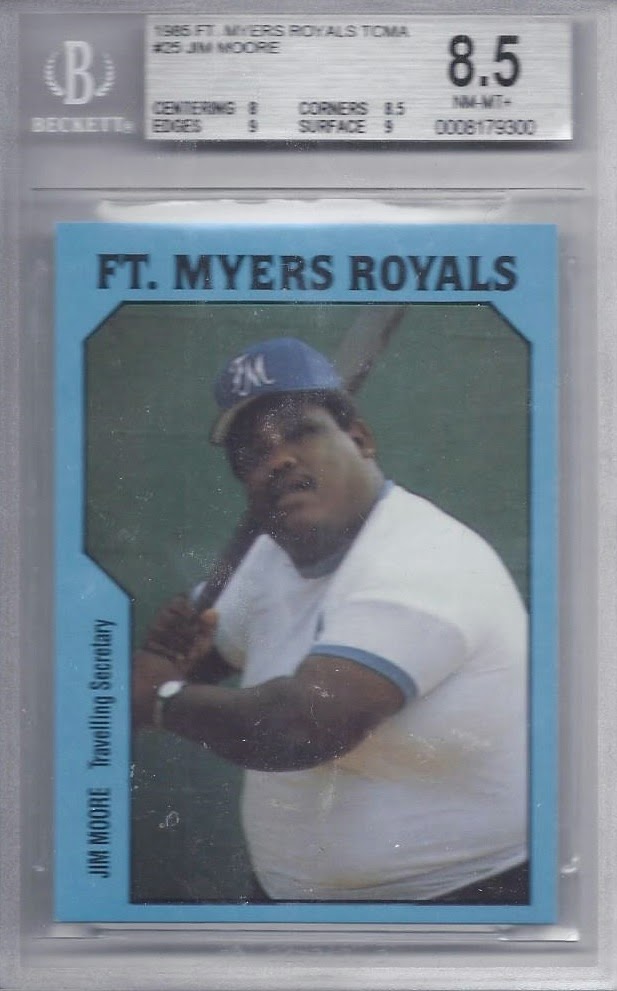 If any card were worthy of being encased, this is the one.
Posted by buckstorecards at 12:48