I didn't think stuff this came out until later in the week, but maybe the retail version dropped earlier. Or my local yokel Wally World is a rebel and put this stuff out early. 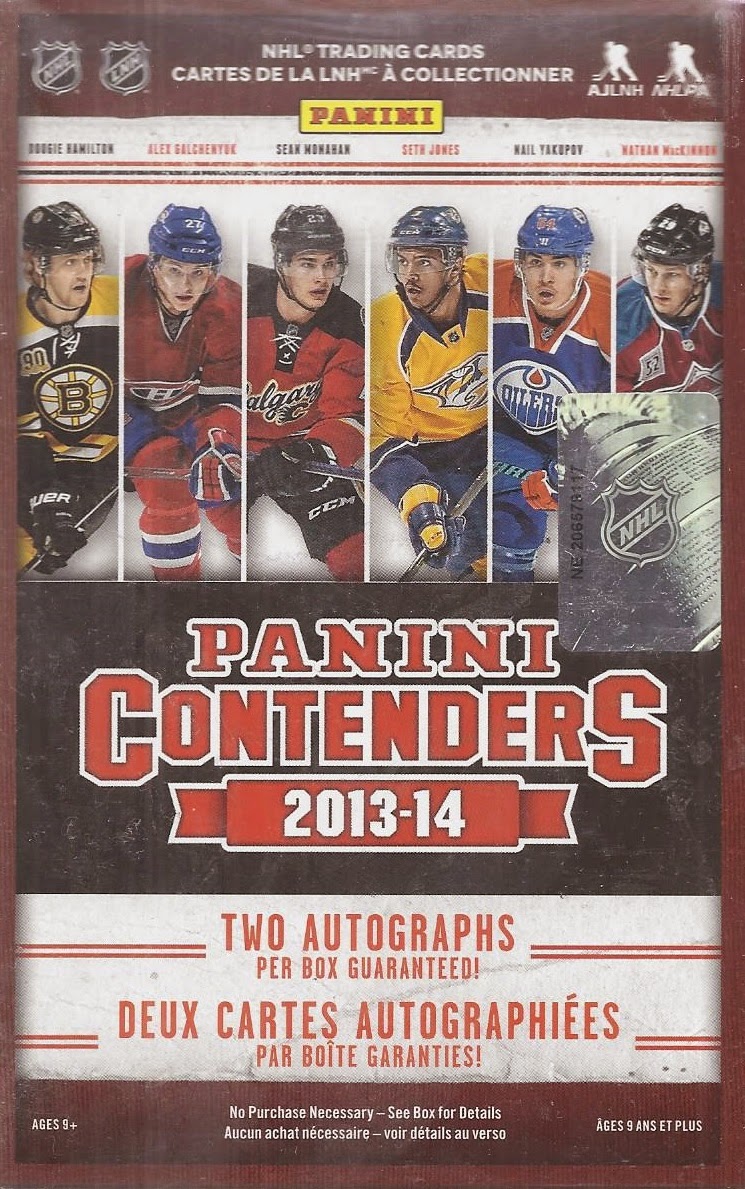 Two guaranteed autos for the cost of a couple hobby packs. Well, if I want to sample the product, this might be a cheaper option and I'll at least get a couple signatures. Even if the autos aren't the most spectacular names.

Spoiler: They weren't the most spectacular names. But at least I'd heard of one of the two guys!

Let's see. 20 cards per box. 2 autos, so that means 18 base. Perfect for scanning all the base cards into two images. Sam Gagner is my first card of the set. Much like with many of the mid-range sets, the look of the base is pretty much the same as the football contenders. At least this design can make for some good cards for the mask binder.

7 cards out of 18 are mask binder worthy. Fresh cards for that is always good. It's like Masked Monday without it even being Masked Monday.

And, now, the autos. 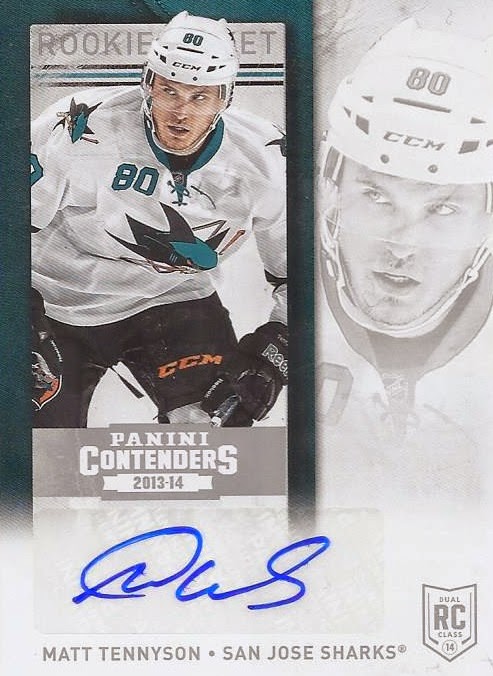 I have no idea who Matt Tennyson is. But his autograph was one of two in the hanger. He played 4 games in the 2012-13 season, and spent the entire 13-14 season in the AHL. But, maybe there's a completist Sharks fan that will want it. 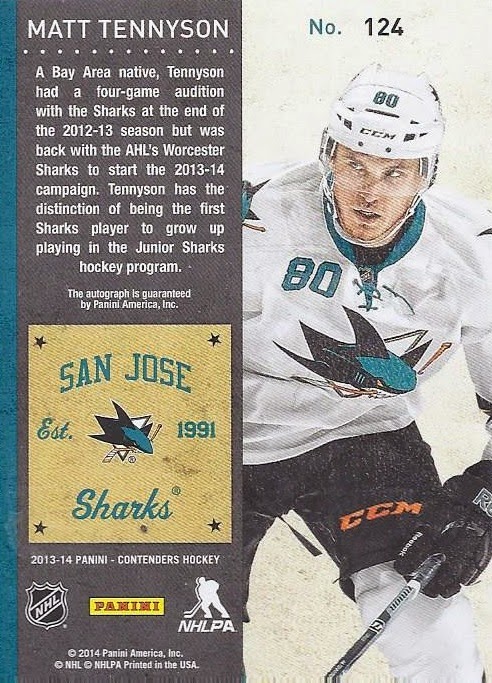 Here's the back of the cards. Again, pretty much the same as the base and the football issue. I'm not sure if they are using the same gimmick as the football set with autographed cards without stars on the back being SPs. 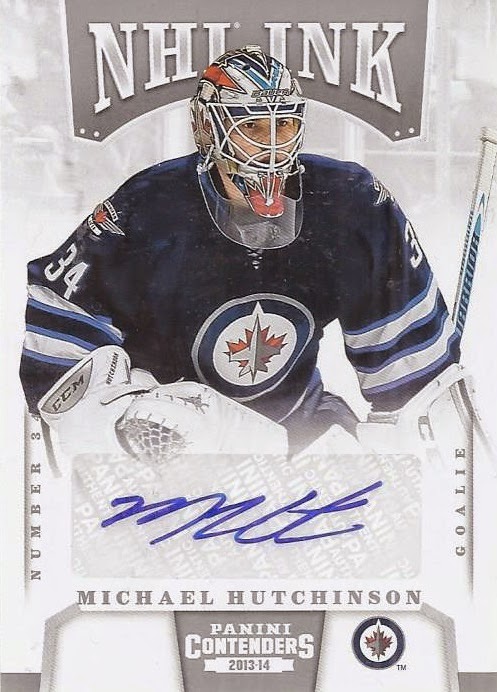 And here's the other hit. I only know of Michael Hutchinson because his rookie card was one of the last cards I got to complete my Score set. My 2012-13 Score set, mind you. His only experience prior to that was as a backup who never got ice time, but still got a card. I didn't even know that he'd moved on from the Bruins.

At least with this card, he has seen some action in the NHL, playing 3 games for the Jets this past season.

Since I love adding hits to my mask binder, I'll give the nod to the Hutchinson in the battle of the stickergraphs.
Posted by buckstorecards at 15:25