A great mailday from mojobreak arrived today. I picked up the Mets blindly, without the available checklist, besed on the previous 2 sets which contained a lot of Mets autos. When the checklist came out, there were 5 Mets on the fan favorites list, and I liked my odds on getting a couple of them.

I ended up batting a very impressive .800 on the auto front. 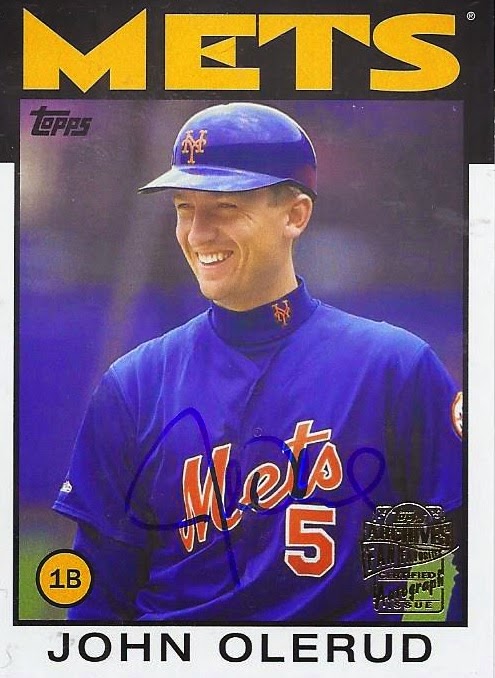 First up, someone who will me making a very desired debut in my autograph collection - John Olerud. He doesn't have too many out there, and prior to this doesn't appear to have any as a Met. I was kinda worried when I saw it would have blue ink over a blue jersey, but it does show up pretty nice in hand. 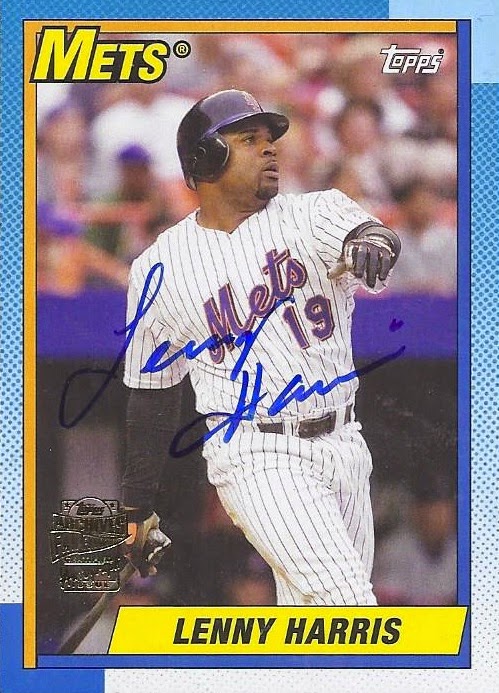 Now we are into the best thing about the Fan Favorites subset: Autographs of players who you'd never think you'd see with a certified autograph. I can't imagine that I'd be acquiring an auto of Lenny Harris in 2014...and as a Met. I guess my only complaint about these first two is that they chose to use a design that didn't correspond with a year they were on the team. But that's minor when it means adding a couple of interesting autos to my collection for the first time. 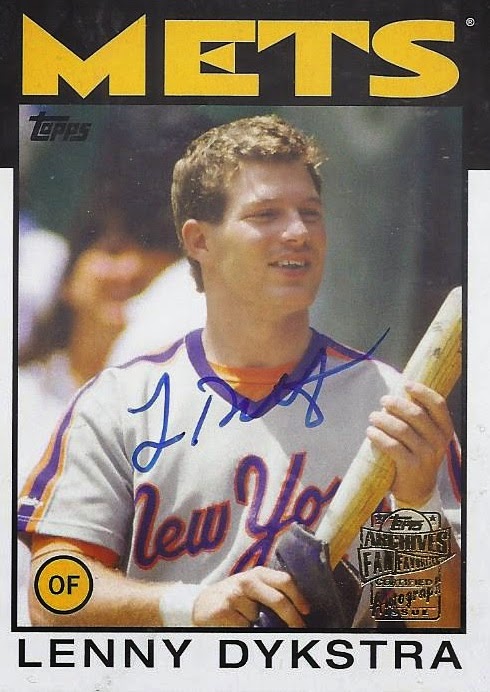 This is my second Lenny Dykstra auto, having pulled one of his from Hometown Heroes last year. But that was a sticker auto, and since it was a "Signed by the Enemy" card, it was probably technically a Philly hit. But this is a nice on-card Mets auto. And the auto is perfectly placed so as not to blend in with the jersey design. 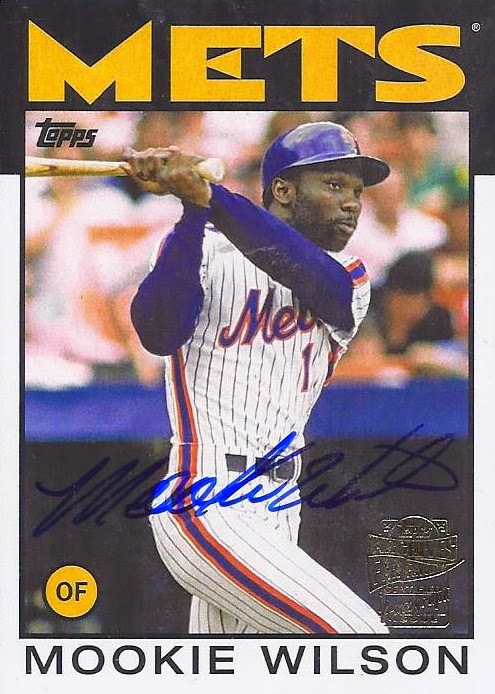 And here's my second Mookie Wilson autograph! This time, though, the auto does kind of disappear in the background.

So, that means the Howard Johnson auto is the only one I need to complete this portion of the Mets set. If you've got that, I've for a Tanaka SP or a Graig Nettles auto if you want to trade.

Autos out of the way, let's keep going with more Mets from this set. 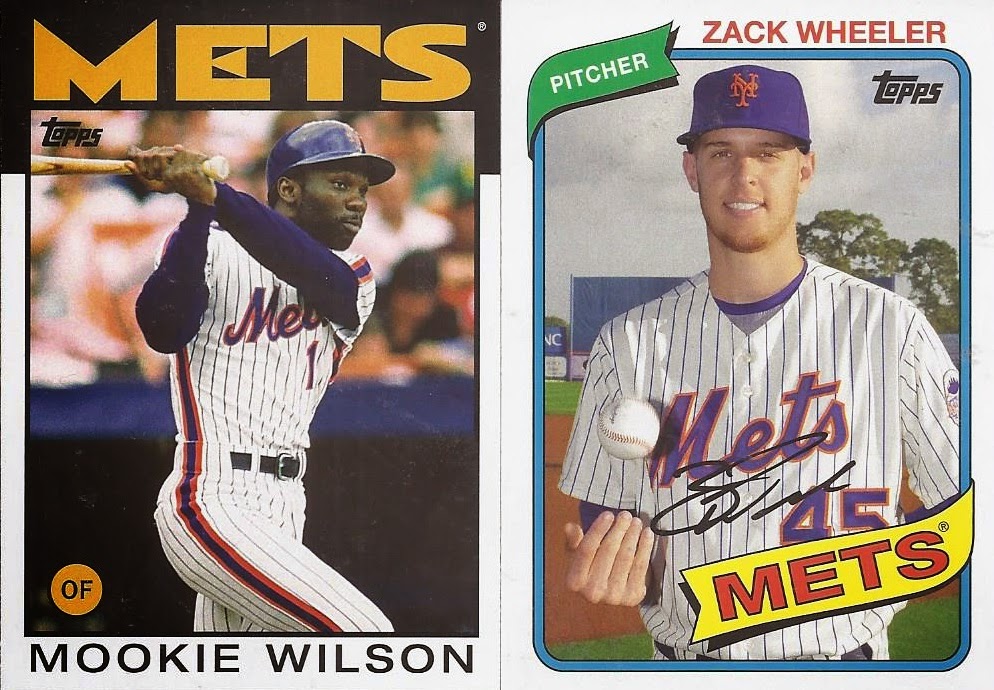 I got these SPs as well. I'm missing the Olerud SP from this. That means it is feasible that someone could bust a whole case of the stuff, and still not get a complete set. Ouch. 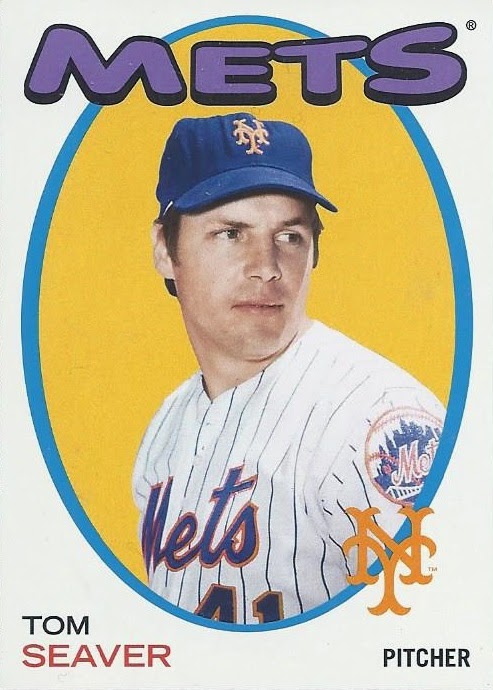 But I did do pretty well in terms of inserts. By far my favourite is this salute to the 1971 hockey set, with this Tom Seaver.

With all the All-Star cards I've been pulling from repacks lately, I really enjoyed ending up with the complete set of Mets inserts from that insert set, and a second set of these as well. The second subset is trade bait for a Mets fan.

And some Deckle Edge cards. All of these are reused photos from this same set, either being used in the base or auto'ed cards. Ugh. 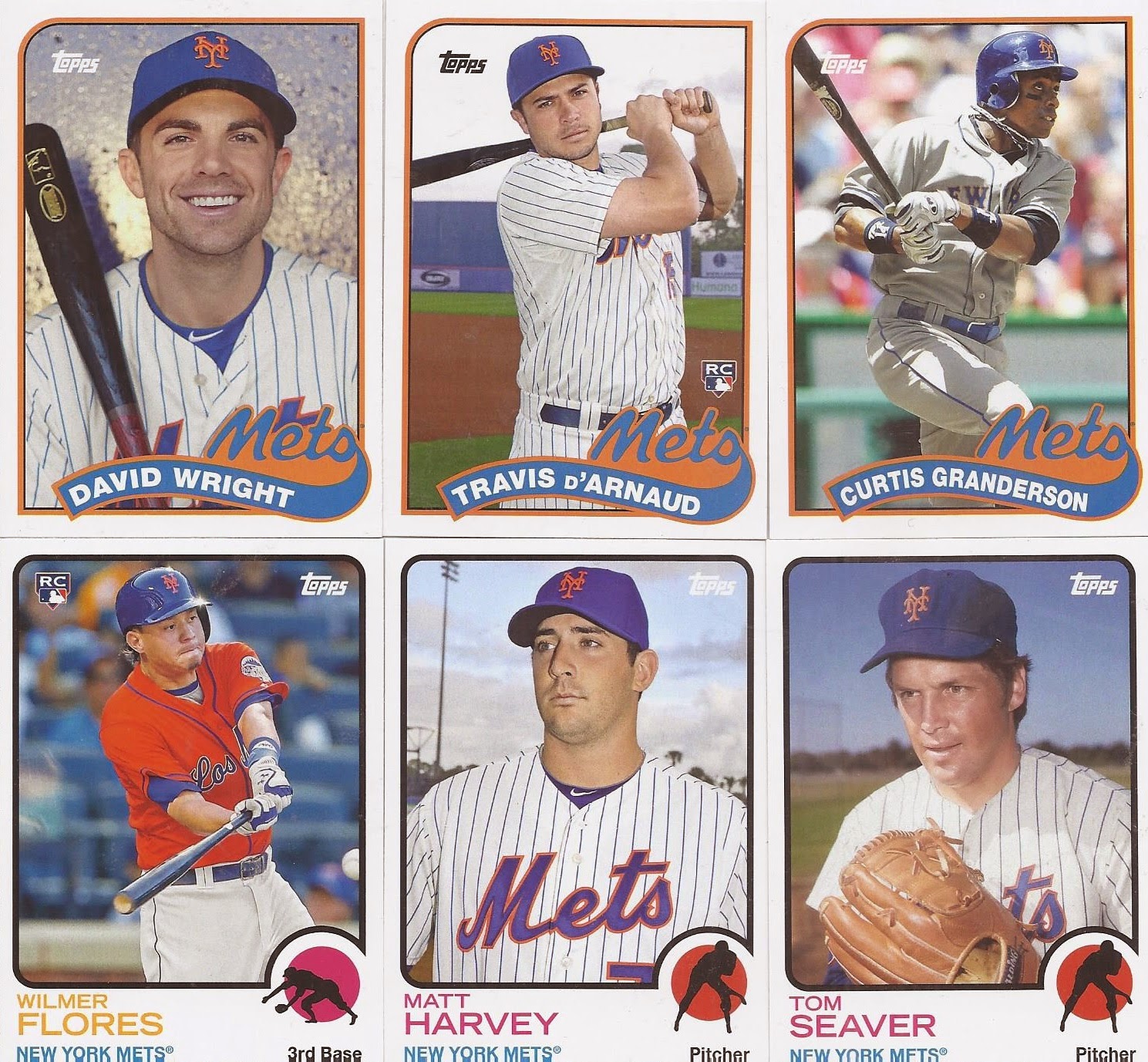 And I got about 8 each of the non-SP base cards. While both the Wright and the D'Arnaud are some great posed shots, I've got to pick the most obscure of the 6 with the Wilmer Flores as my favourite here, based on the Los Mets jersey. It's the same reason that the Manny Acosta was my favourite in 2012 Update.

So, there's a whole lot of Mets.

Back to repack land next time.
Posted by buckstorecards at 08:17