Let's see if I can clear out enough room in the box for when the third envelope shows up. 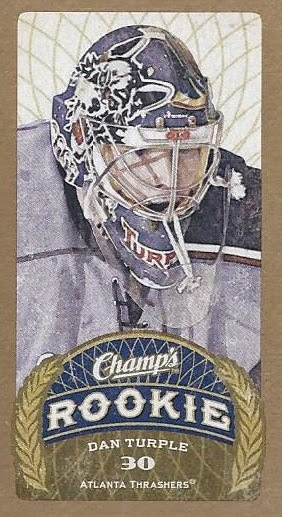 Here's someone entering my collection for the first time, but despite the close up on the mask, this mini won't be on its way into the binder for the time being. At least until I pick up a second card of Dan Turple. This card will be part of my Kitchener Rangers alum collection. I thought that the Gibson I picked up a while back would be the Frankenset completer, but I missed this card. Dan's only time in the NHL was as a bench backup, but that's still enough to get you a card. He also has a card in MVP which featured the other side of his mask, which had the Thrashers logo.

As it stands, this is Goaltending Gallimaufry (TM: Card Boarded) 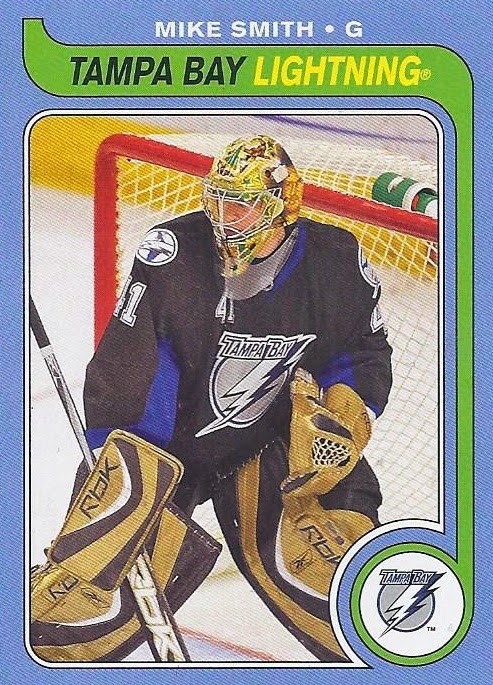 Mike Smith probably still has my favourite current mask with his salutes to Wile E. Coyote, but here we have him still sorting Stars colours while in Tampa. 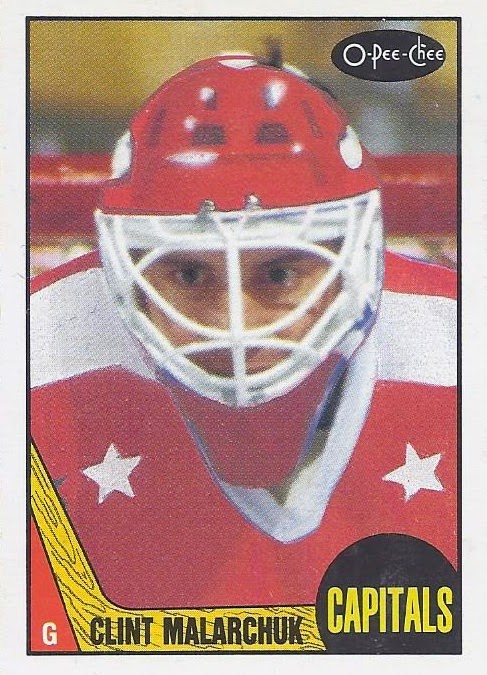 I guess this could have been Goaltending Gallimaufry as well, if the fine folks at OPC didn't offer an extra tablespoon of gruel to somebody for airbrushing the mask as well as the jersey. 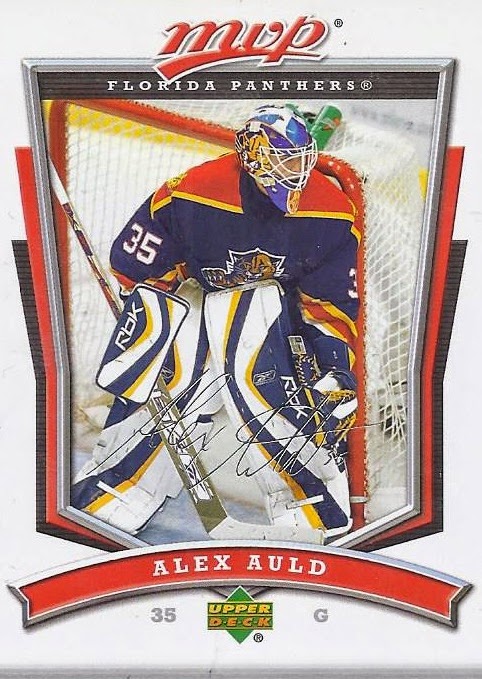 So, I'll wrap this up with something where the mask and jersey meet perfectly. Auld's masks varied from the very detailed, to the most basic usage of just the team's logo. It worked perfectly when he used the Senators helmet in his design, and it also works nicely here with just the simple panther.

And there's four more cards out of the box.
Posted by buckstorecards at 13:51