And the hits keep on coming! 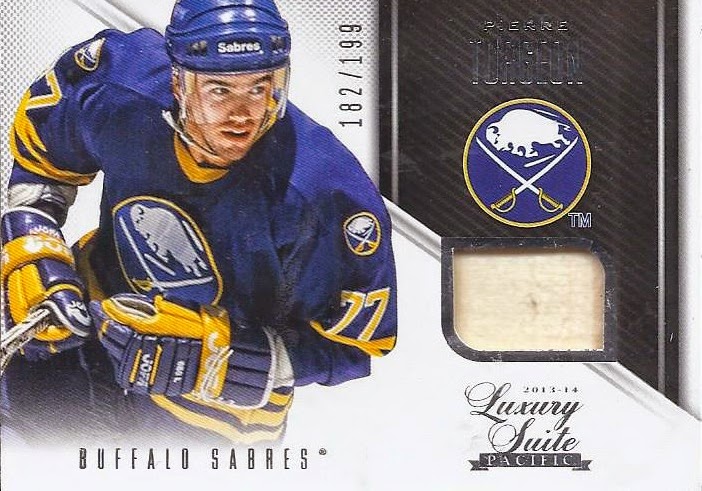 It leads off with my favourite hit from the box. It's a stick relic, and it is from someone who I wouldn't expect to find in this set. Pierre Turgeon! I'd like to think it was planned for this, but in reality, I just know that it was an example of "Crud! We've lost our license and have this stick around Panini Central." "Just use it Anthology." "Perfect!" Whatever the logic, I'm not complaining about this great pick up. 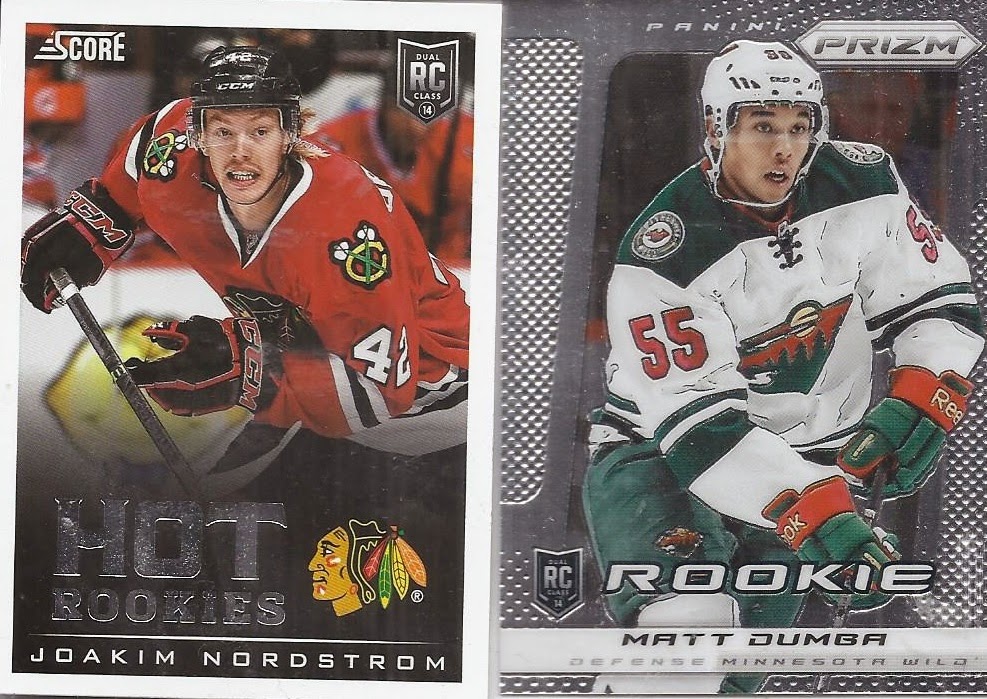 Not too bad with the inserts as well, adding a Matthew Dumba to the mix.

And the base. A nice mask, a nice Sen and Iggy! 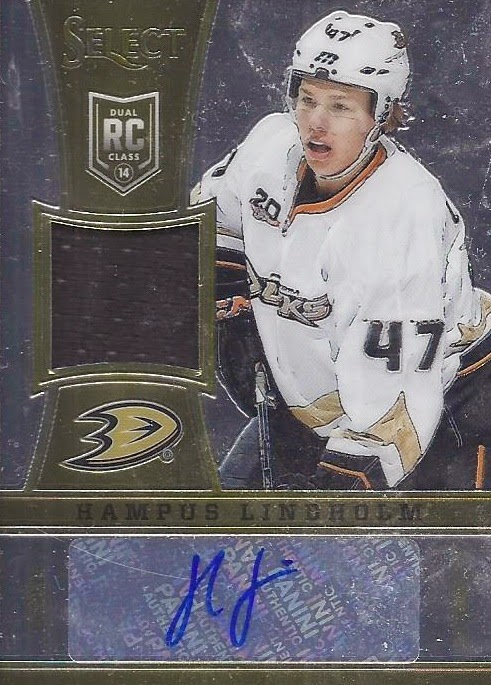 It is a Ducks hot box! 3 auto relic in the box, and 2 of them were Anaheim. Nice effort on the autograph, Hampus. This card is /199. 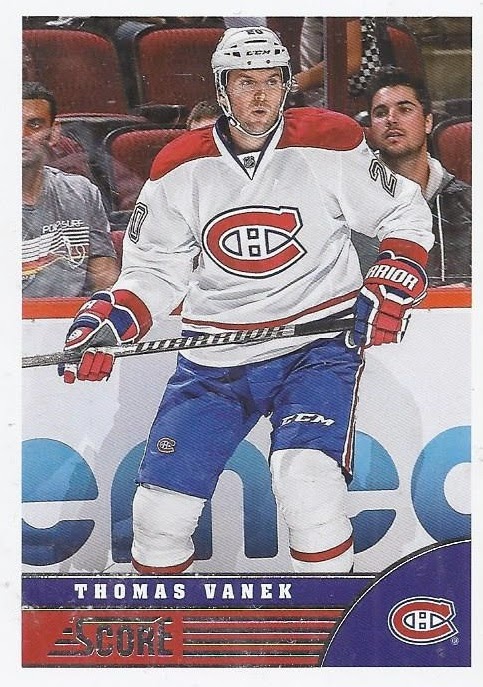 Only one other insert here.

And your base. I'm not sure if I'm going to go for the base set or not, but if I don't, there's two mask binder and a TMM card in this group. 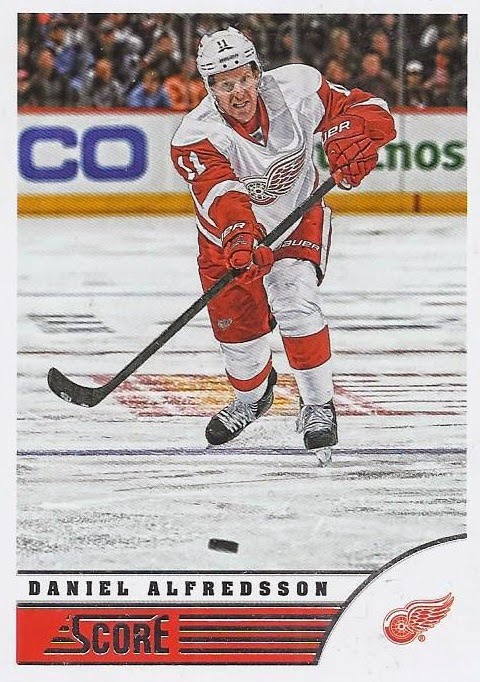 Leading off with one of the Score inserts? When it is an Alfredsson, that was a given. 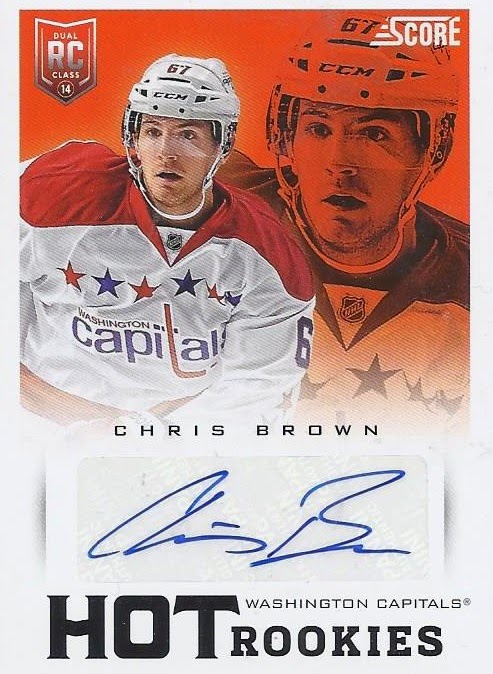 Packs 7 through 9 were 3 for 3 with hits, as this one was in this pack next to the dummy card. I'd hunted down a couple Chris Brown hits for Dennis @ TMM. Turns out I wouldn't have had to, as this card would have sufficed. Since he went in midseason from the Coyotes to the Capitals, I'm guessing this is his first hit as a Capital. Although I'm guessing this is a sticker signed way back when.