For less than half the cost of a box of Rookie Anthology, I jumped in another mojobreak case break of the product. I grabbed the Senators, and on a lark, picked up the Devils as well. I ended pleased with the Sens cards I grabbed, and REALLY happy with Devils.

But, I'll start with the Senators. 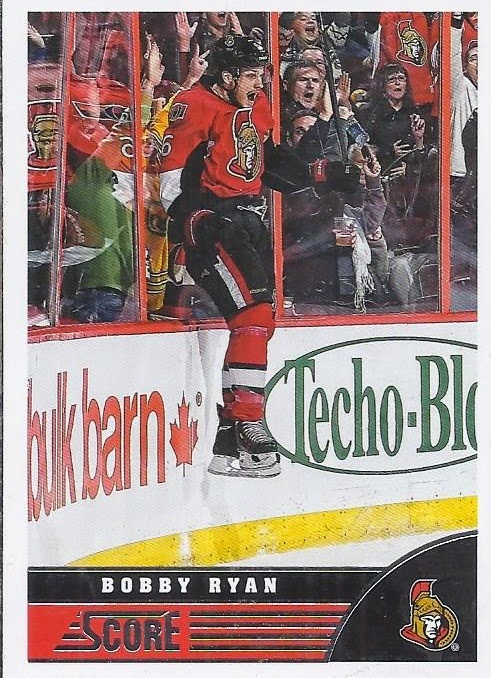 With their license on their way out, I wouldn't blame Panini if their photo choices for the Update Series were bland. But, at least for this card, they really weren't. This is a gorgeous addition to my 2013 cards, and really follows the theme of celebration cards set out in the original base set. 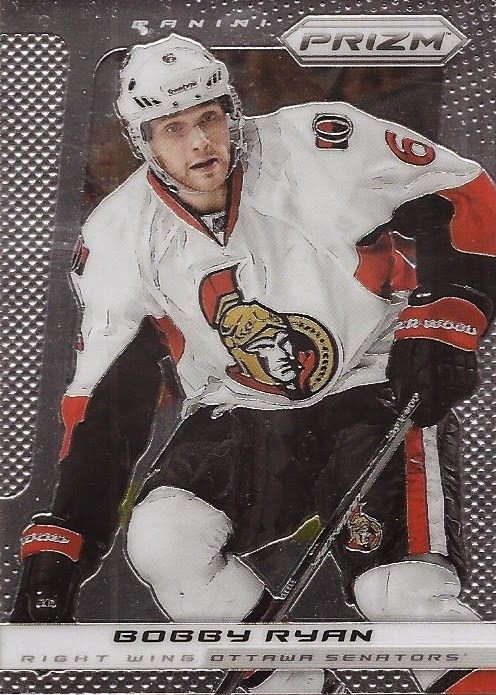 His Prizm card is nice, but isn't really close. 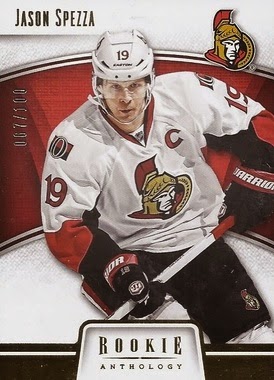 Another really nice Senator card for my hits/numbered card collection is the /100 gold parallel of Jason Spezza. Even if Jason is on his way out this off-season as the rumours indicate, this is a nice addition to the guy whose is second overall numbers wise in my Senators collection. 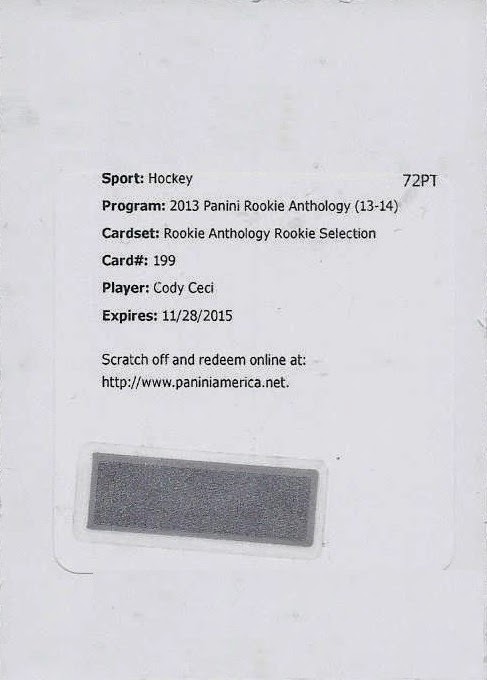 Hopefully, Cody signs his stickers sooner rather than later. I really wanted to get a Ceci hit from this product, and I'll wait as long as it takes for the redemption to come through. He's the only Senator rookie with hits in the set. Kinda. The only other player making his Sens debut in the set is Alex Grant via Select, but he's pictured as a duck, and has not played a game yet for Ottawa.

I also got the base cards, which means I've currently got enough Erik Karlsson 2013-14 Rookie Anthology base cards to wallpaper a small room.

So, the Senators performed nicely, but it was the Devils that really came through. 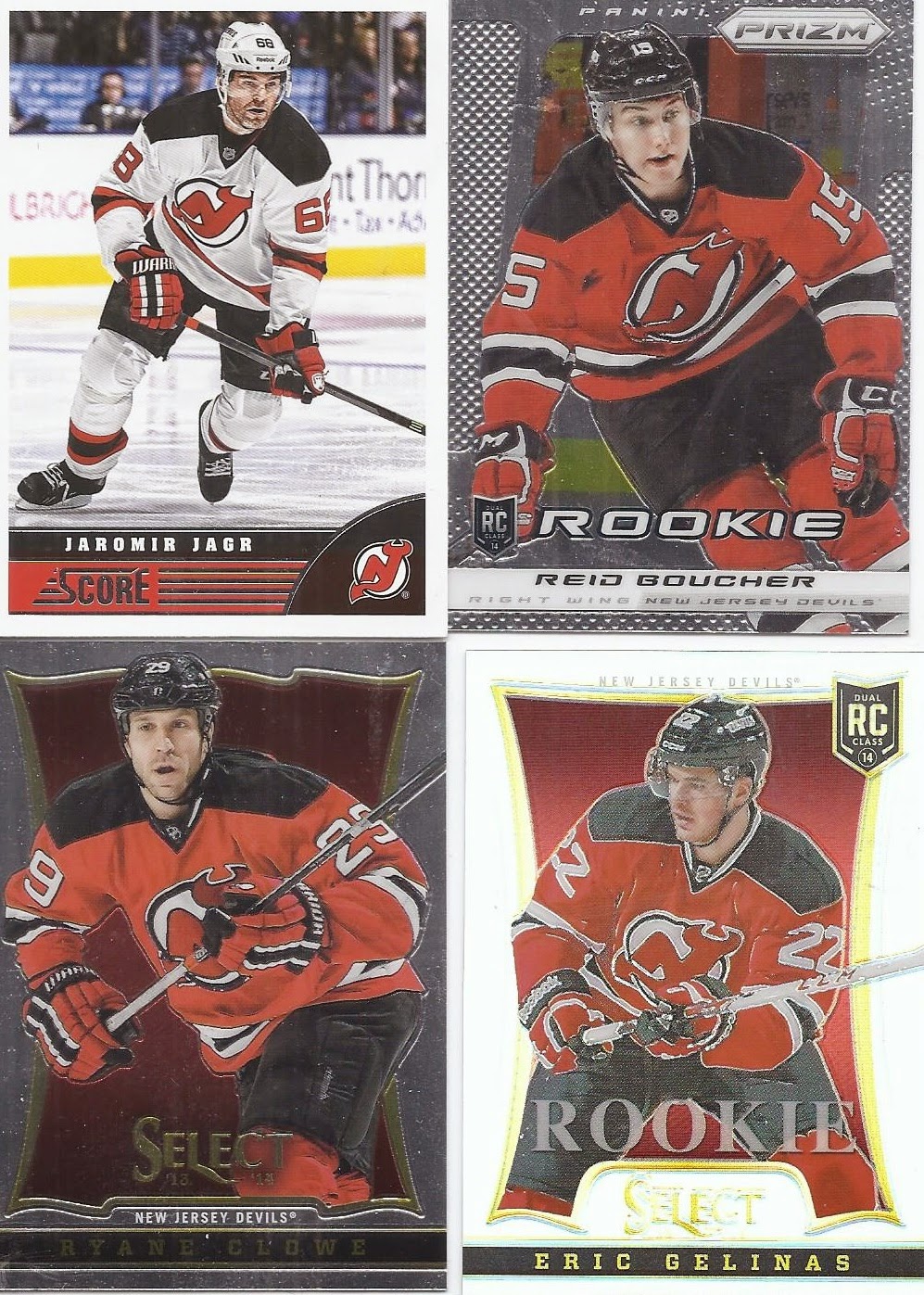 An interesting start to it with a variety of inserts, including one of two shiny Prizms that came my way. The other one? 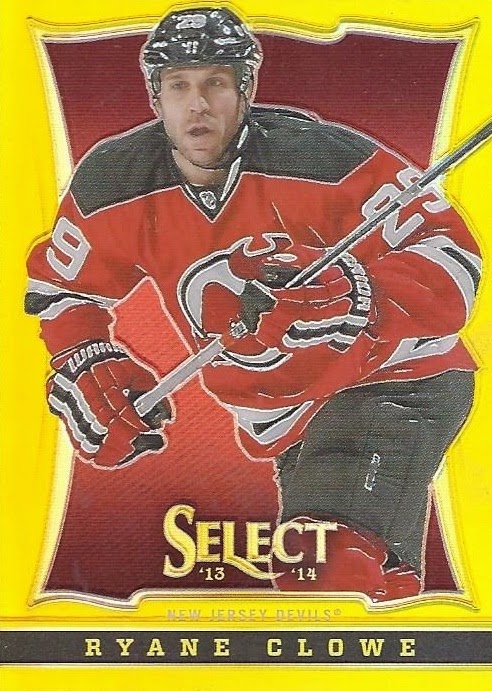 A beautiful gold /10 of Ryane Clowe. Panini might be parallel crazy, but this really does feel like a special card. And now, on to the Devils hits. Here's some more Clowe love, with an auto of his. *cough* Sticker dump. 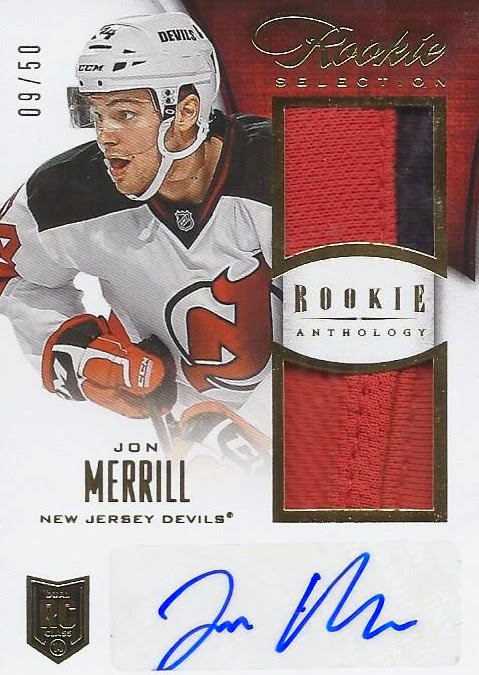 Second up is a card I'd love to keep, but won't. Jon Merrill is a Wolverines alum, and this card will join the Chris Brown auto on its way to TMM. He might have problems staying on the sticker, but those are 2 nice, thick swatches.

One more hit to go, and it was easily my favourite pull. Even moreso than the Cody Ceci. 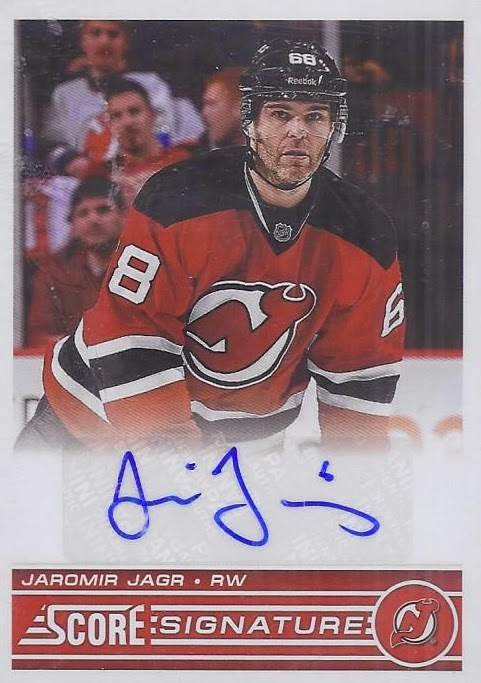 It is a stickergraph, but that's the only bad thing I'll say about this. Jaromir Jagr does not have a lot of autographs out there, although they've become a little more common over the past season. Either way, they still aren't cheap. But, it is an autograph of someone who is surely going to be enshrined in the Hall of Fame, should he ever retire. As always, I can be had, but this will not be easy to pry from my grasp.

So, 4 hits for half the cost of a box, and a pair of numbered parallels. I'm happy with these goodies.
Posted by buckstorecards at 06:47