Time to dig into the hits in Box #2. All 5 of them. Again, all of these came from thick packs that either thick due to the hit, or to the fact an auto was beside a dummy/blocker/decoy card. So, if you are buying individual packs looking for hits, thick ones will almost certainly carry them.

But, all the good rookie base inserts I pulled this morning were from thin packs, so take that advice with a grain of salt. 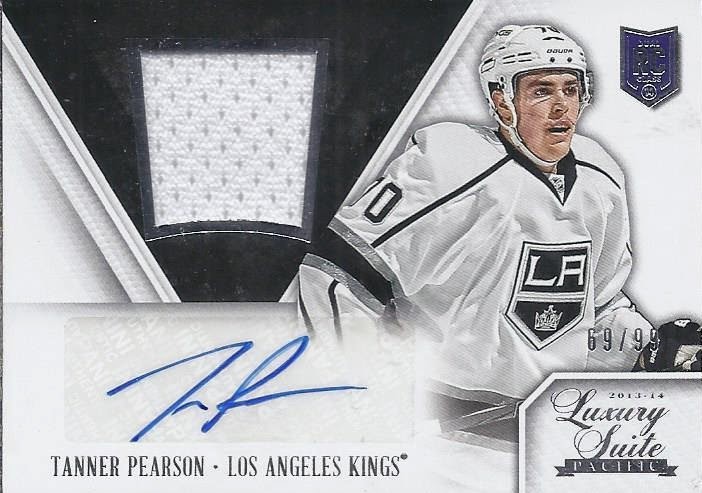 My first hit was actually one for a player that I collect. Or more accurately, that I was planning on collecting. Here's sorta Kitchener Rangers alum Tanner Pearson. While he didn't play his OHL days in town, he's a local kid that worked as a stick boy for the team prior to starting his OHL career in Barrie. So, I guess he does kinda fit into my Rangers alumni collection. It's nice to pull a hit of his as my first card of his. 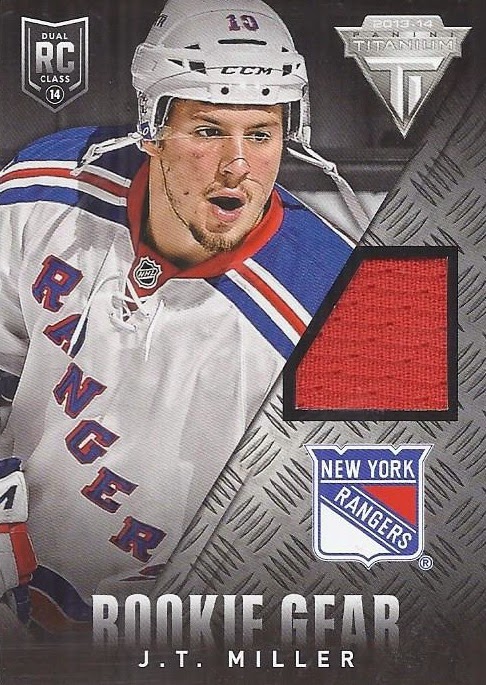 Second up was this JT Miller from Titanium. So, either way I've pulled a hit from a 2014 Stanley Cup winner. 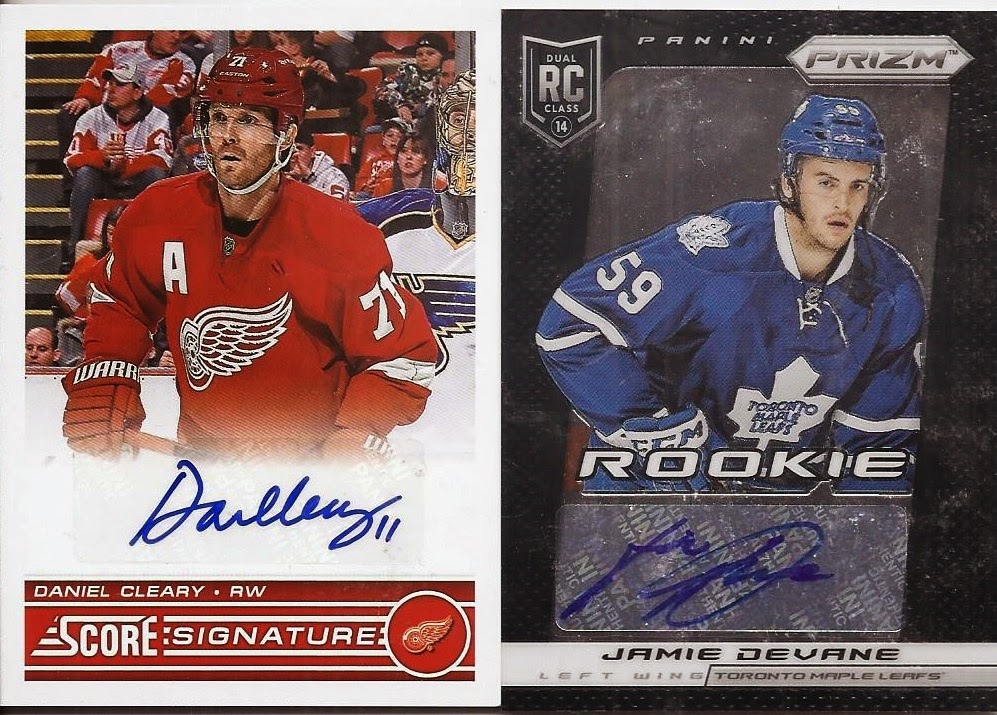 Next up, out of packs #5 and #6 were this pair of autos. Despite the colouring, the Prizm of Jamie Devane was not numbered. Also there was a sticker (dump?) auto of Daniel Cleary. I've pulled 4 cards with only autos, but two of them were Leafs. Ugh. Just my luck. But I am happy to get the Cleary, since he is the answer to an odd piece of hockey trivia, as he was the first person from Newfoundland to hoist the Stanley Cup. 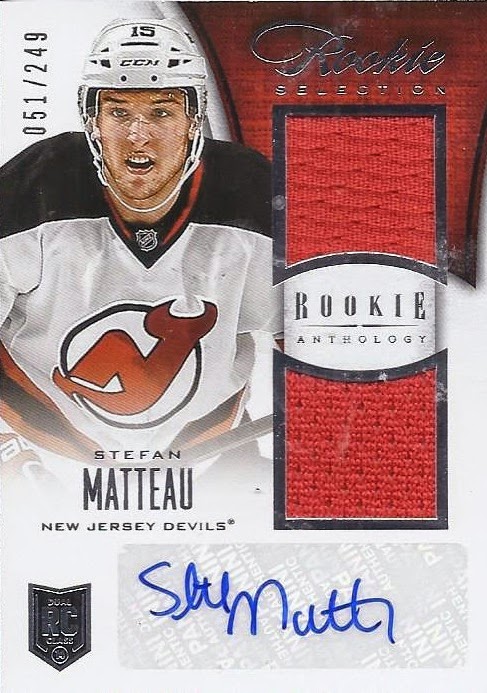 And the final hit was the rookie selection. Stefan Matteau saw no action in the NHL this past season, playing entirely in the AHL in Albany. But, he's only 20, so there's plenty of time to see more action for this second-generation player.

Maybe I'll call it a draw and pick up a third box to try and break the tie.
Posted by buckstorecards at 16:44