I'll try a pack of everything, especially if you get a decent number of cards in the pack. I didn't see any base packs of Bowman (if there even are any), so I picked up a jumbo instead. I'm pretty much sure I'm going to limit this to just one pack, as collating this set would be a nightmare. The rookies and veterans are separate, but there is nothing to distinguish them in the numbering scheme from the others. Baseball has the BP prefix, but not with football. 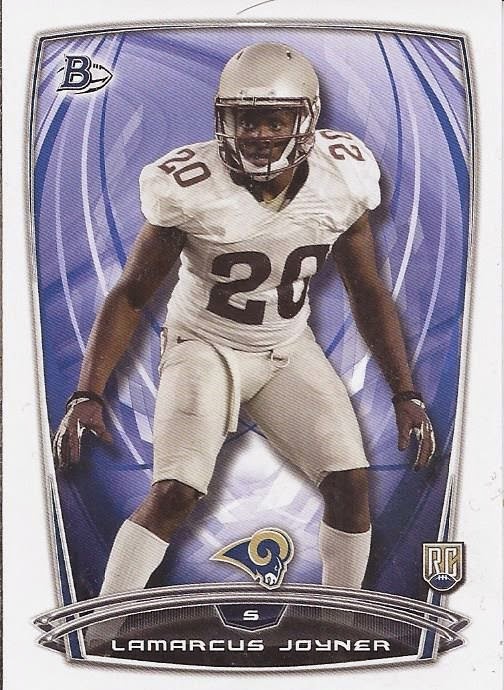 LaMarcus Joyner - The good is that although the college logos are 'shopped out, at least the team logos appear, and the background is the colours of the team that drafted them. I also like both the football logo and the RC logo.
Jerome Smith
Charles Sims 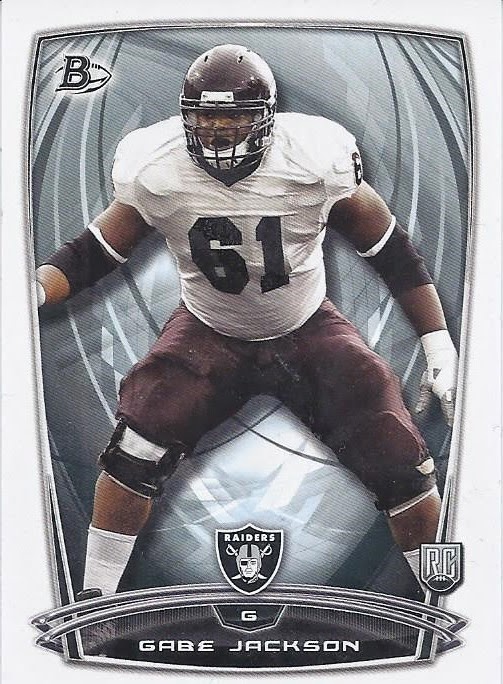 Gabe Jackson - Now I have a football player I can send cards of when I send PWEs on the way to the clubhouse. He's an OL guy, so he might not have too many cards over his career.
Dominique Easley
Bradley Roby
Kyle Van Noy 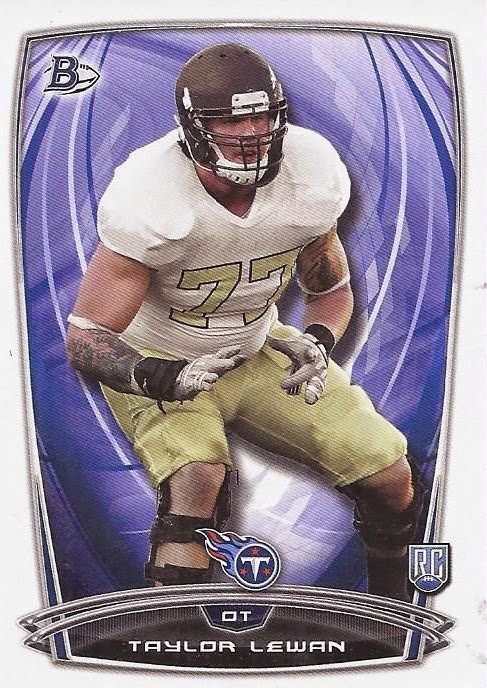 Taylor Lewan - More OL guys, with this one destined for someone that can never have Too Many Manninghams. 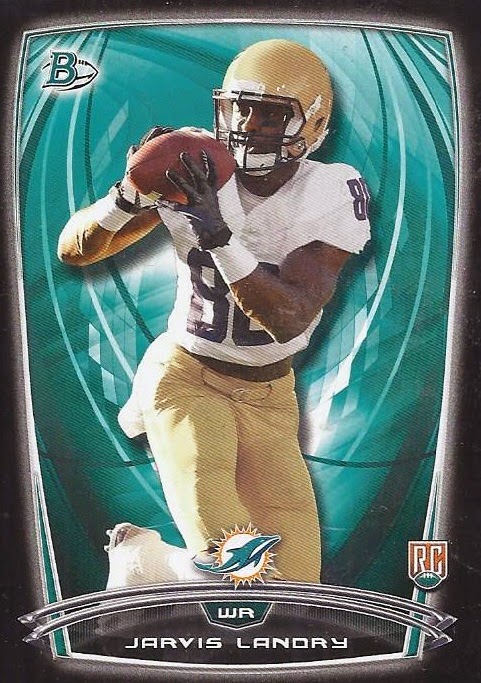 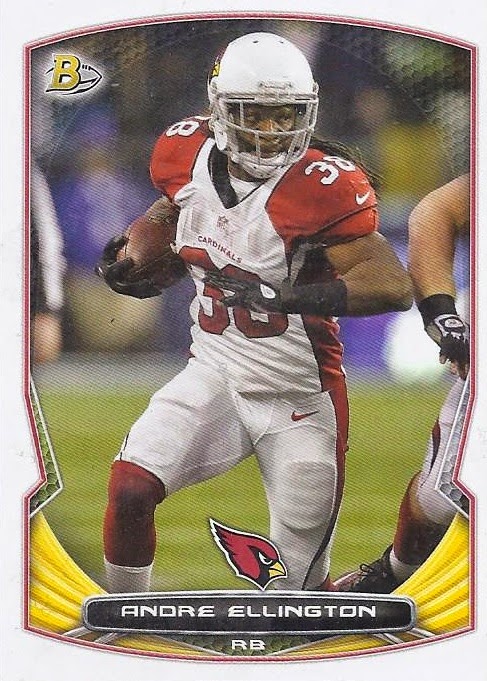 Andre Ellington - And here is the start of the base. Much like with Score, some rather unspectacular photo choices in these.
Jordan Cameron
Eddie Lacy
Matthew Stafford
Terrelle Pryor
LeSean McCoy
Knowshon Moreno 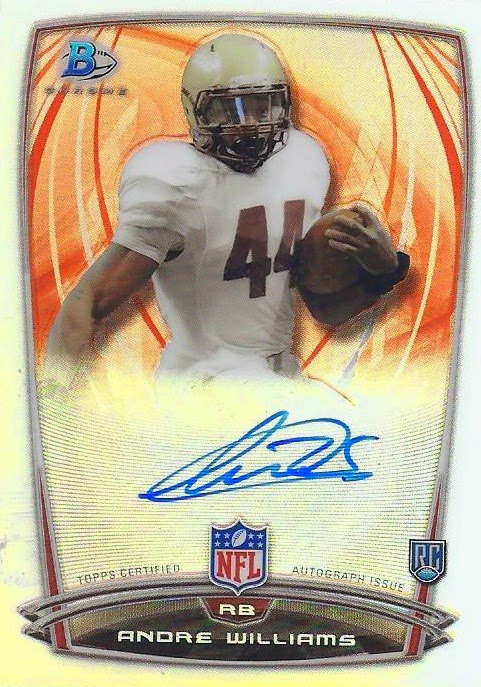 Andre Williams refractor auto - I can't complain about pulling an on-card auto from my only pack. He was picked by the Giants in the 4th round.
Yawin Smallwood black refractor 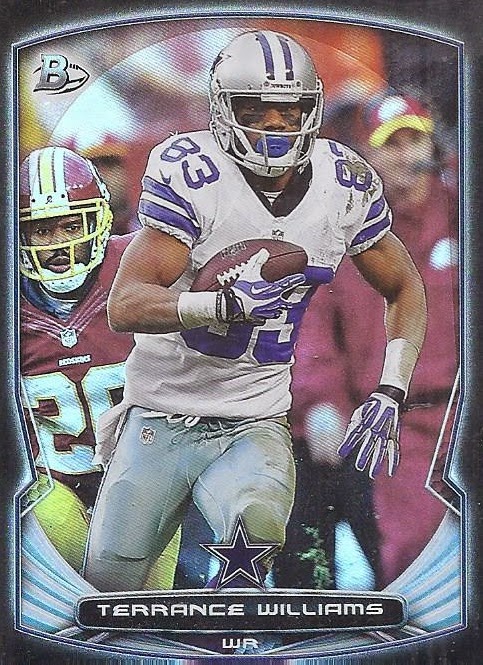 Terrence Williams black refractor - The best photo from the pack is one of the refractors. Even if it is a Cowboy. 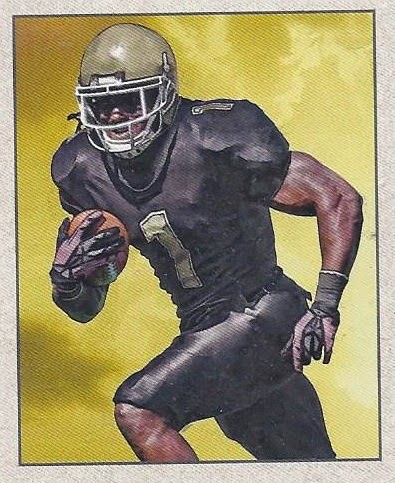 Isaiah Crowell Bowman mini - I'm glad to post this just so I can put it away and not have it fall out of the bunch of cards everytime I pick it up.
Jake Locker 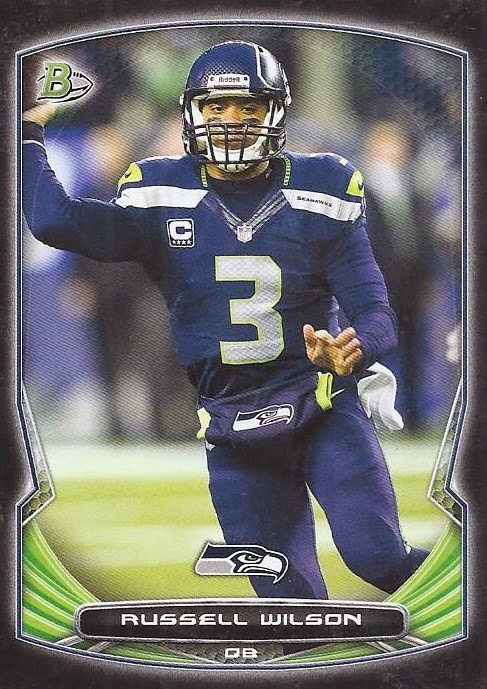 So. This pack was opened. It contained cards. And that's about as deep as I'll get with this pack. And just like with the Score, any Bills cards were not to be seen.
Posted by buckstorecards at 18:02