With the potential end to the NBA season tonight, it seems like a perfect time to post the last of the NBA cards from this run through of COMC Challenges. I've got 2 more on the way in the third package, and one more sitting in inventory. So, this isn't the complete end of basketball from the Challenges. 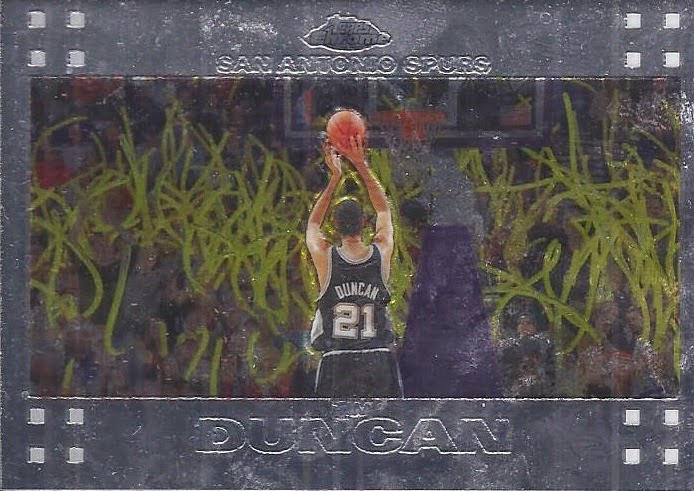 I'll open this one off with someone that might be calling it a career tonight with a Spurs victory with this Tim Duncan. This one shows how to make something that would seem bland on paper, a free throw photograph, into a spectacular photo. This is another one that came up when I was doing my challenges, and I immediately put it on my watch list. The neon distractions show up even better in the chrome version of the card. 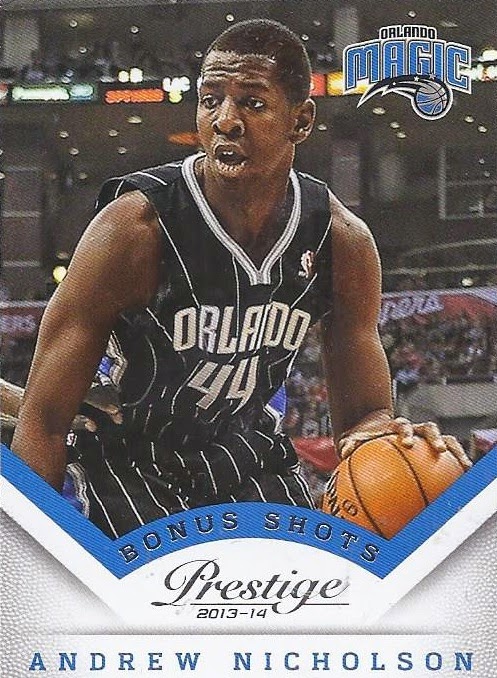 While I still haven't made it official that I'll be adding a basketball portion to my Cancon collection, this is another one that will end up in it should it go ahead. While there are other cards of Nicholson out there, this is the one with the most Canadian content on the back, since the write-up mentions his hometown of Mississauga and his first game in Toronto against the Raptors.

And speaking of card backs: 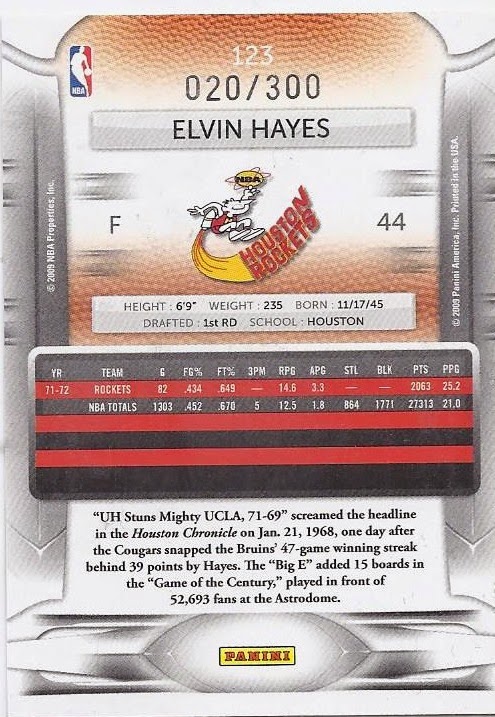 This card might end up in my misc. basketball binder backwards due to the spectacular, but short-lived Rockets logo. I love that Panini uses the same team logo as the era the photo is taken from. 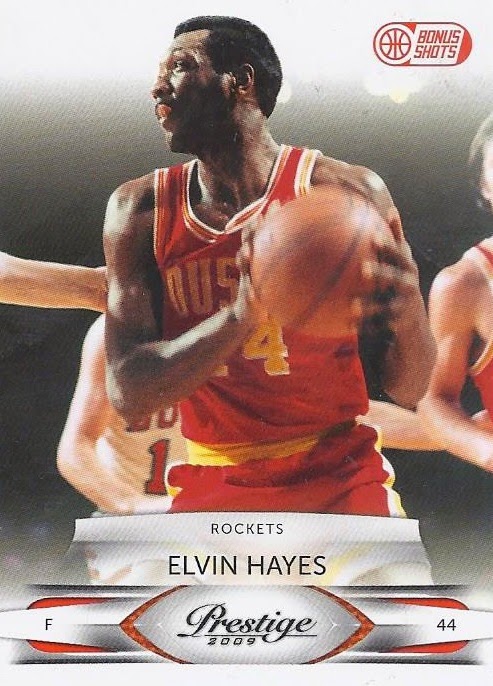 Sorry, Elvin. You might be a Hall of Famer, but you will have to play second fiddle to a great logo. It's the same reason I've got a Harry Gallatin autograph in my Inventory. 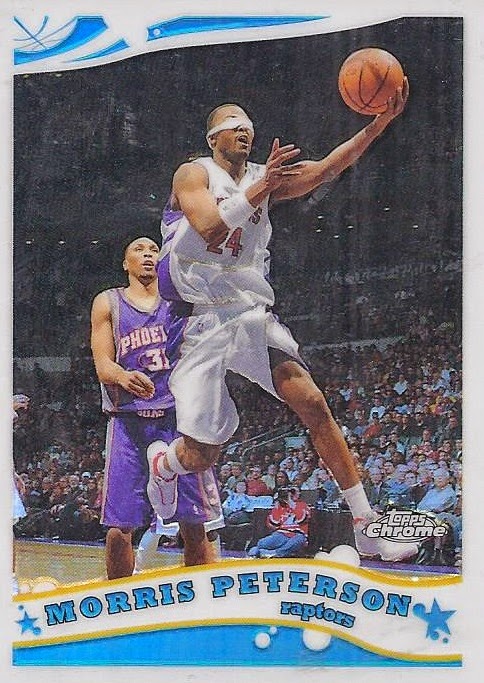 And since I can never have too many Raptors cards, I'll wrap it up with an interesting photo choice. Could MoPete make a lay up blindfolded?

And there are some more cards on their way to binders.
Posted by buckstorecards at 17:07