Back to the land of repacks, and the random goodies contained within. This time, some football: 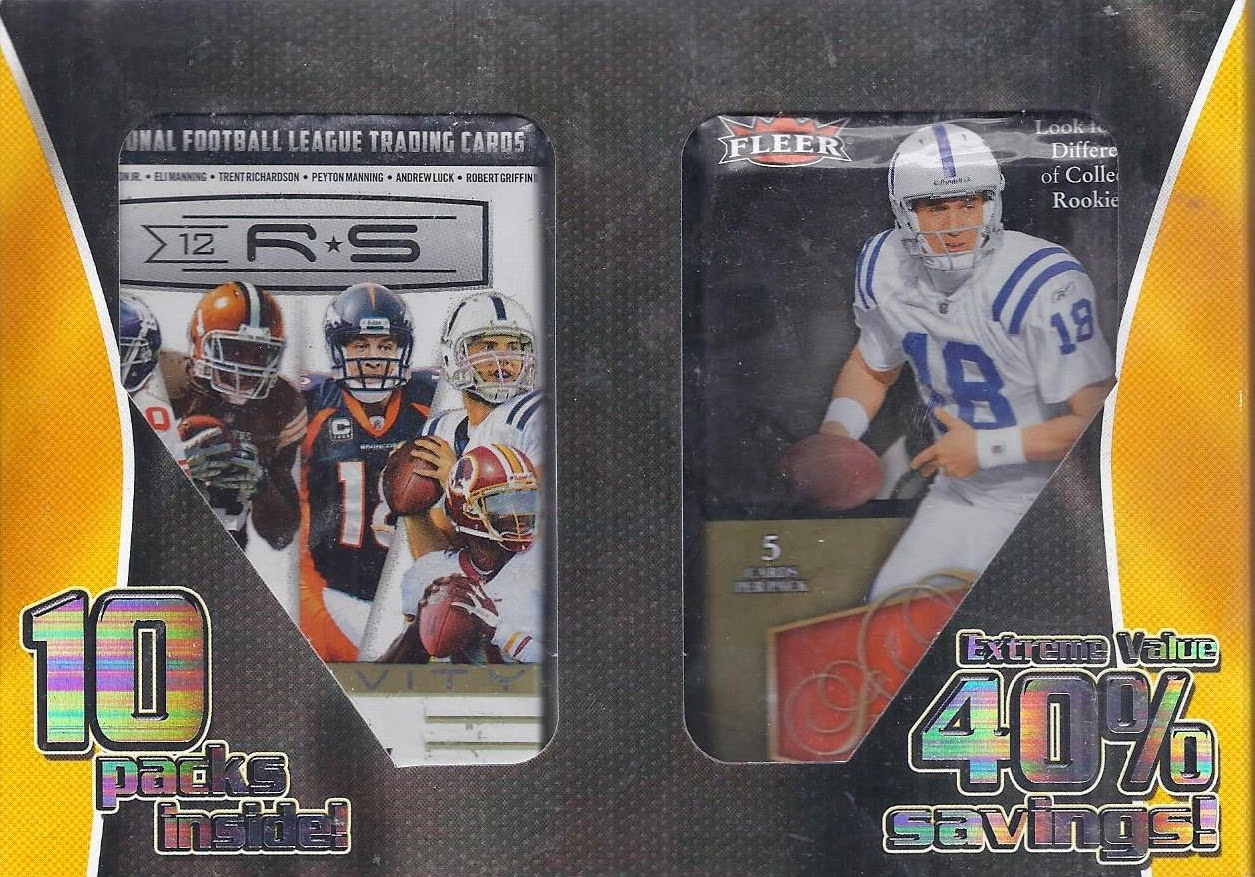 Here's a complete list of what was in it:

Total # of cards was about 75, which can be expected when your repack doesn't contain a rack pack. I'll start with the Topps stuff, and show off the rest tonight or tomorrow.

Chronologically, first up will be the 1994 Topps. 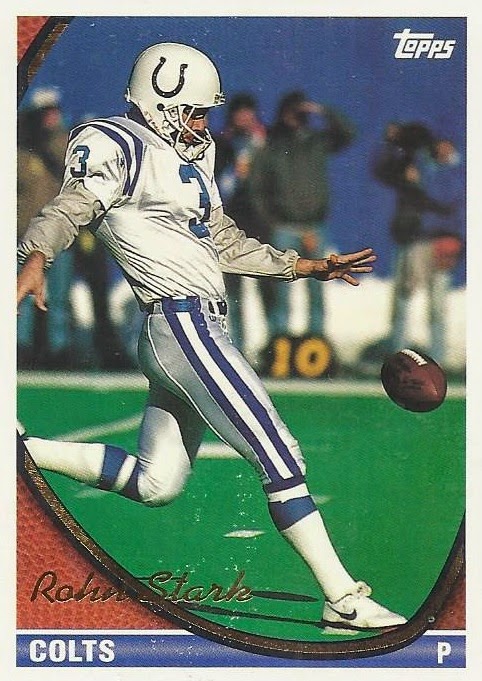 Rohn Stark - I love kicker/punter/OL cards. Unfortunately, this card shows a problem with this pack. Several of the cards had problems with the cards sticking together and the associated peeling.
Russell Maryland
Herschel Walker 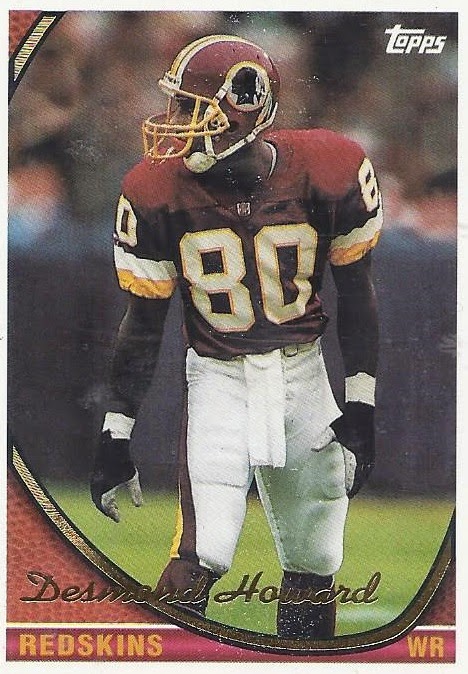 Desmond Howard - Yet another card for someone who doesn't have Too Many Manninghams.
Ben Coates 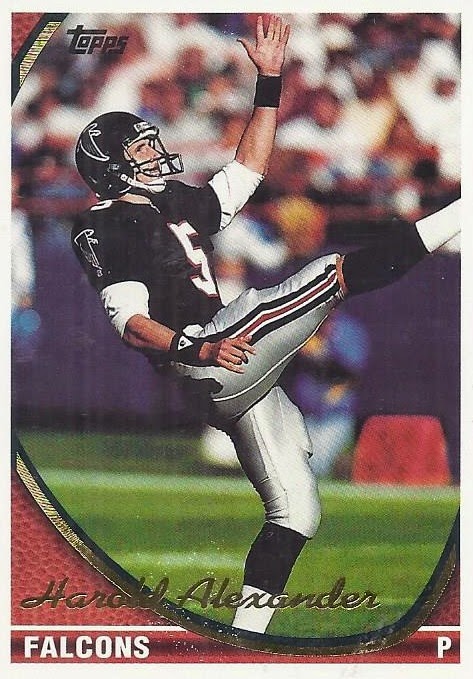 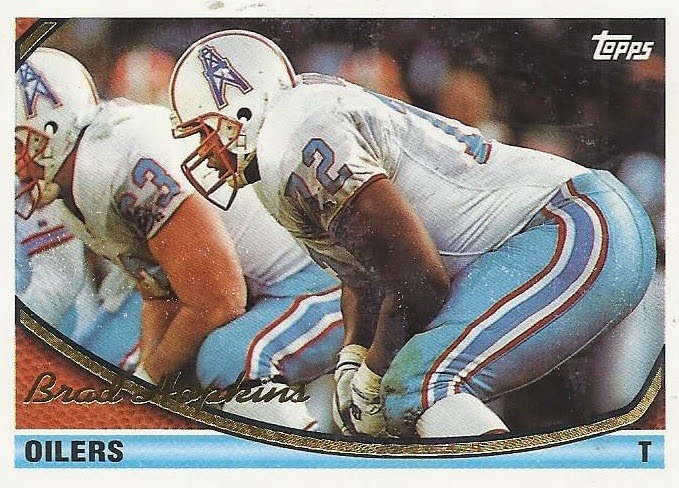 Brad Hopkins - And a card for a tackle. Again, a position you don't see much of in modern sets, unless it is a really high draft pick's rookie.
Keith Rucker
Tony McGee
Thomas Randolph

It is always fun to bust a pack of something you never busted. A few keepers as well in there. 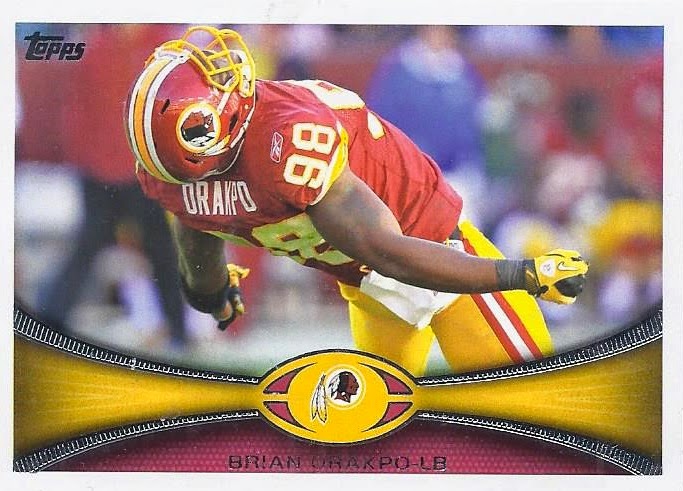 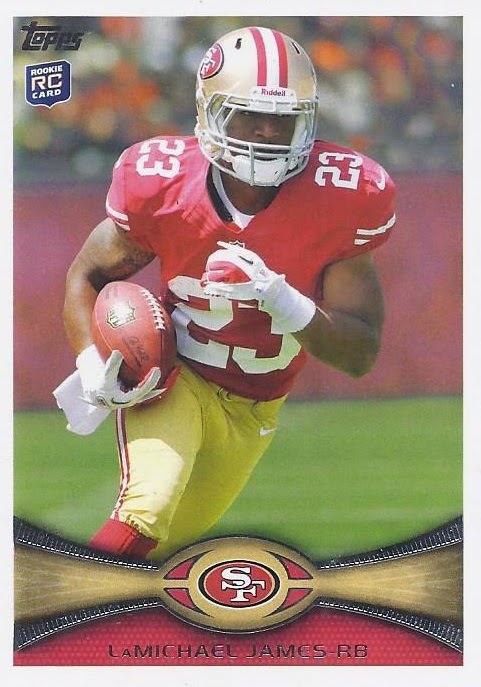 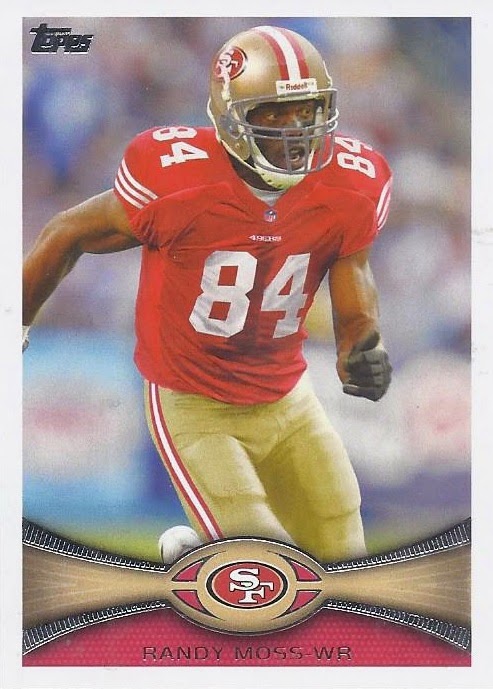 Randy Moss - as, whether photoshopped or not
Peyton Manning reprint 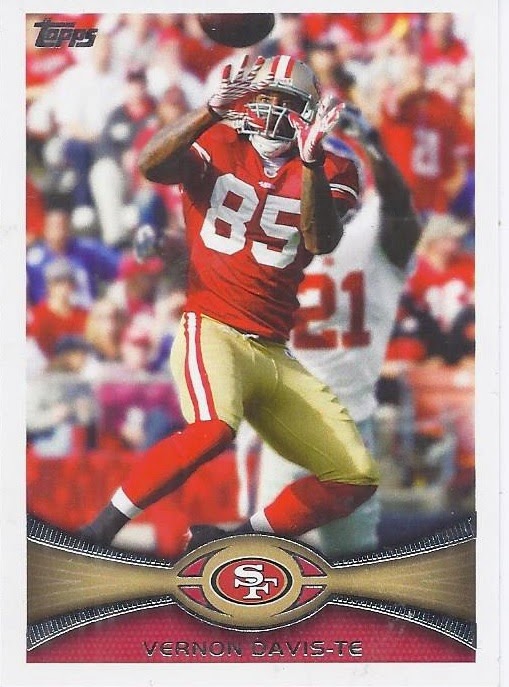 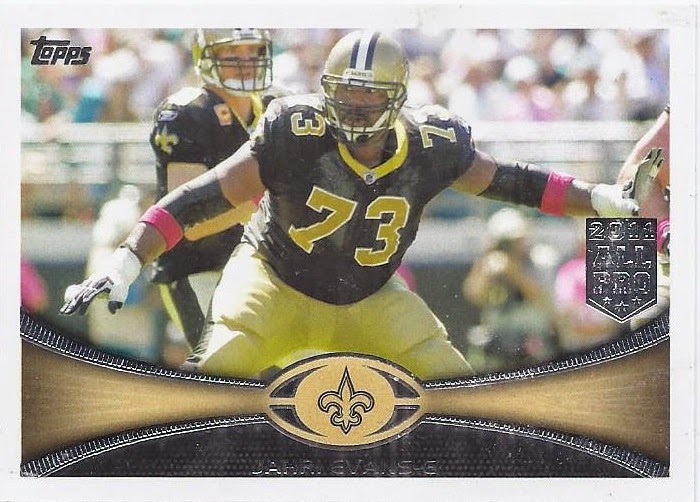 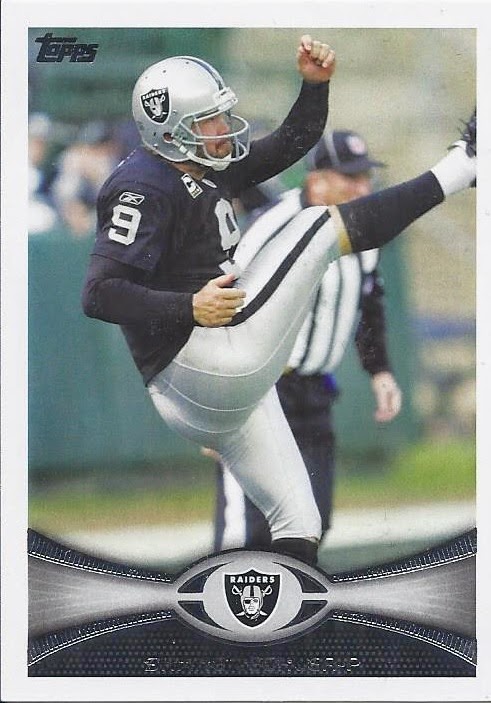 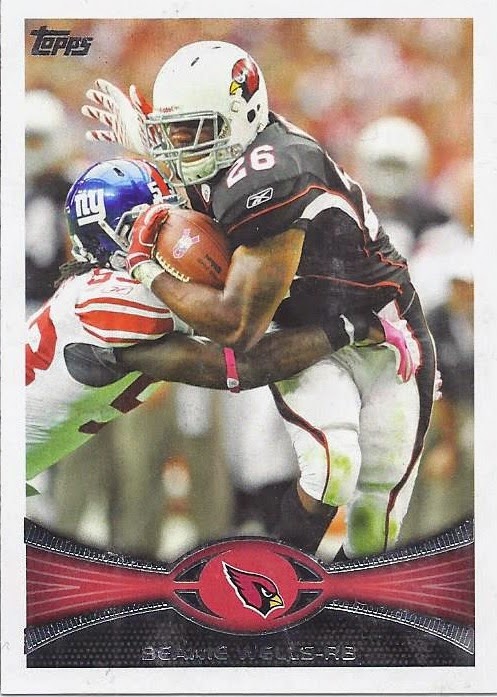 Staying in 2012 with Prime Retail. Bring on the full-bleed photos! And the ability to fit all the cards in the pack on my scanner. 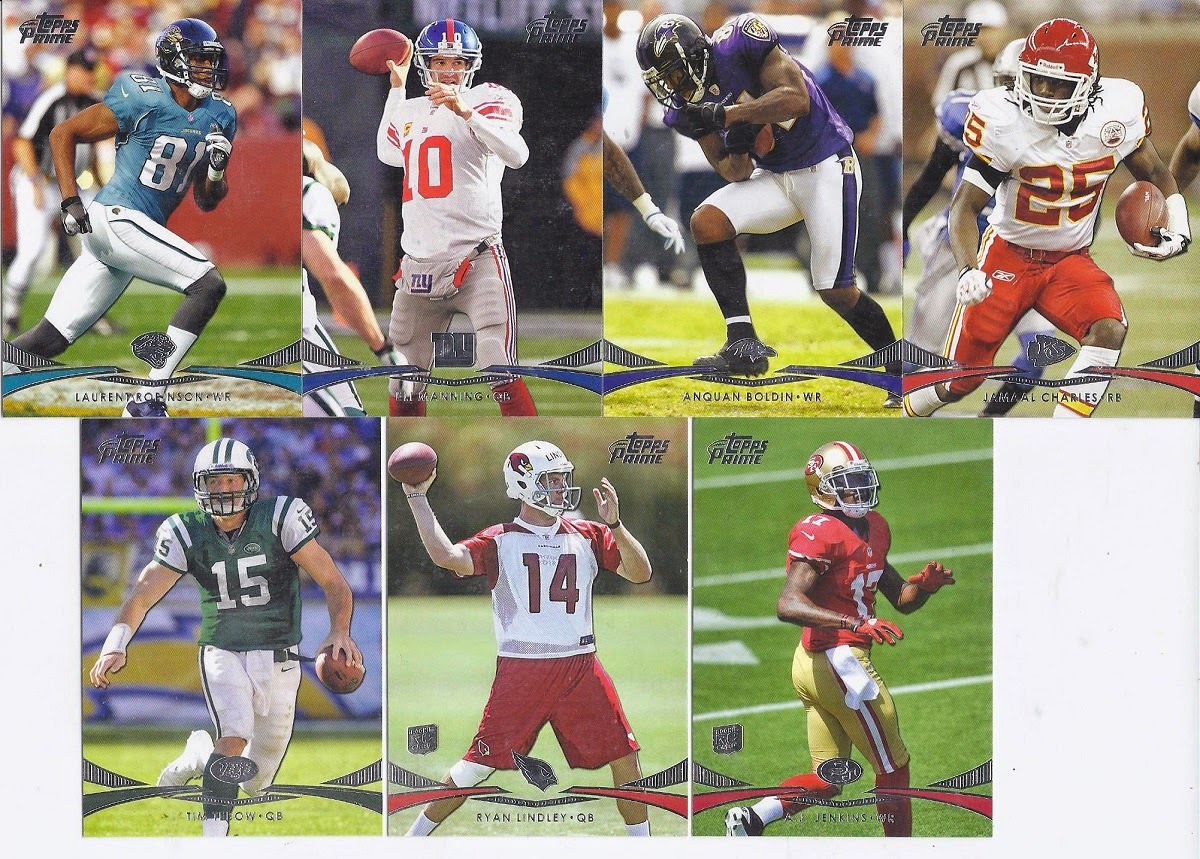 Nothing too spectacular in terms of photography, but the close cropping on the Boldin actually works really well since he's crouched down a smidgen in order to either avoid or brace for a tackle.

It's always nice to end a post with something shiny! And it is the most legible name of the bunch.

So, whenever I get around to it, the rest of the packs.
Posted by buckstorecards at 06:01