While these aren't all the autos that I picked up in my first two mailings from COMC, these are a couple of the ones that I picked up solely because the image of them popped up during the challenges, and I thought "That auto rules!" and added it to my cart. 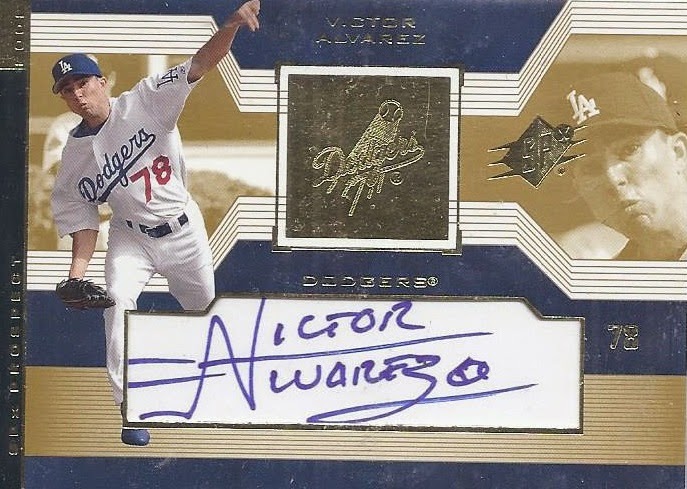 Victor Alvarez may not have had the most memorable big league career, but he does have an autograph that is the most worthy of being put on display in the Louvre. Or at least the Tate. The combination V and A with the line being extended to separate the first and last name. The stylized 'Z' at the end. Adding a small drawing of a baseball. And being 100 percent legible. It is signature perfection! 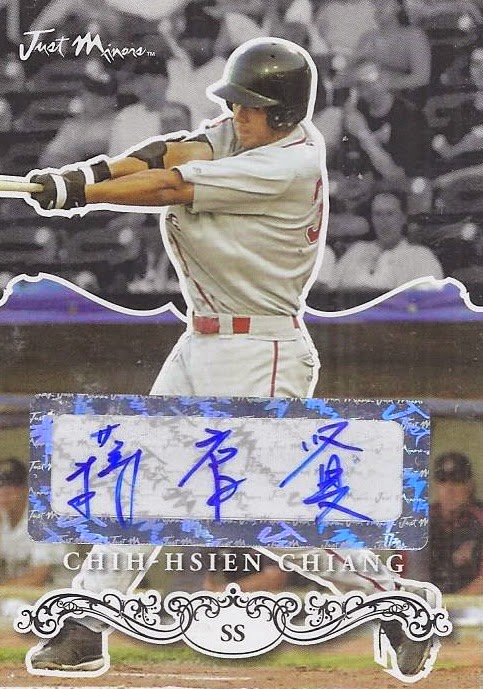 I can't really comment on the penmanship here, as I'm not well-versed enough to give a thumbs up or thumbs down to it. But, it definitely qualifies as interesting. 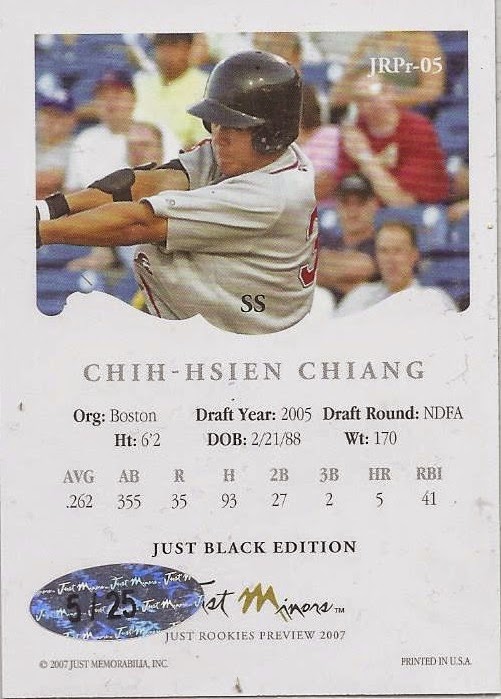 Numbered to 25 as well! Chiang hasn't reached the majors yet, but he is still in the minors, now in the Orioles system. Even if this is represented by a facsimile autograph, these are still interesting. 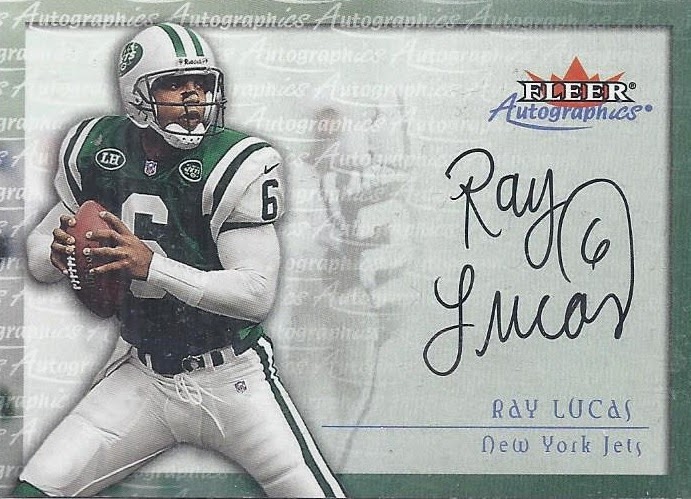 But, I'll get back to the subject of penmanship. Every time I came across an autograph with a really nice look to it, it went on my watch list, and I'd look for the cheapest one available. Ray Lucas was one example of that.

Plus, you can learn things like this about the player from their wiki:

Ray Lucas holds the unenviable distinction of worst single game quarterback performance by any Dolphin. On October 20, 2002, in one game against the Buffalo Bills, Lucas was responsible for 6 turnovers: 4 interceptions and 2 fumbles. He completed only 13 passes to Dolphin receivers. The player that caught the most passes from Lucas was Buffalo Cornerback Nate Clements. Much like with the Jarius Wright auto I pulled over the weekend, Patrick Beverly is another one for whom there is a major difference between the autographs in early and later releases. Still, I'm happy to add one of him where the signature is more than just stylized initials. Patrick actually had a really good season with Houston, and was voted as a second team defensive all-star. 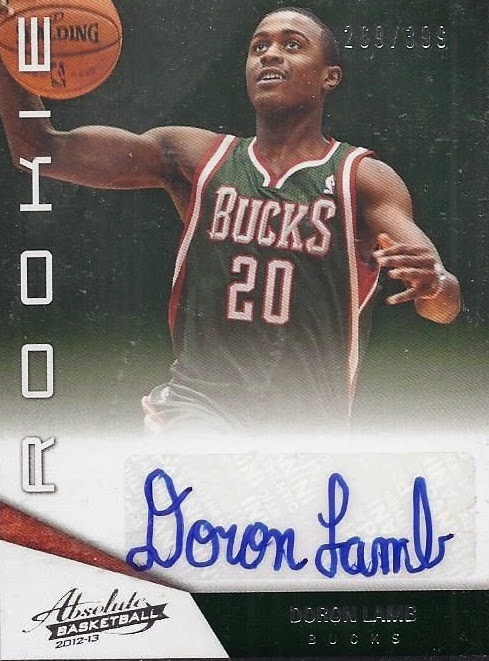 Thankfully, the only way Doron Lamb's signature went downhill was a move from signing his cards "Doron Lamb" to "D. Lamb".

Thank you, Add to Watchlist, for all the new additions to my various hit binders.
Posted by buckstorecards at 08:08