Who needs to pack search?

Yesterday, I took a trip to Wally World on the hunt for Gingerbread Oreos combined with a desire for just one pack of something results in 4 bags of the former, and one UD Series 1 pack to quench the pack busting desire.

The packs were a bit of a mess, and gave the impression I just missed a searcher. I just picked up the first couple on the bottom, and then just picked one of the two on a whim. 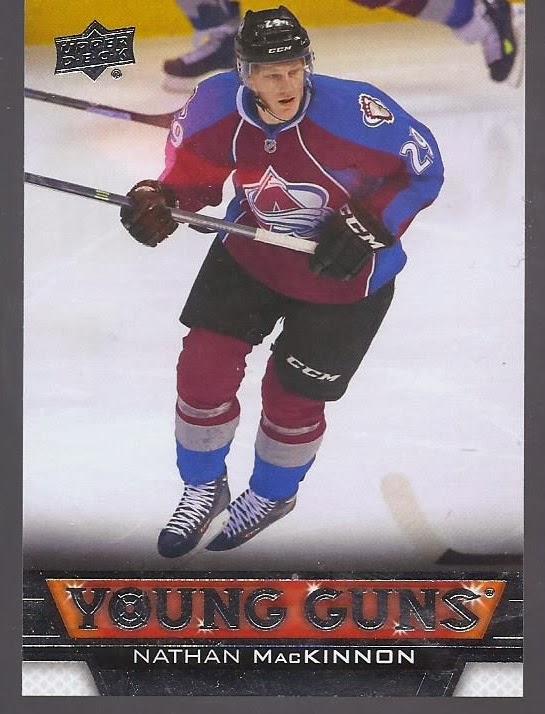 Yup. This is a pretty nice pull from a retail purchase. I've only bought 3 packs: 1 rack, 1 hobby, 1 retail (is there a difference between the last two?). A YG card each from the latter two. Plus my only Artifacts pack, purchased randomly as well revealed a 1:48 relic.

I'll probably ebay the card later today or tomorrow. Again, if someone can woo me, I'm still open for offers. Edit: Saw an auction wrap up for $30, and put it up at BIN of that, and it was gone within an hour.

I guess I might have Midas touch for UD this year. Anyone want me to do a UD box break on their behalf?

Here's the rest of the pack: 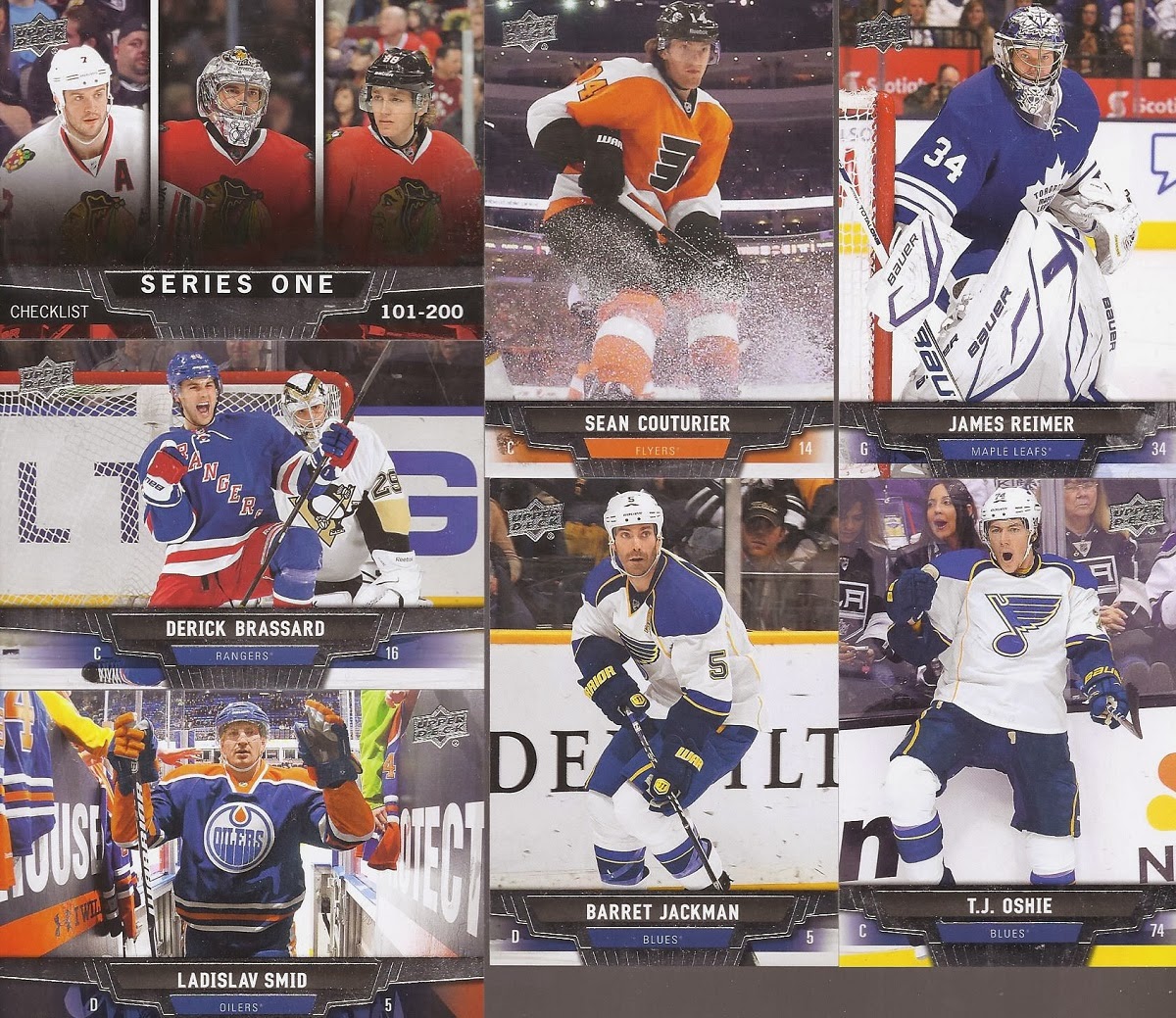 If the Brassard wasn't a rerun from Score, I'd give it the photographic nod here. But, it will instead be a toss-up between the beautiful ice exiting card of Smid and the snow flying Sean Couturier. Oshie celebrating in front of Kings fans is also pretty nice. Let's go with Canadiana and the Smid.
Posted by buckstorecards at 09:43