Now for the Blue Jays portion of the trade. 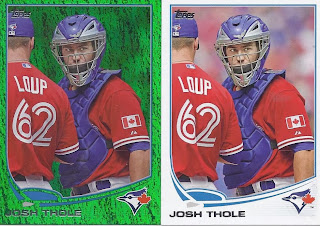 Let's open with 2013 stuff, and probably my favourite Jays card from flagship this season. Considering they've also got a great walk jump off of Rajai Davis and the Encarnacion flex shot, that's a compliment to how much I like the Canada Days jerseys. 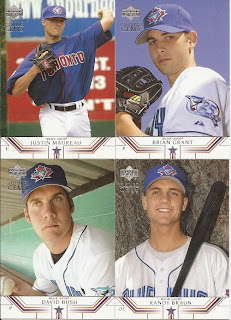 Prospect cards and their ilk aren't really a need for my every Jay ever collection, but I'll still add them to the box for now. Bush is the only one of these that I remember, and that's only because there was a game against the Yankees when he found himself pitching against Wang. Bush vs. Wang. And yes, I am eternally twelve years old. 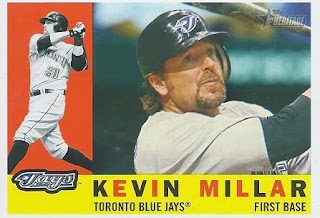 I didn't think there were any cards of Millar as a Blue Jay.  Oh well, that drops one off my list that I didn't even know I needed. Still one left, though, even though it again is someone who never played for Toronto. 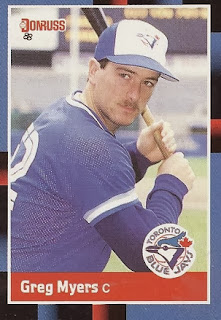 Highlighting an '88 Donruss? Sure! Since I had no idea Greg had a major league card in the 80s. 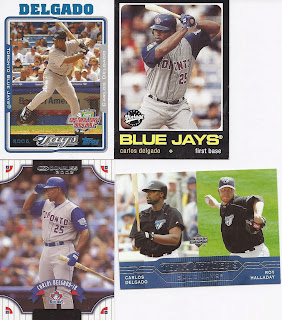 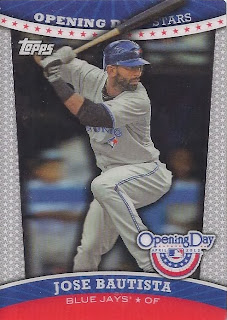 Joey Bats! An always welcome addition, especially since Opening Day is always a challenge to find north of the border. 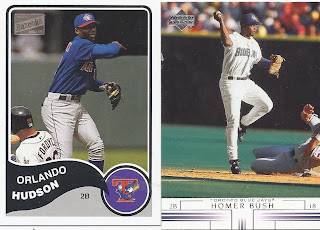 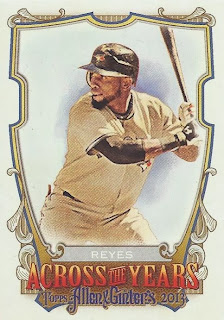 Neither of my LCS' had any packs of A&G, so any Jays/Mets inserts were very welcome. 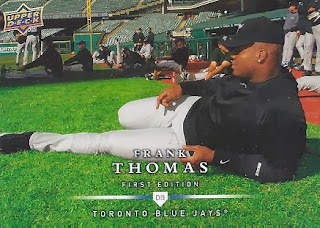 Favourite picture of the bunch? How about Frank Thomas just taking it easy prior to a road game.

And to wrap it up, how about a bunch of stickers?

Sorry I wasn't very verbose today. Thanks for the goodies from the Jays portion of the trade, and I'll get to the Mets sometime next week.

Posted by buckstorecards at 17:23