While baseball brought the volume to the cards I picked up in return for the Gerrit Cole SSP, there was also a little bit of the other sports. Surprisingly for me, it was basketball that came in second overall. But, with the every Raptor ever with a card project going on, maybe it shouldn't have been. 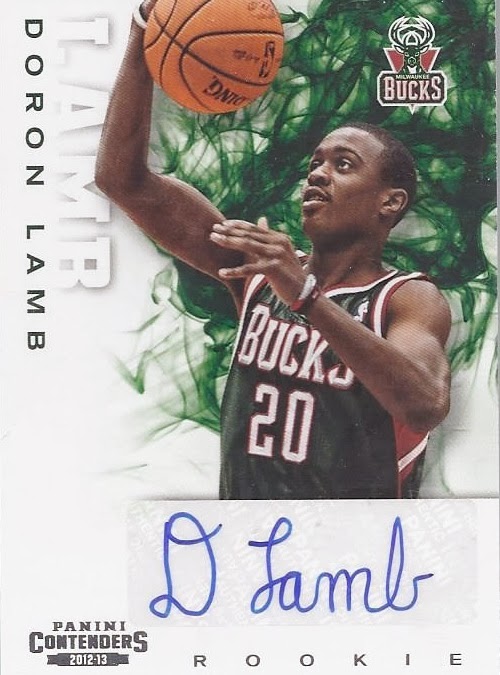 I've pulled a redemption for Doron Lamb this past spring, and am still waiting on it. While waiting for it, I took a look at his auto on ebay, and was pleasantly surprised by his penmanship. Today's basketball autos aren't the best. If you're lucky, you'll get initials and that's it. Sometimes, you get a mess of hieroglyphics that is undecipherable. 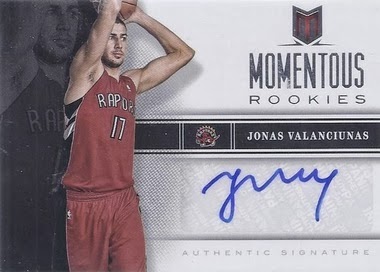 Mr. Valanciunas, I'm looking in your general direction with that allegation.

But yeah, Doron Lamb has a really sweet display of cursive and would be a certain addition to any sort of all-penmanship team of current NBAers. Looking through ebay auctions, there are a couple more with nice signatures that are on my hit wantlist. Those being Patrick Beverley and Nate Wolters. For Nate and Doron, maybe Milwaukee requires their second round picks to have nice penmanship.

Enough of babbling like some old man. Let's see the rest of the hoops stuff. How about a new Tyus Edney for the 2/14 collection? That puts my total for his cards at 6. That's still way more than any sane person outside of Tyus' immediate family should have. 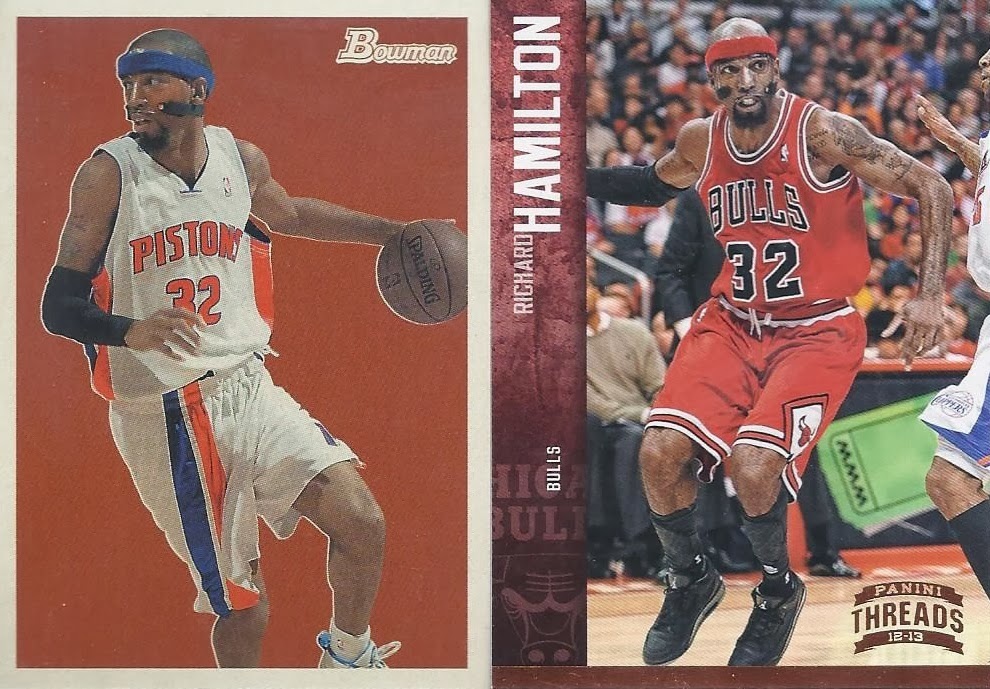 And my Richard Hamilton total jumps up to 15, with these two cards. With these, my basketball total is now at 40 total. That's still last for all sports, but I've only got 8 people with cards total, as best as I can tell. 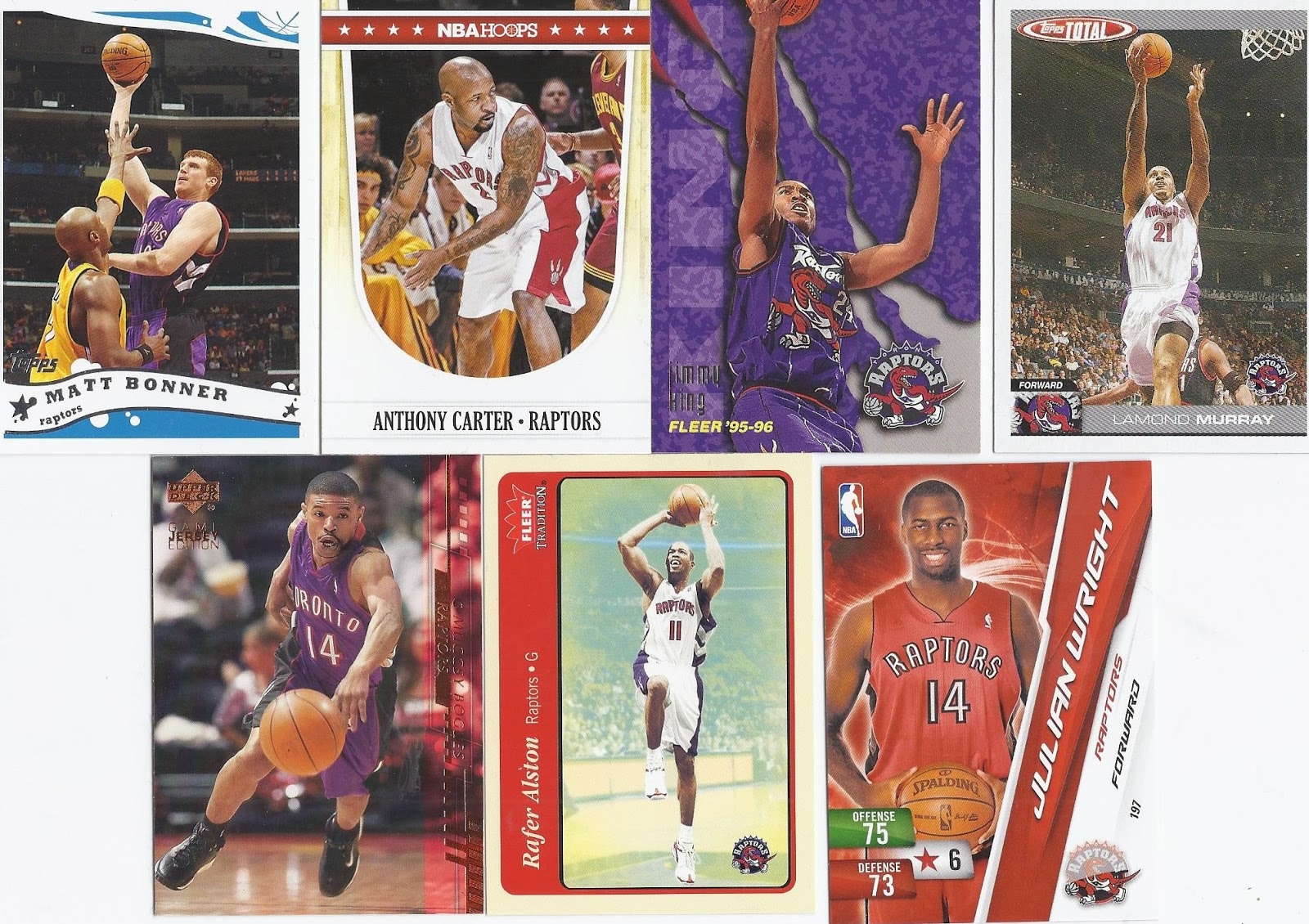 And here's the rest of the Raptors. With this, my wantlist for every Raptor ever drops to 11. 9 players. 2 coaches. The presence of both Bonner and Bogues on this list is surprising, as both were quite popular during their Toronto time, especially the Red Rocket. Julian Wright becomes my second Raptor for whom the only card I could find was one of the Adrenalyn. The other? Antoine Wright. No relation, as best I could tell. Alston was another guy who had a bunch of cards as a Raptor, yet this one was my first. 1995-96 Fleer cards were pretty loud, but they do seem have worked out as the Raptors team cards might have been the least garish of the lot.