I'd been sending random Trail Blazers off to Kerry as part of the guilt-free basketball club, along with random Cardinals. Last week, the return portion of the trade was sent my way. It definitely counts as a dumping, but a dumping loaded with Mets and Blue Jays is alright by me. Plus, I've been dropping some of my dupes and extra junk wax era cards off at a local shelter over the past little while, so they'll certainly like getting a pile of Blue Jays cards in the next 800ct box.

Although most of the packages consisted of baseball that have yet to be sorted, there were 5 basketball and 1 football card in the mix.

And what a nice football card it was. 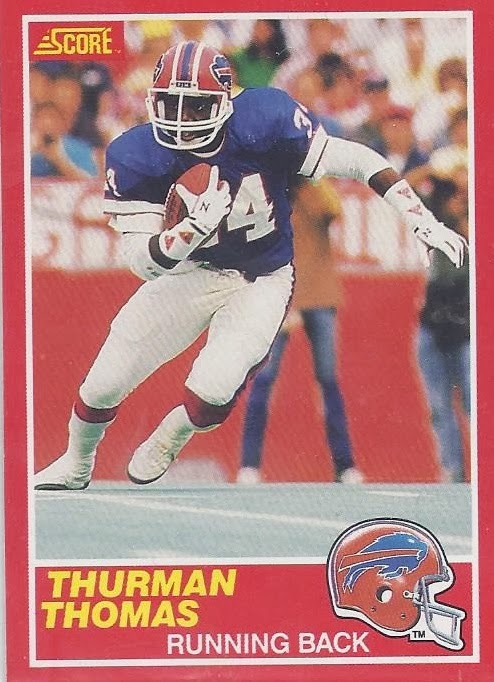 I've always been thinking about picking up a Thurman rookie, but despite it's low price, I've just never pulled the trigger. I'm still very happy to welcome this beauty into my Bills collection. I've picked up an Andre Reed this past year as well, so I should probably look to add the first NFL cards of Bruce Smith and Jim Kelly just so I can have a foursome all prepared to lose a Super Bowl. 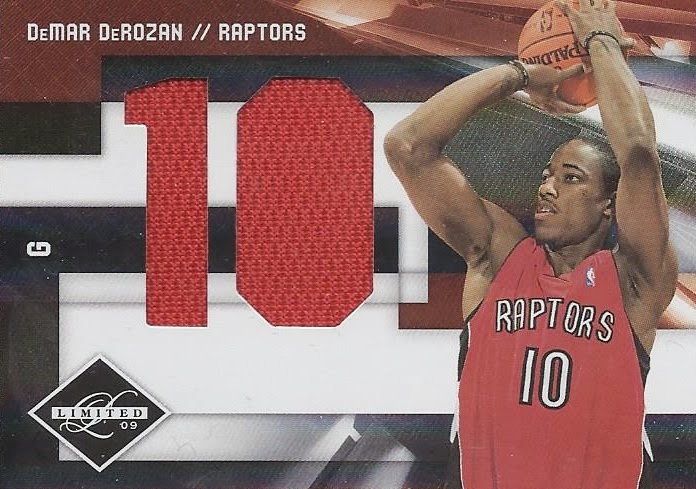 One of the packages did include a Blazers auto, and this was the hit returned. It's my third DeRozan hit, and my second relic numbered to /99. A nice sized Raptors red swatch as well for my collection. With Masai Ujiri working his wizardry with the dumping of a pair of large contracts, DeRozan is now the certain face of the franchise. 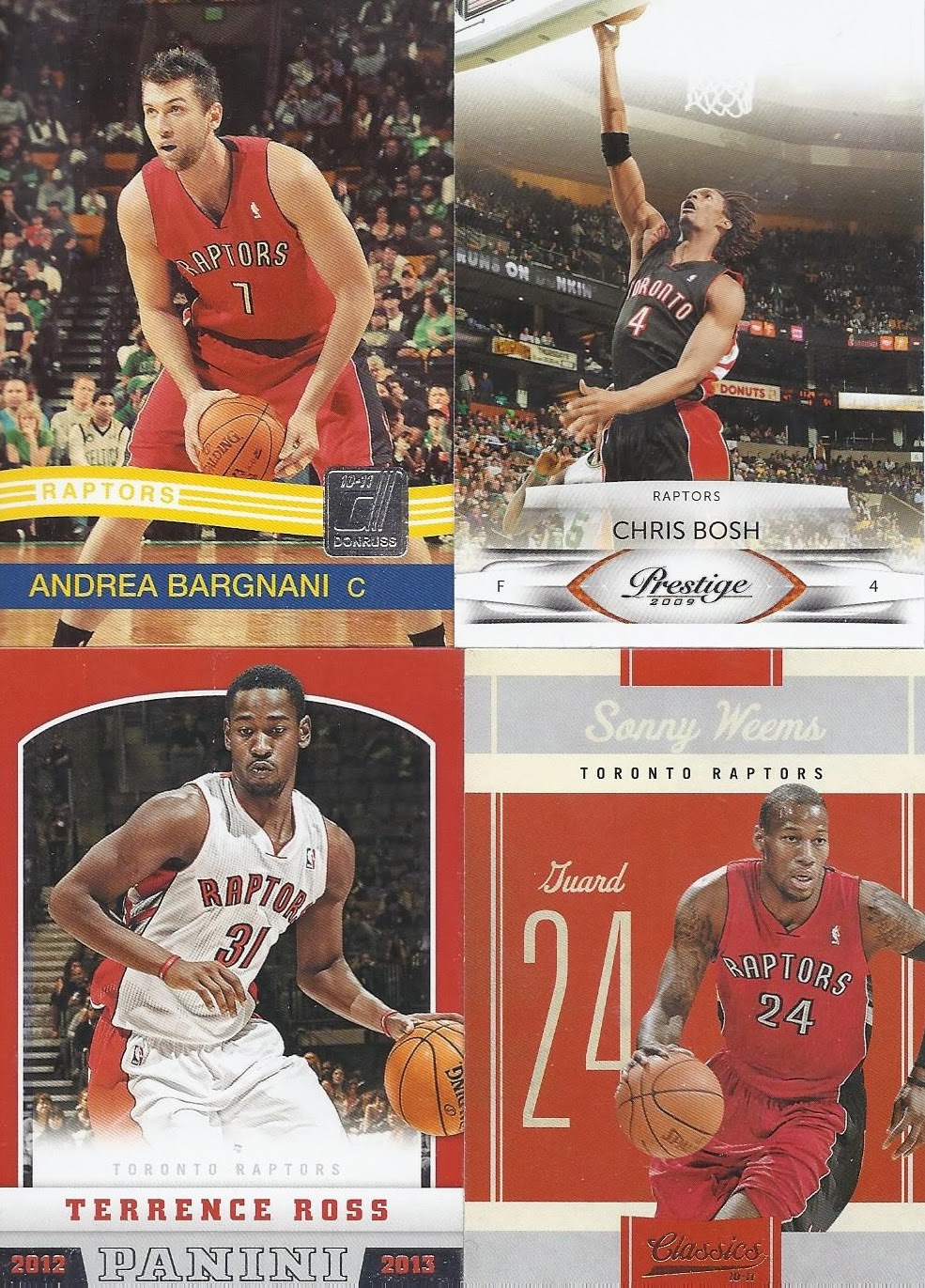 And to wrap this up, a random four pack of Raptors. While you'd think the rookie card of the reigning slam dunk champion would be my favourite here, you'd be wrong. My favourite is the Sonny Weems, as he drops off my list of cards as I try to get every Raptor ever to have one, and it now stands at eleven. Nine players and two coaches.

I'm sure I'll dig into the Jays and Mets portion of the trade, sort some cards and have something to post by 2014. In the meantime, I've already got a pink parallel of Jake Westbrook set aside, with a pair of Blazers hits on the way from ebay, and then on their way westward at some point. Thanks for the great additions to my Raptors and Bills collections!

Posted by buckstorecards at 16:50