Another Sportlots attack on the 2/14 binder

Looks like 600 by 2/14 is going to be a lot easier than I thought. A 21 card addition can do that. I'll just go through this in order by volume. 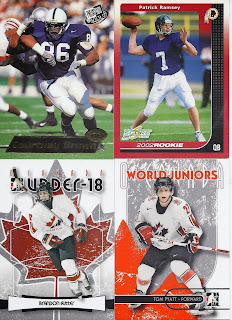 1 each for these folks. It's nice to add a couple of patriotic cards to the book. I really don't have a lot of cards in there with any sort of national feel. 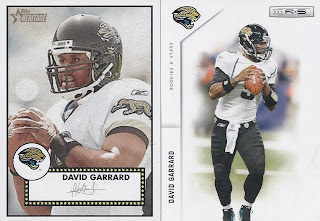 A pair of David Garrards bumps his total up to 15. 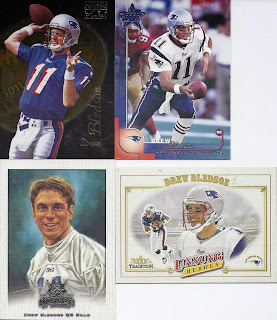 But he doesn't retain 2nd place overall when I add 4 Drew Bledsoes to move him into 2nd place with 16. I've also thrown the Gridiron Kings cards of McNair & Garrard into my COMC To Be Shipped cart, so at least there will be a tie for 2nd place, if only vitrually. 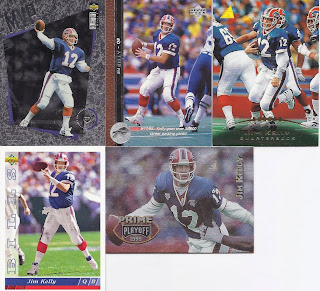 Jim Kelly continues to lead the way with 33 cards. He's third overall behind the hockey duo of Gaborik and Hejduk. He's also by far the leader in cards without a hit. Among players that actually have hits available, Dave Lowry is second with 10 hitless cards. 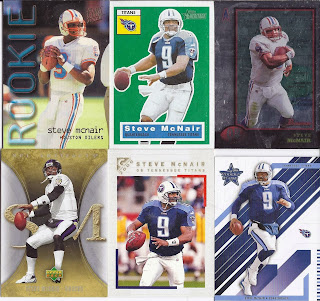