So, it took over a month to get to the cards I picked up for my 2/14 collection. That's not efficiency to be proud of. But, I am within a post or two of finishing this, so I still should beat my Black Friday envelope from COMC. 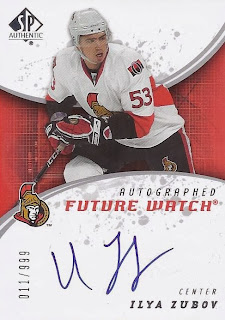 Last week, I praised Doron Lamb and Jesse Barfield for the quality of their autograph. Now, we get the other end of the spectrum. I can't even begin to parse this into initials, let alone a name. Maybe it is in Cyrillic? That's the only excuse I can think of. Worst auto in the 2/14 binder? Definitely. At least I can parse at least one letter on them, Either way, Darius Songaila does not have much competition. At least it is an on-card autograph. 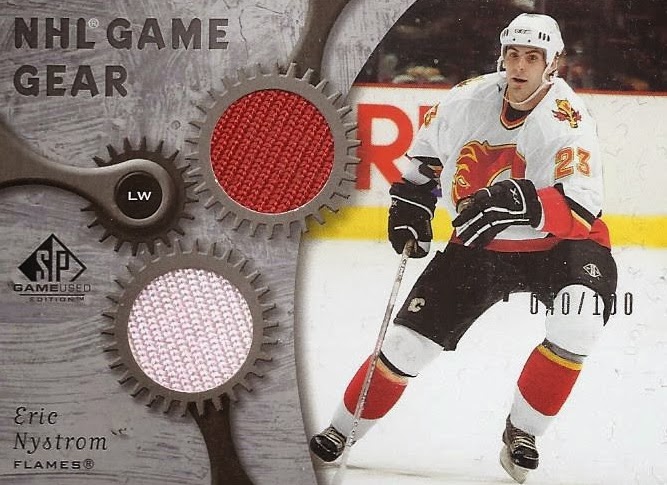 One hit deserves another, so here is that another. It's a great two colour swatch of Eric Nystrom, and is /100. Sorry, Dennis. I only found one of these double relics of  the Wolverines alum there. 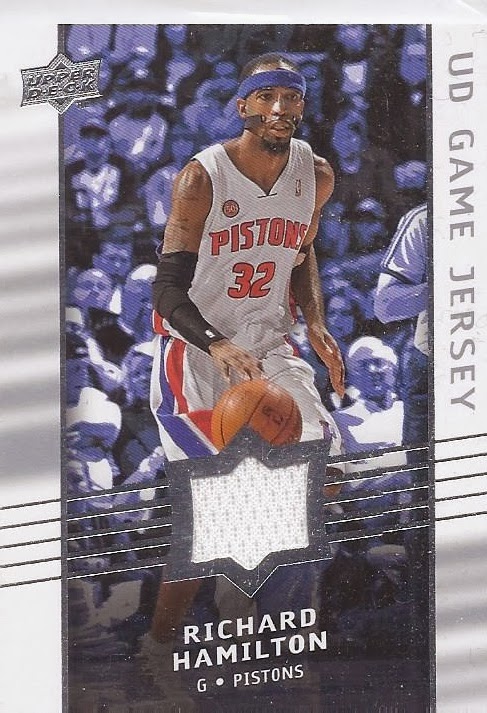 And to wrap up the hit additions to my collection, here's a plain white swatch of the basketball card leader in Richard Hamilton. I really do need to add one of his red Bulls swatches to my binders, but this will still do. This is my 3rd hit of Hamilton, and my 17th card overall of his. 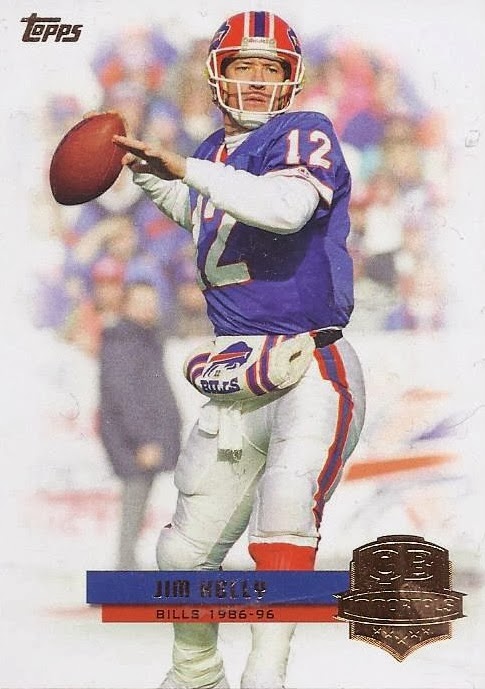 From one leader to another, here's a Jim Kelly insert from 2012. It's my 28th Jim Kelly card, but unlike the other sport leaders, there isn't a single hit among them. Just base cards and inserts. I don't think I even have a numbered card. But, if someone wants to add one, a blue swatch is high on my general wantlist. 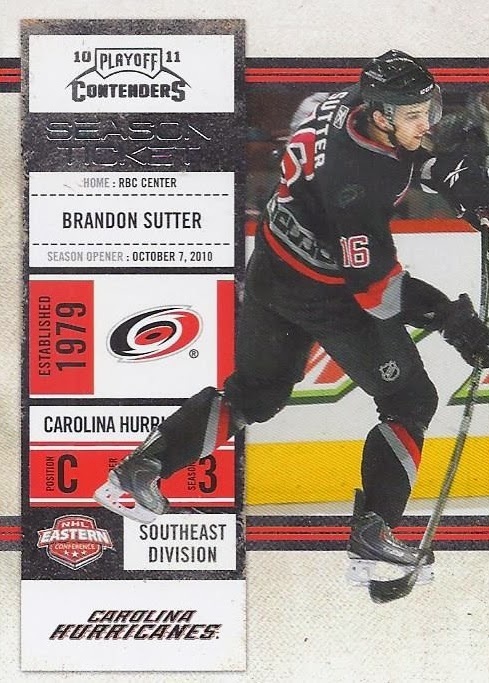 A dime box addition to the binder. It's my 16th Sutter card. 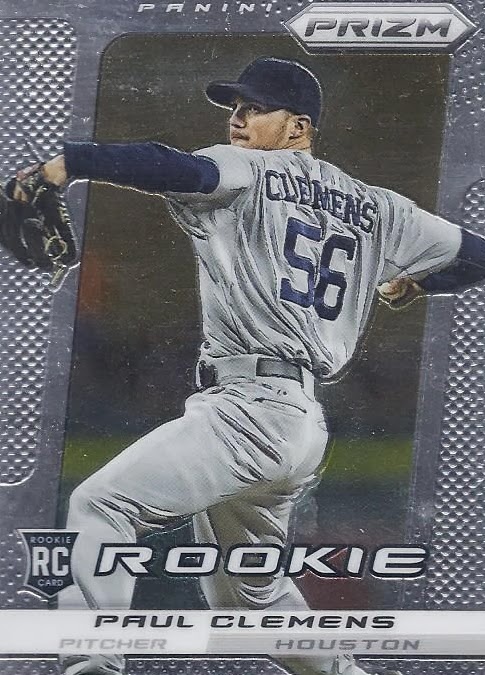 Paul Clemens made his big league debut for Houston, but didn't get a card in Topps Update. Thankfully, Prizm did give him his first big league card. He already had some releases in Bowman. This was another one that spent a few weeks on my most wanted list before falling at the Expo. 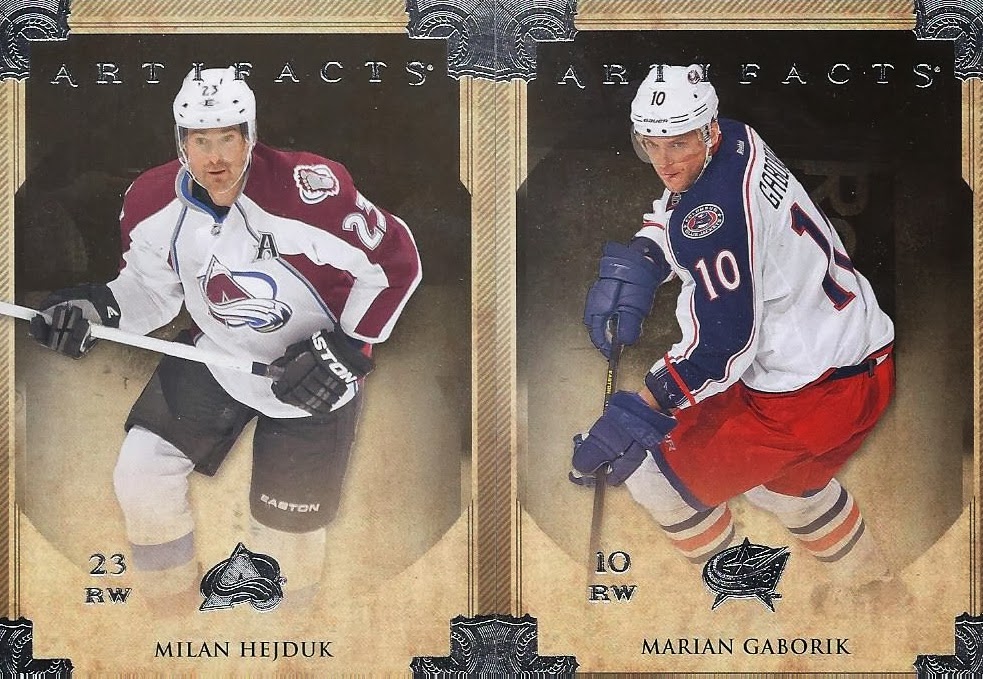 Artifacts had been out for a bit, and I had held off on these 2 before pulling them out of a 25 cent bin. I could have waited a bit and probably dime binned them, but I figured now was as good a time as any. These are my 46th card for both of them. 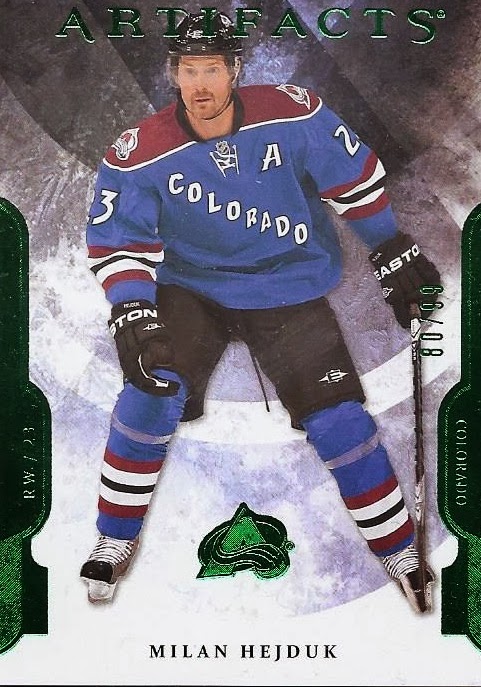 But, something had to break the tie, and this one was it. Marian Gaborik held the lead for quite a time, but he now slips to one point behind Hejduk with the acquisition of this nice parallel card of Hejduk. I think Milan also leads in terms of hits and numbered cards as well.


Posted by buckstorecards at 16:27