This Trade was Cool

Canada Post returned to duty on Friday, after taking off a pair of holidays mid-week. A couple cardboard packages awaited me. First up was my COMC Black Friday goodie box. No bubble envelope this time. Some of the cards you will have to wait to see on other blogs, but I'll probably start working my way through them tomorrow.

The other package was a bubble envelope from across the Pacific. Namely, from Ryan @ This Card is Cool. Earlier this year, I shipped some set builders from 2012 A&G, including the Harper RC in that direction. The favour was returned, as opening the envelope showed off the 2012 Sega CardGen Blue Jays set. WOO-HOO! 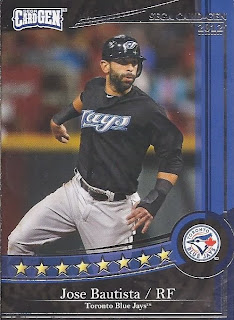 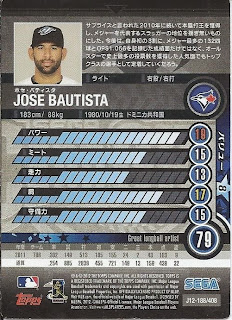 I'm not sure how this game is played, but I'm guessing that Joey Bays would be a rather good card to use in the game. 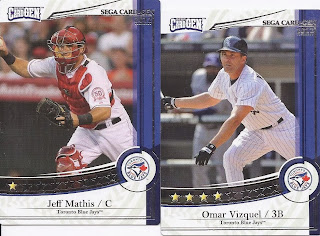 Although they aren't in a Jays uniform, it's nice to add a pair of cards of people who were completely ignored by Topps in North America. Especially the Vizquel. It's my second 2012 card of his. 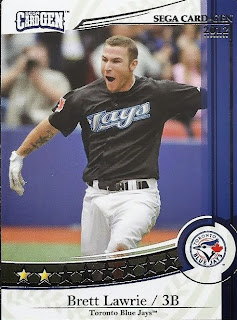 Brett Lawrie savouring a walk-off only makes second place in terms of my favourite picture in the team set. 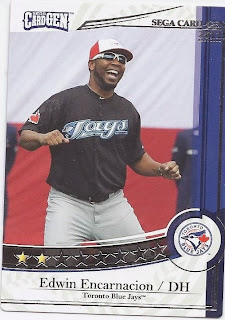 But it can't compete with the flag cap being sported by Edwin. 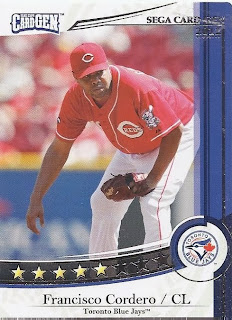 Thanks for the trade, and the great additions to my Blue Jays collection!
Posted by buckstorecards at 13:43