A pair of Zistle trades

I've only busted a smidgen of UD flagship this year, but one of my two packs did contain a YG of Justin Schultz. Since I'm not planning to build the set, everything was trade bait, and I dropped the Schultz off in a zistle trade that added some to my PCs. 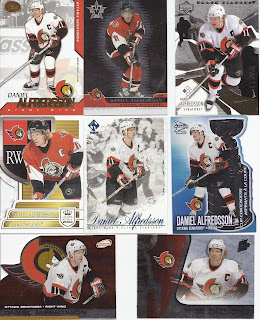 Let's start with volume, and add 8 new cards to my Alfredsson collection. My favourite is probably the Atomic in the lower left since it worked the Sens logo into the die-cut design. Much like they did with that CFL box I busted awhile back. 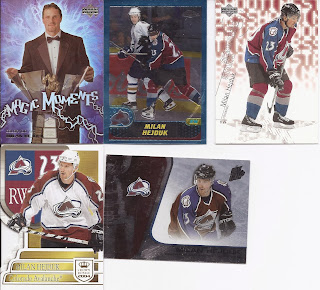 Staying with volume, here's 5 more Milan Hejduk's for my 2/14 collection. This actually puts Milan just a card or two behind Marian Gaborik for tops overall in by 2/14 binder with 44 cards each. I haven't worked in the expo cards yet, but I might have a new overall leader once that is done. 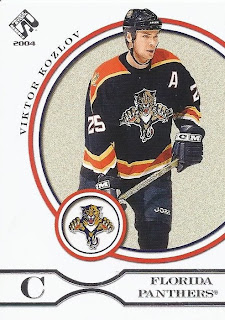 And to wrap up the hockey trade, here's a new Viktor Kozlov. He's one of three perfect matches in the binder, in the sense they match up with both year and date. 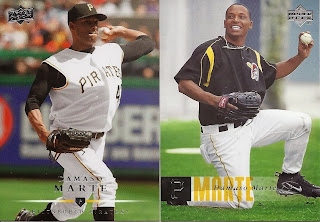 And here's the second of three perfect matches. This pair of UD Damaso Martes moves him into a tie with Takashi Saito for 1st overall among baseball players. There's actually a crowd near the top, as Dave Dravecky trail by 1 with 12 each. 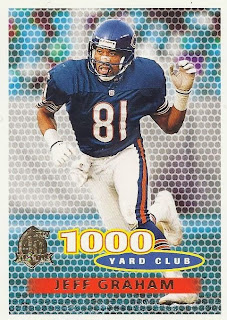 Might as well lead with the most garish of the football cards. He did have a game against Carolina in the previous year, so I guess that's the reasoning for the background colours. 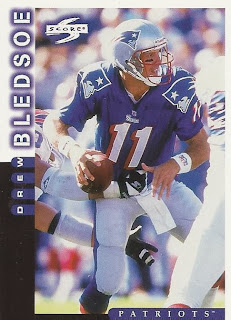 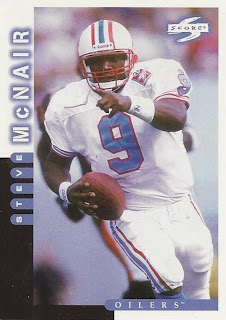 And to wrap up the additions to the 2-14 binder, a pair of quarterbacks. Bledsoe becomes the third QB to move into double digits, joining Garrard and Kelly.

Thanks to RagingWeasel and cebartz for all the great cards!