The last of Listia

I really haven't bothered with Listia much. There has been way too much stuff I've had absolutely no interest in adding. I won't shell out credits for an address for TTM for Ryan Braun. Or for a picture I can find through Google images. So, if I see something of interest, I just put in my total credits and hope to run out of them at some point.

I've still got way too many, but these two cards put a nice dent in them. 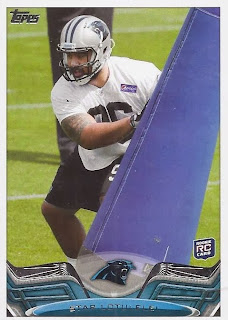 I kept saying I wouldn't ever do the 499 credits just for a base card thingy. But, this was a little different. This card was on my top 10 wantlist for under a day, as I grabbed this one with the goal of finishing the base set. Sure, I could have waited until Black Friday at COMC and picked it up for 40 cents, but this was just as easy. Filling in the last card to complete a set? Priceless. 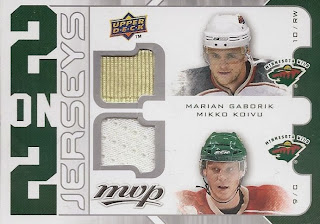 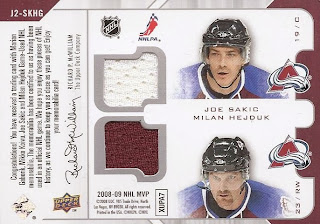 Now this one I had no problem dropping a lot of credits on. I'd already added a 07-08 MVP with Hejduk and Gaborik in my 2-14 binder. So, I might as well go big on this to add its big brother form the next year. The best thing is that the two relics I was most interested in are the two colourful ones, with the players of secondary interest to me are basic white swatches. Sakic being of secondary interest? Only with the 2-14 binder.

And even with this I still have 1900 credits to blow. Anybody want to get into a bidding war with me on a Pro Set Mike Vernon?
Posted by buckstorecards at 18:17