Shane over at Shoebox Legends was one of several to receive a goodie envelope in the time after the Expo. The return envelope showed up last week, and here are some of the highlights of an envelope loaded with Senators, Blue Jays and... 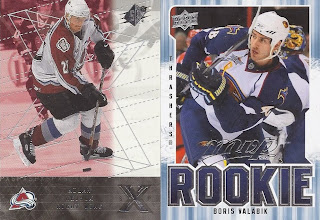 a pair of new cards for the 2.14 binder. With this, Milan Hejduk is now the first person in the binder with 50 different cards to his credit. Boris Valabik, who'd also be a Kitchener Rangers alum now has 4 cards. 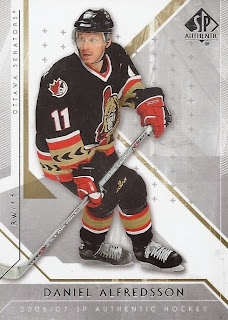 Among the Senators cards was a new Alfie for my collection.

But, the majority of the cards were of the Toronto Blue Jays variety. 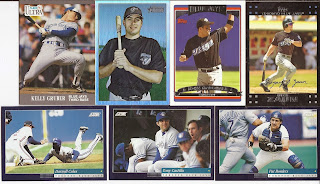 Here's a nice fraction of them. Starting off in the upper left, we've got Kelly Gruber ducking out of the way from an inside pitch, Depending on how you view things, the view of his crotch is either the most interesting or the most disturbing part of this card. There's a shiny Troy Glaus right after that, followed by two of the more popular characters during their Toronto run. It will be really nice to see John get a WS ring in 2014. On the bottom, a trio of interesting photos from 1994 Score. The Darnell Coles is probably my favourite, since it appears that he is easily out at third.

But the best Jays card? 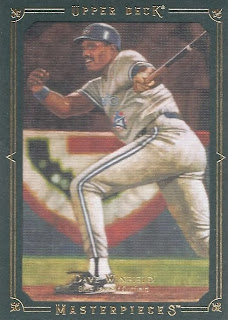 A nice commemoration of their first World Series ring - numbered to 75 no less.

Thanks for the goodies! I'll keep taking looks at shows for cards from your wantlists!
Posted by buckstorecards at 13:54