What type of goodies came out of the insert portions of those 4 rack packs I grabbed yesterday? Time to show them off. 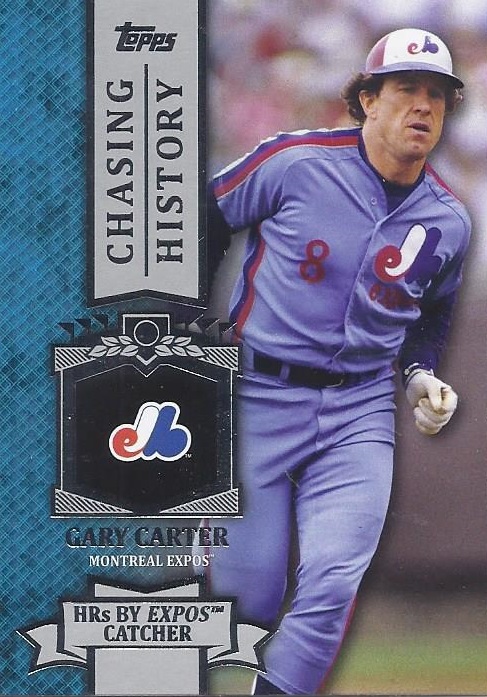 HRS by Expos Catcher might not be the most spectacular stat there is out there to be featured, but any excuse for the classic Expos road blues to be featured on a card is OK by me, and it is probably my favourite of the bunch. 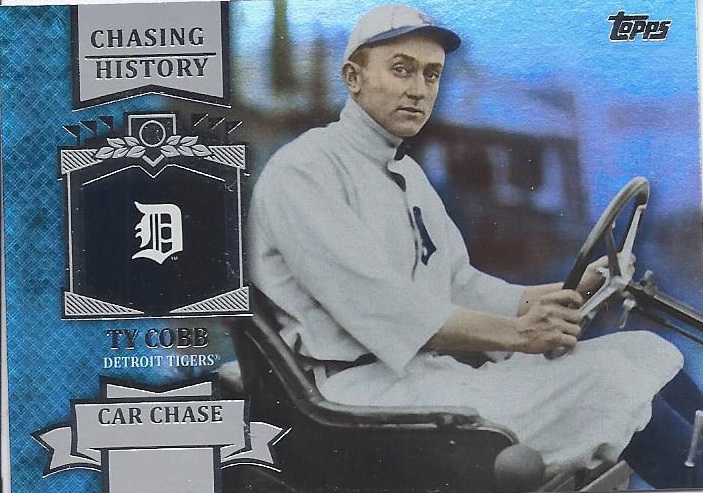 Honourable mention goes to this foil of Ty Cobb, which might have given the most interesting moment from the CH subset. It salutes a moment from 1910, where the batting champ would receive a car. I wonder if that's thr vehicle he chased down. 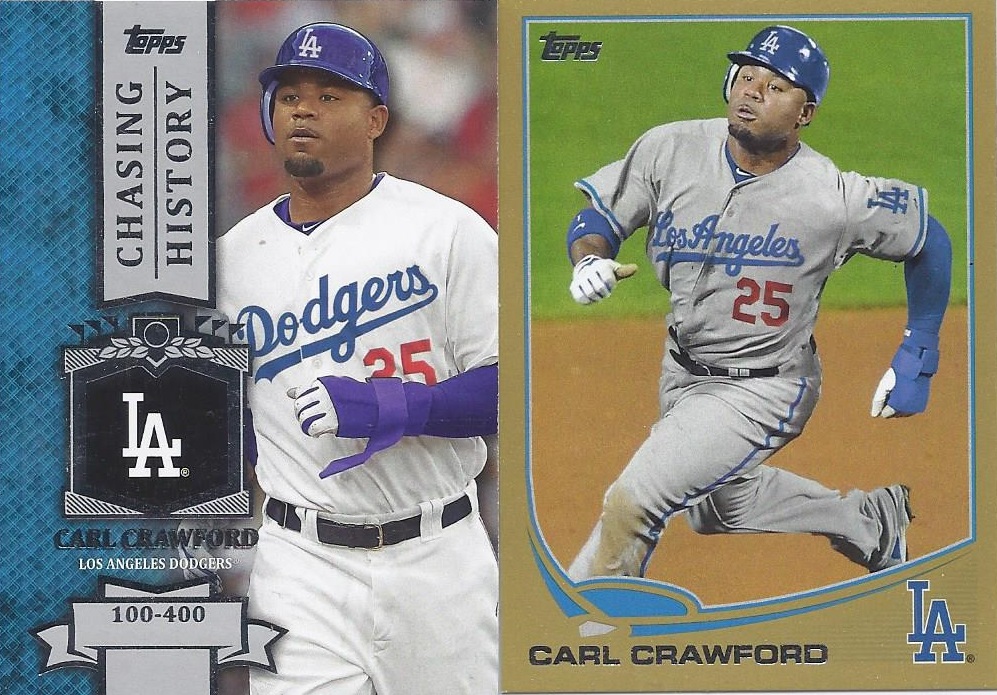 From the hobby packs, it was Mike Trout who was the most heavily represented among the insert cards. Here, I ended up with a pair of Carl Crawfords. This was also the only gold card I pulled.

But I did get a nice trio of emeralds. Great photos on all 3, but I wouldn't have minded getting at least one where the colours weren't white, red or gray. 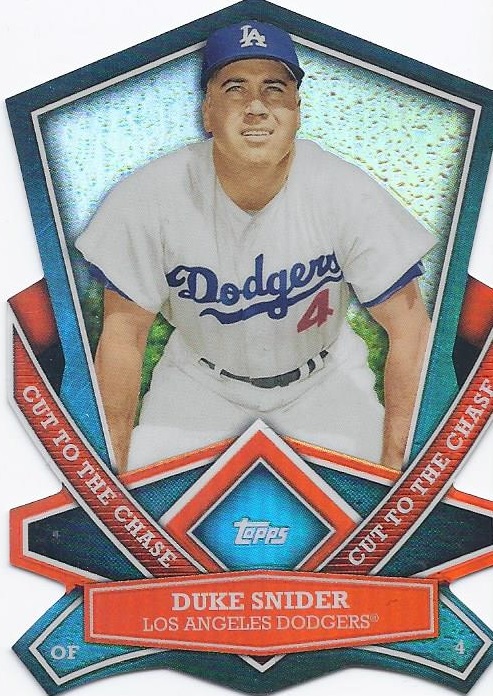 Here's some more blue. The Dodgers love continued with the only CttC card, as I ended up with a nice Duke Snider.

Chase it down will probably be the first subset in the flagship that I'll try to complete. 4 down. 11 to go. How hard could it be?

I don't think I'll be going after the WBC set,  but will go after the Votto and Morneau cards for the Canadian MLBers portion of my collection. 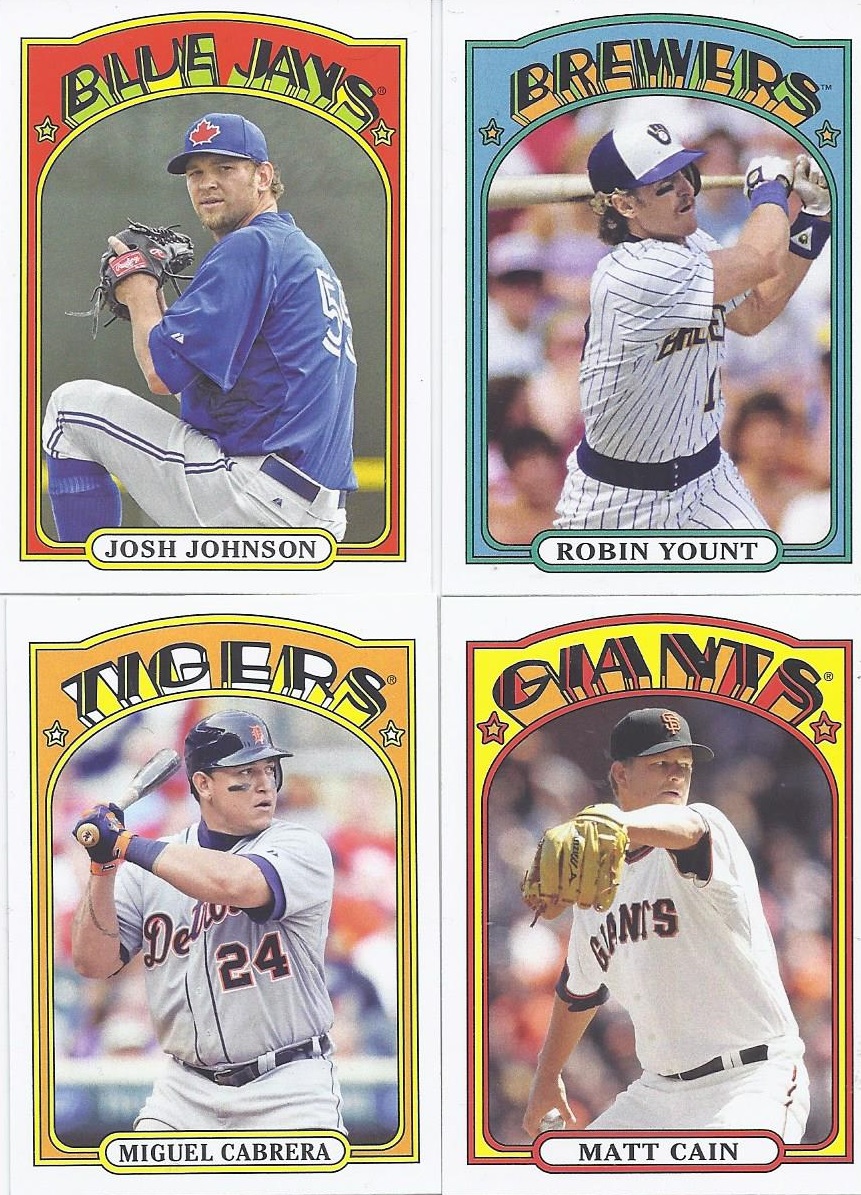 And to wrap it up, here are the 4 minis I got - 1 to each pack. The classic Brewers logo, complete with pinstripes, wins this foursome, even with a Blue Jay  The fact the Johnson is a rerun from Bowman base has nothing to do with it, even though I'm sure there were a multitude of spring training photos for them to choose from.

Well, that's it. I'll probably have a full trade/want list for Series 2 and Archives up tomorrow.