Time to put this Target purchase to bed as I work my way through the mixed cards from 92-93 onward. 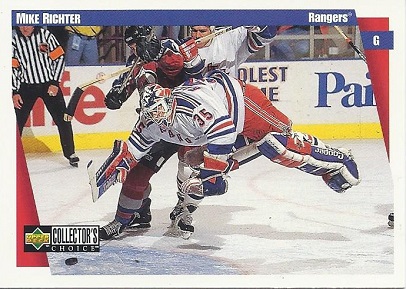 As with yesterday's post, I'm leading with my favourite photo from this group. It's a desperation dive from Mike Richter to either prevent a goal, or cover up a bouncing puck. There aren't too many cards out there where neither the player, their skates or their stick is touching the ice. 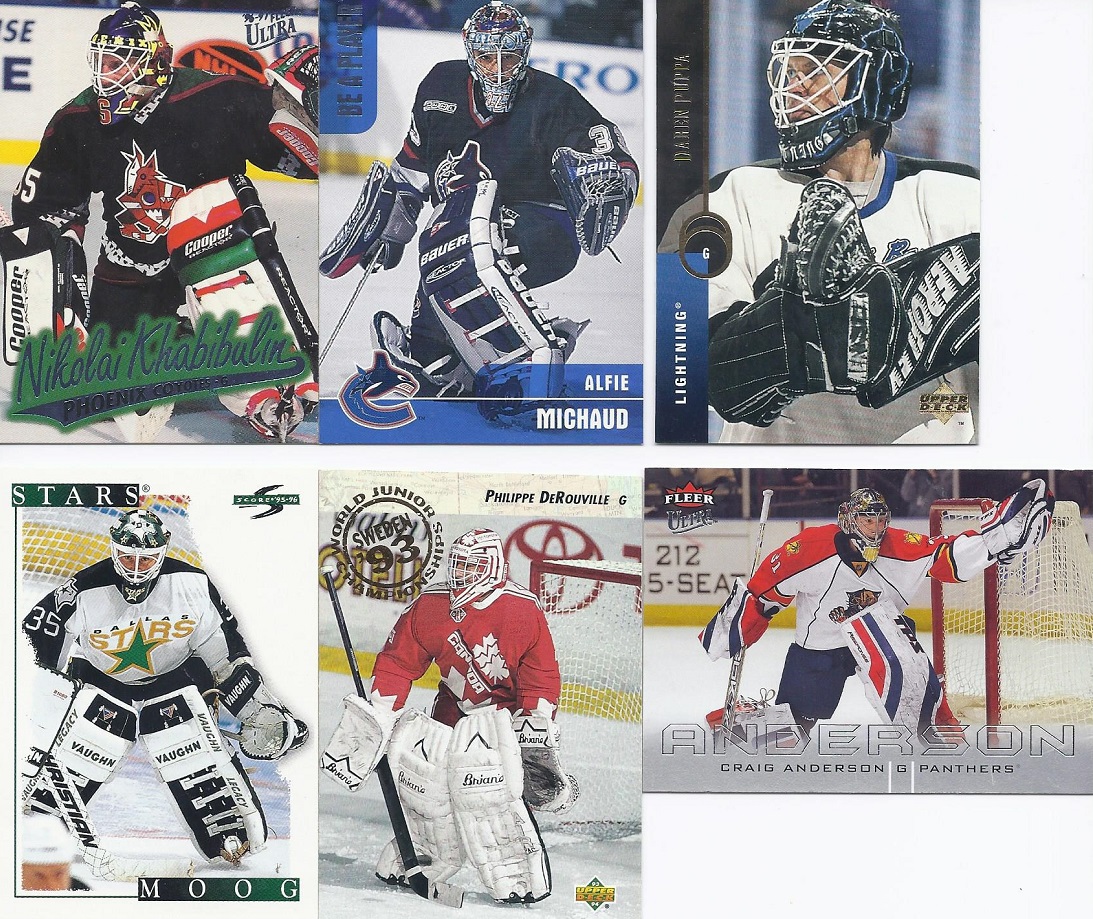 Richter isn't the only card bound for the mask binder. These 6 will also move in. A nice variety of familiar names, and the not-so-familiar. Alfie Michaud played 2 total games. Philippe beat him with 3. 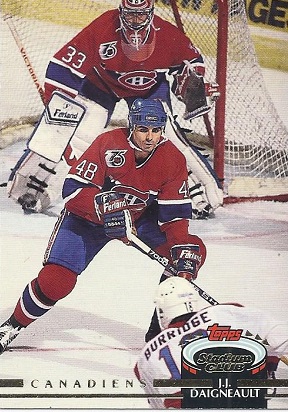 I pulled a card each of two of my favourite names in the NHL. J. J. Daigneault might not seem thaat spectacular, but his full name of Jean-Jacques Daigneault is a really fun one to say out loud. Try it, but do pretend you've taken a French class at least once in your life. And the best name ever to be engraved on the Stanley Cup. There aren't enough people in sports named Jock. It's this card, and a card of ex CFLer Jock Climie in my collection. That's it. 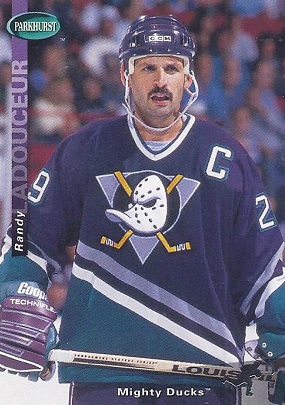 He played three season out there, but it still seems strange seeing Randy Ladouceur sporting a Ducks jersey. 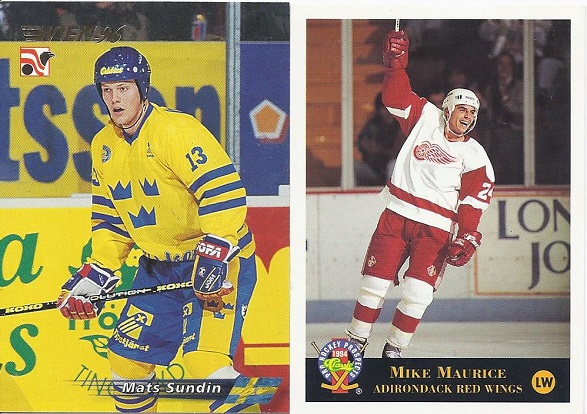 Non-NHL cards? There were a few of those as well! A Swedish card of one of hockey's most famous Swedes sporting the always good-looking 3 crowns uniform. 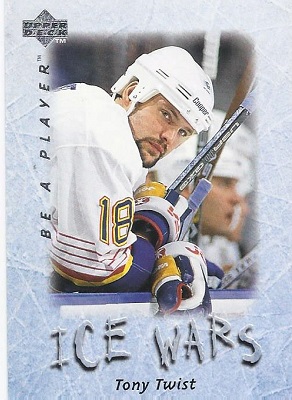 This is the second Tony Twist card that I've posted over the past few weeks. His autographs don't seem to be that expensive. I really should grab one off COMC or ebay at some point.
\

Shiny! The Jeff O'Neill actually looks a lot brighter in person than on the scan. Zubov does seem a little less garish in person as well. 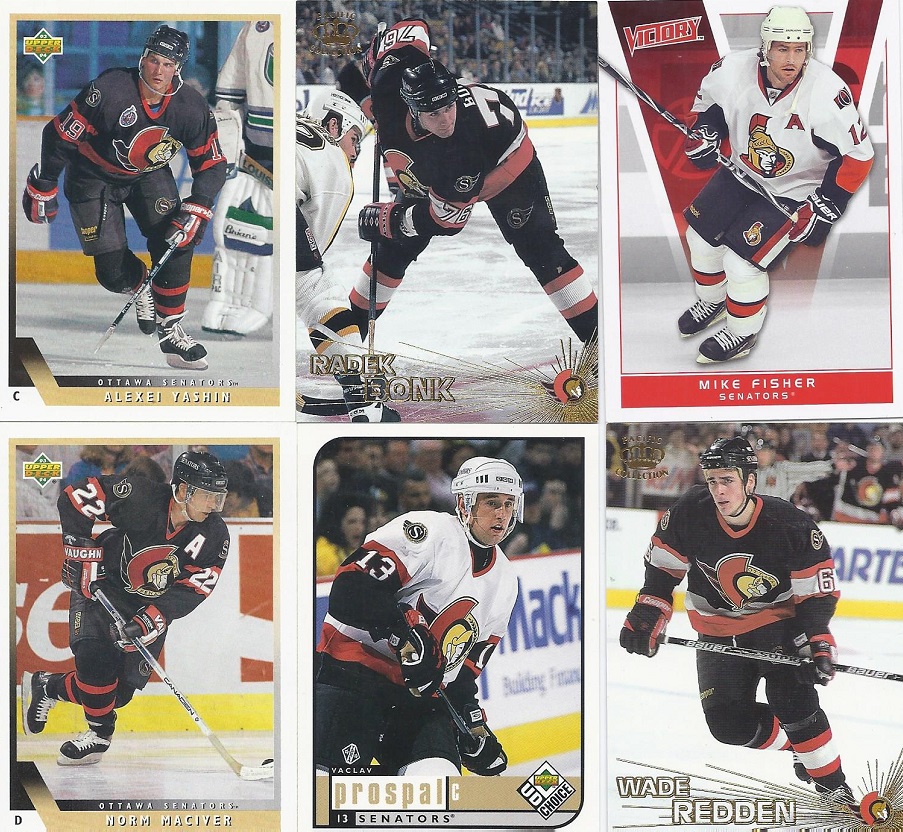 And to wrap it up, 6 new Sens for that binder. The Yashin would have been a decent pull back in the day. I wonder if Mike Milbury would be interested in swapping for it....

Posted by buckstorecards at 17:33