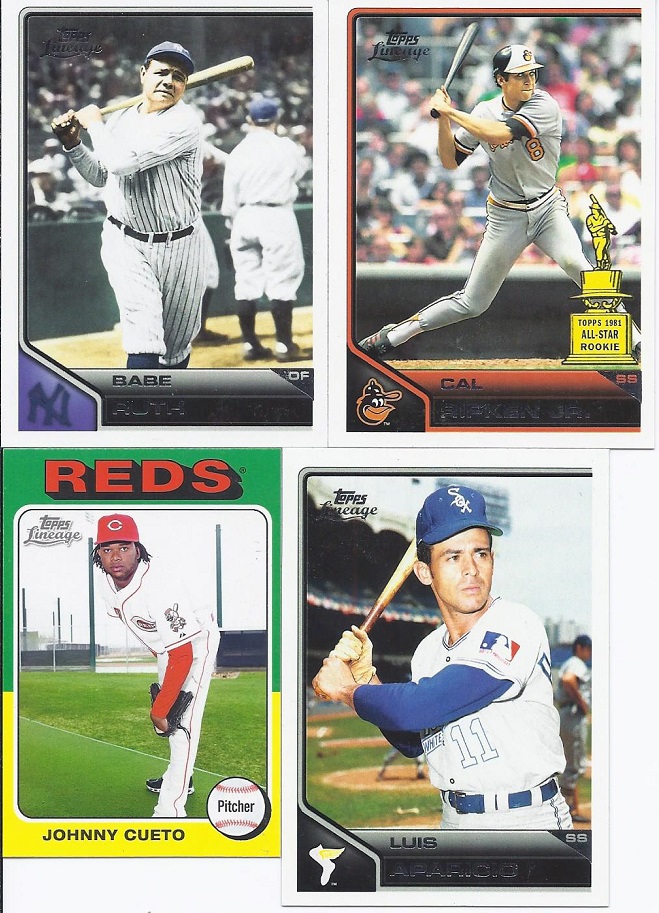 Wow. A very American League pack, with a 12-2 lead. My favourites of the bunch see classic logos in the corners of the cards. The Aparicio easily wins this pack for the classic pale hose logo. The mini was nice, although I note these are just a bit taller than the ones from the last two years' flagship cards.

These are always fun to come across, due to an interesting variety of players one could find. 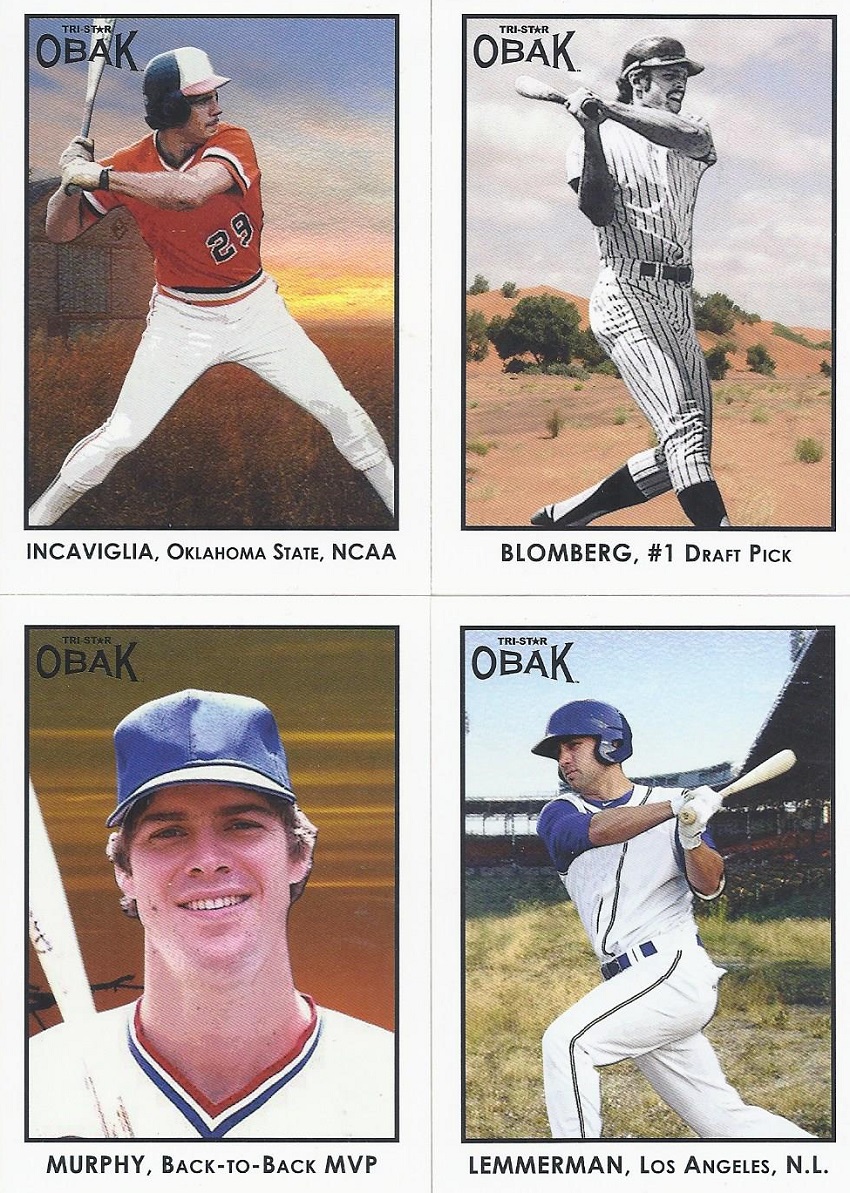 And my best pull from this repack falls out. If I ebay'ed it, it would probably at least cover the cost of the repack. I'd rather consider it trade bait for any Trout megafans out there. 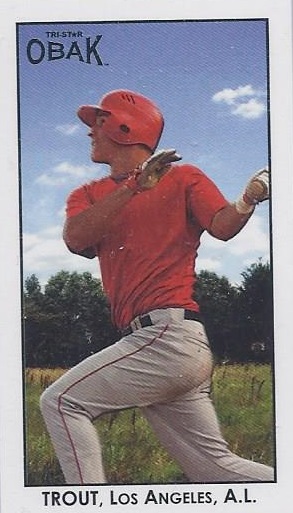 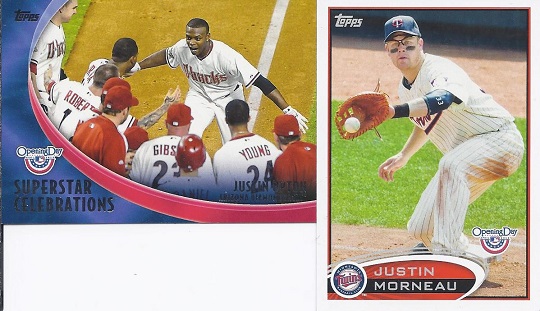 A new card for my CanCon collection, and that Upton's pretty nice as well. Did I get my money's worth out of this? Lots of binder stuff, some PC stuff, and a nice piece of trade bait. Definitely a win for me.
Posted by buckstorecards at 08:48