A trip to Target early today revealed a nice selection of Series 2 on their shelves.

So, I did what any sane person would do in this situation.

Concerning the base, combined with this purchase, and a couple zistle trades, my needlist is somewhere in the low 40s.

I'll highlight the inserts tomorrow sometime, and eventually get up some sort of massive insert/base trade bait post. But, today, here are all 12 red border inserts I picked up. I got a Blue Jay. 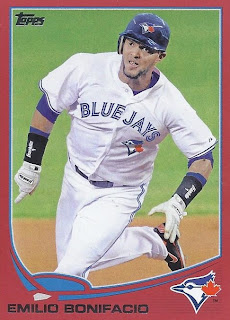 And a very unflattering card of Matt Cain where his neck appears to be eating his chin. 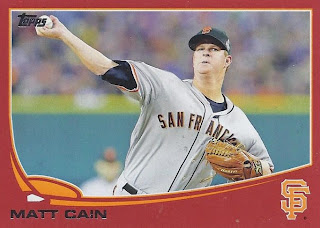 And the rest! (TM: Gilligan's Island) 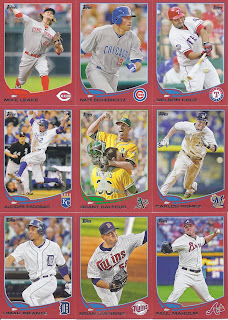 Photo-wise, Balfour easily wins this battle, although the Escobar is nothing to sneeze at either. The team logos with a lot of red in them really don't work in this format, but the Brewers one looks a lot better. The Wisconsin background isn't easy to see against the base white, but it pops nicely here with the red.

Seeing as I'm now within a short distance of completing the set, I probably should pass on buying any more packs.

I know I won't, though.
Posted by buckstorecards at 16:39