Firstly, if you're expecting a small envelope from me, 5 of them went out this morning. Some might come as a surprise, some, notsomuch.

Alrighty, off to the goodies from another 100 card Fairfield basketball repack. Once again, I struck out on the 1 in 4 relic insert, but I still enjoyed working my way through the cards. 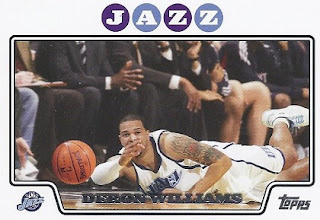 As before, I lead with my favourite photo on a Deron Williams card. There were plenty of dunking photos in this. However, my pick goes to this one. It is another example of a beautiful horizontal card. The ball being thrown in a desperation pass, with both the floor and the bench visible behind him. 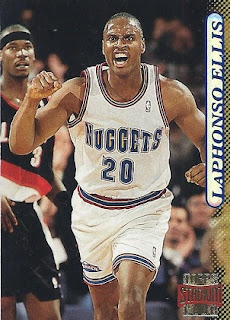 Honourable mention to the great celebratory LaPhonso Ellis shot.  I'm not sure what just happened, but Cliff Robinson looks stunned. 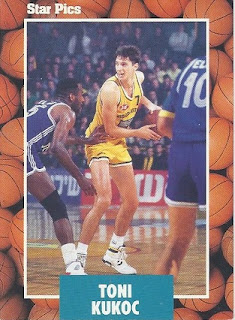 Usually, I'd consider this one the best oddball of the bunch. A Toni Kukoc card from 1990, a couple years before he actually debuted in the NBA. But, this one was in there as well: 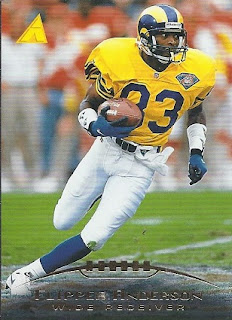 Oops. Right up there with the Lee Trevino I pulled from a baseball repack. I'll get around to posting that one as well. Sometime. Next week. Or in August sometime. 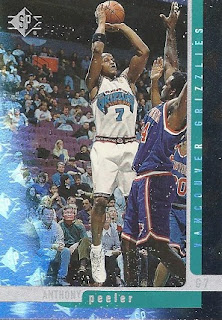 Unfortunately, a couple of cards in this box showed some sign of having the photos, well, peeling off. That doesn't mean that I won't put them up as an ebay 1/1 special speckled edition, though. 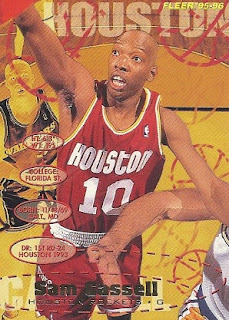 Even Sam Cassell, who consistently makes lists of the ugliest people in the NBA, looks positively normal alongside yet another loud mid 90s Fleer design. But that wasn't the biggest eyesore in this repack. 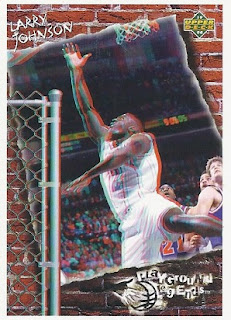 THREE! DEE! It sounds even better when you pronounce it like Janet Varney & Cole Stratton did in their Rifftrax Presents of Jaws 3. I almost need to lie down and deal with a migraine while looking at this. 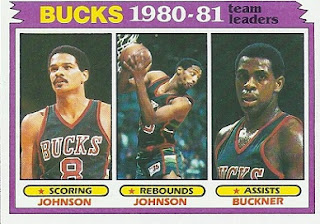 This was the oldest card in the pack, and I pulled a similar one the first time around. Doesn't really have the star power of the first, which had Moses Malone on it. 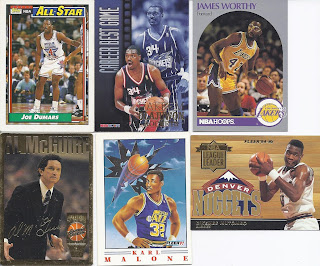 A nice variety of Hall of Famers. I'm torn between the painted card of Malone and the oddballness of the McGuire.

And yes, I know Dikembe isn't in yet, but I can't imagine that he won't be enshrined. 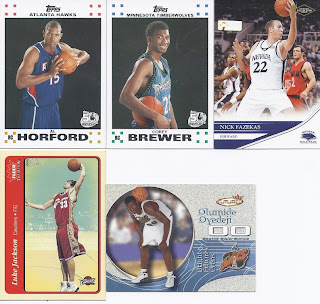 My promised 5 rookie cards. While there were more, these 4 being grouped together make me think that these were the ones being referenced on the package. A least some of them were still active last season! 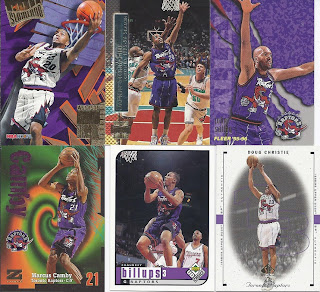 And finally, after pulling zero Raptors the first time, things went better this time. 6 of them. My fave in this bunch is the Damon in the upper middle. It's all about the setting. A matchup between the two Canadian teams commemorated on cardboard. Thanks, Stadium  Club!