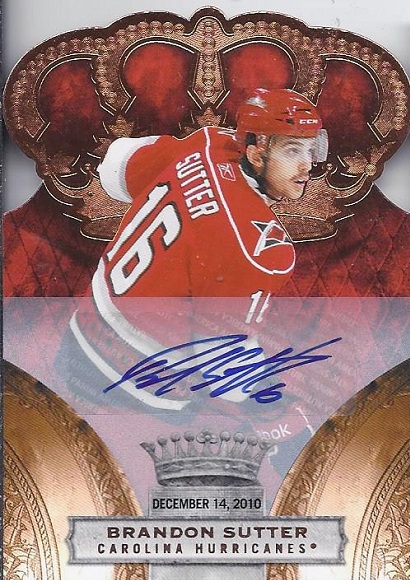 Opening with one of 3 new entries into my 2/14 collection - Brandon Sutter. This is my first auto of Sutter in my collection, joining a relic of his. This one is from 2010-11 Crowne Royale, from a Premiere Date subset. I'm assuming that is what 12-14 refers to is his first game. It's #'d to 100 as well. 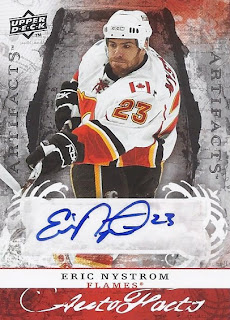 And my first hit of Eric Nystrom for the binder, coming from 2008-09 Artifacts. Since Eric is also a UM alum, I look for inexpensive hits of his to be sent to Too Many Manninghams. I've pretty much settled on alternating plan of sending one, then keeping one. And so on. 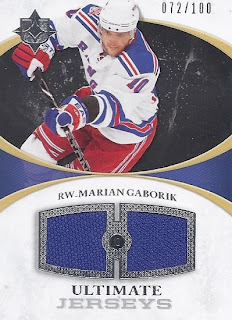 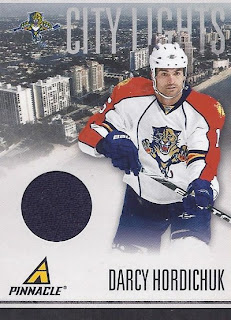 The City Lights insert set might be among my favourites. It's all about the back, which features nothing about the player, instead choosing a story about the history of the city in which they play. In this case, Sunrise, FL. 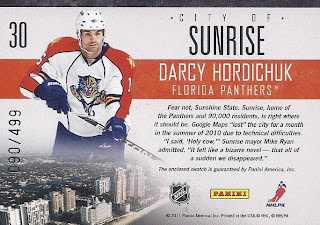 And that is why I shelled out for a card of a journeyman like Hordichuk. 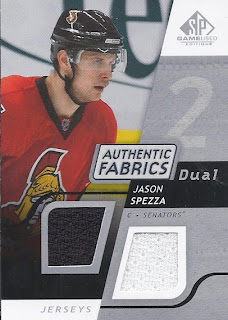 I remarked, after getting a nice quad relic of Spezza that my solo cards of his were entirely red relics. So, one nice collection of black and white swatches deserves another. 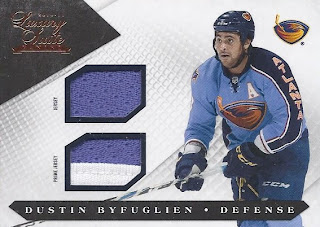 I'm not a Dustin Byfuglien, but this is a sweet design, and a really great two colour prime jersey. If it's true that he's ballooned up to over 300 pounds when the season ended, there will be a lot more jersey to work with in terms of creating relic cards in next season's offerings. /125 for this one. 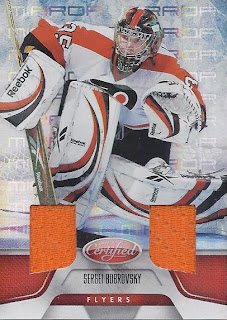 I'm not going to pass on a nice hit of the reigning Vezina winner for $2.00. 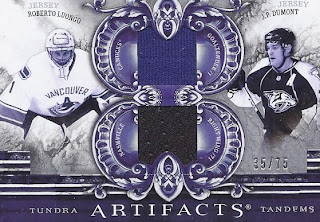 When I grabbed this one, I was wondering why these two players were doing on a 2010-11 Artifacts tandem card. The answer was in this card numbering.  TT2-VALDOR. The two both played junior hockey for Val-d'Or in the QMJHL. Interesting to see them make the connection on that, and combine them on a card.

Looking at some of the other entries at COMC, there are interesting pairings beyond just NHL teammates. A few juniors combos. Even a Finnish goaltender pairing.

And I did get one baseball hit, but it's still one tied to hockey: 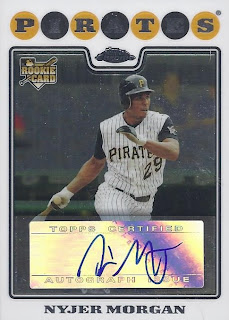 Posted by buckstorecards at 16:13