With trades netting me the rest of the 2013 S2 base set, I'll be in a pack busting funk for a bit. At least for a couple of week until Score Hockey drops. So, in the meantime, and in between time, I'll try a 10 packs for $12.95 repack in order to scratch some itches.

That's actually 11. So, that does throw a slight spanner in the works when it comes to an even distribution of packs over several days of posting. But, since one of the packs was a rack pack, it's like two packs, so I can still do 4 a day, without having to pick up a random pack between now and Sunday.

So, since they group together so nicely, let's head back to the great year that was 2007. What type of cards will I get from the year that also gave us such memorable gifts such as "Who's Your Caddy?"? 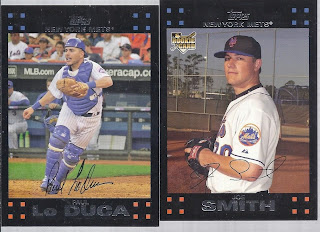 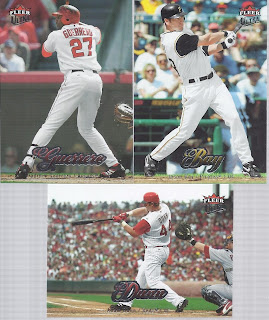 A new Vladimir for the binder. A new Jason Bay for the CanCon binder. And a nice photo on the Adam Dunn. When an Omar Vizquel is the least binder worthy base card in the pack, you've got a good one. 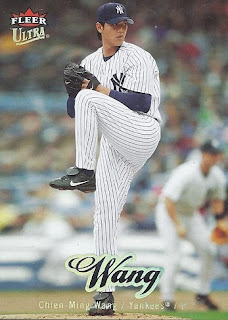 And everything the first pack was, this one wasn't. Here's the parallel. 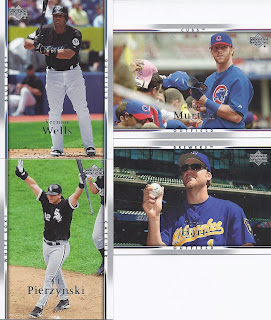 A Blue Jay, and three interesting photos. I'm not sure what was going on in the AJ photo. Celebrating a home run? Or just acting like a d-bag? If I were to bet, I'd pick the latter.

Not too bad. Binder material is all I ask for.

Posted by buckstorecards at 13:41