I did another base card build on Matt, but threw in a couple hits for his PC as well. Time to take a look at the goodies that came this direction. 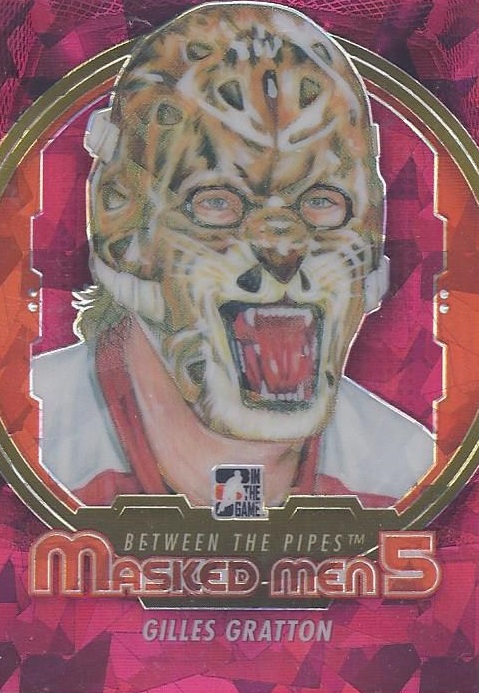 It's nice. It's shiny. It technically doesn't really count as a hit, but that's not going to stop me from putting in the hit pages at the front of my mask binder. It's a beautiful card that salutes one of the more famous masks in the game's history. Any mask that's in the Hall of Fame deserves such an honour. 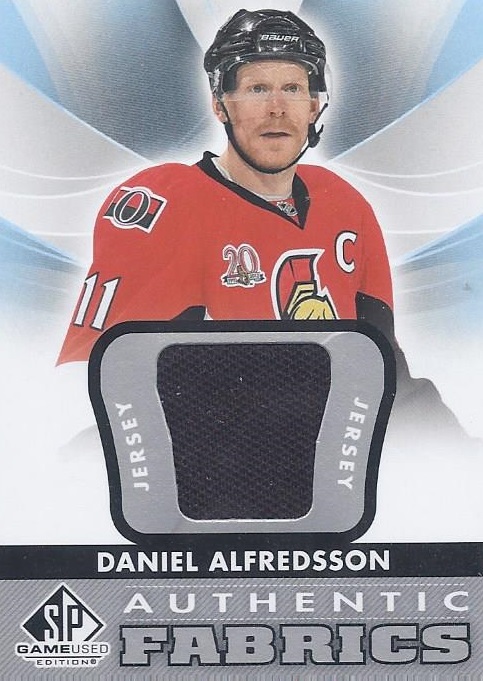 This one turned into an 'Oops!' on my part. I picked up another one of these a couple weeks back, forgetting that this one was on the way. However, that's a white swatch, so it can go side by side with this one. The only problem is that it means I now might have to look for a red one to complete a Sens rainbow. 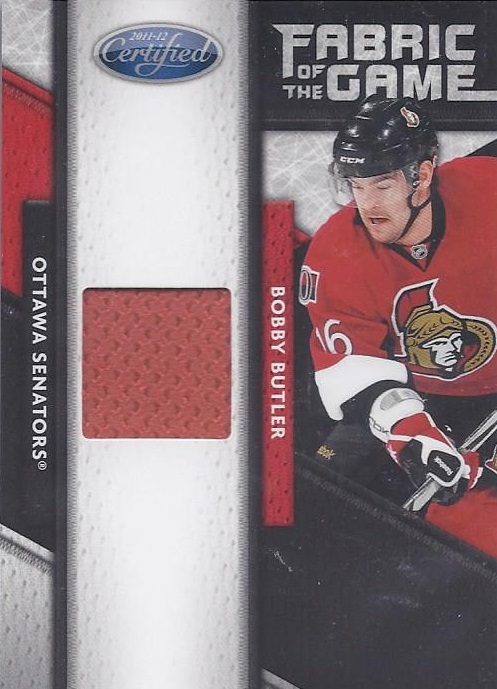 Here's a red one from a second former Senator. My first hit for Bobby Butler. 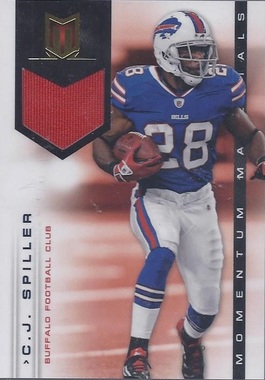 I added 2 hockey hits for my favourite team, so why not do the same for my NFL loyalties? I have a nice little group of Bills relic cards, but this one is the first only in a colour other than blue or white. 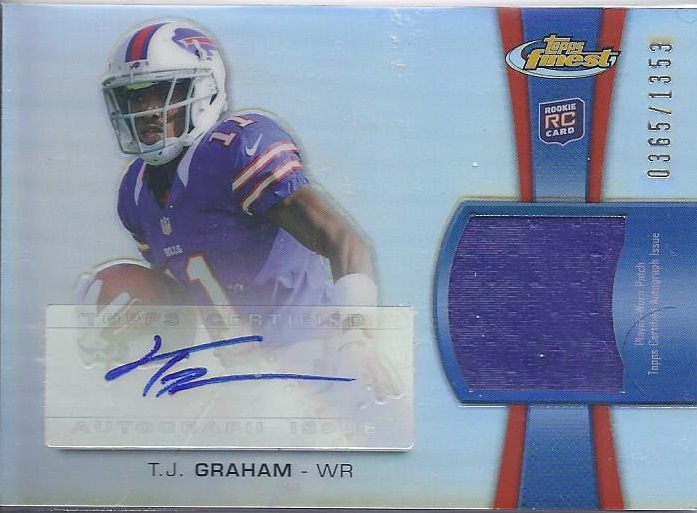 I'm well aware that TJ Graham hits were plentiful in last year's product. Somehow, I managed to avoid all of them, making this my first hit of his. Nice effort on the signature. I'm considering doing a post solely for the cards in which I admire the penmanship of the signers. TJ won't make the cut.

But considering he seems to have about 10000 or so autographed cards out there, I'll forgive.

But, since Matt felt guilty about taking so long to send the return package, there was a bonus card in there. It was unneeded, as I always pass the blame along to Canada Customs, who seemingly have a default position on incoming packages as 'contraband, unless proven otherwise'. 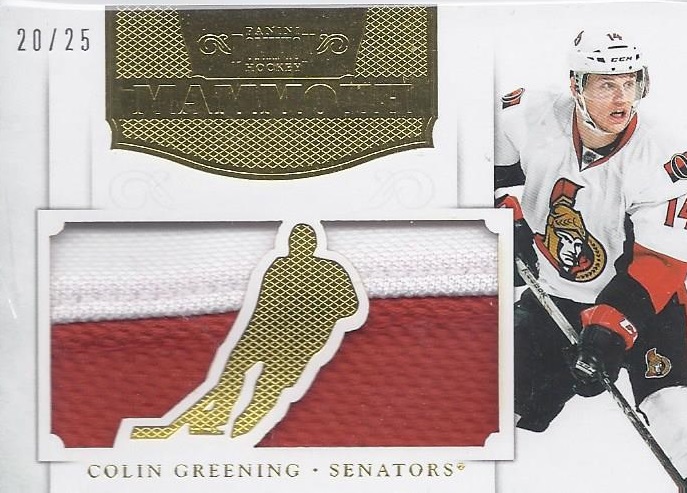 Thanks for the bonus addition to my Sens collections. Hopefully, the Sens see a lot more of the guy we saw in the playoffs.
Posted by buckstorecards at 12:08