As Target continues its move into Canada, the third store in my nearby vicinity opened up this week. I've never been a "Day 1" type person, so I swung by to take a look at the card aisle. It's about the same size as the first, and a little larger than the second.

I had seen the Collector's Cache baseball being busted at several sites, but had yet to see any hockey show up. So, why not try one? 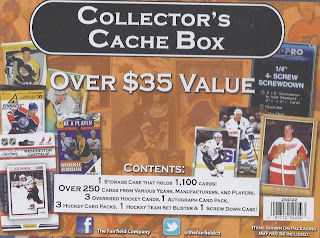 Here's the contents. The case itself will be just the right size to store my Flagship from this season after Update, and I'd still have room in there for some inserts. I'm already interested.

I'll get to all the loose cards, both regular and oversized, tomorrow (hope you like 1990 Bowman!), and focus on the rest.

As for the rest, reverse-chronological order! 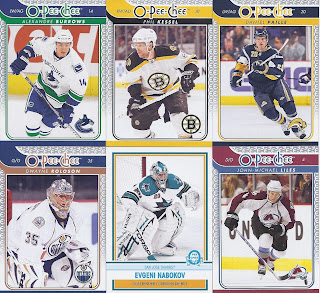 A nice start. A pair of mask binder cards, with one being a retro. 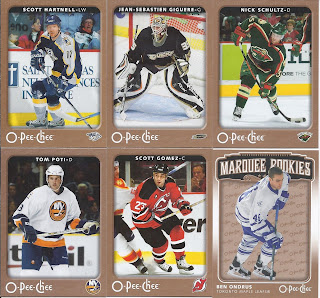 This pack, on the other hand, was not so impressive. The JSG double-ducks mask is always nice, but this is still pretty bland. For the rookie, Ben spent much of his time in Toronto bouncing between the parent club and the Marlies. 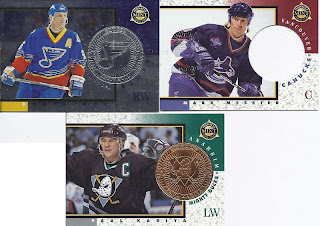 With a 30 card set, you shouldn't have too many problems pulling an impressive 3 pack. These certainly qualify. The silver parallels fall at about a 1:23 rate, so I beat the odds there.

As for the coin? 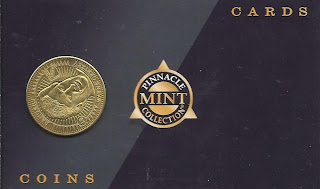 Finally, the Be a Player, with an autograph guaranteed. But first, the base: 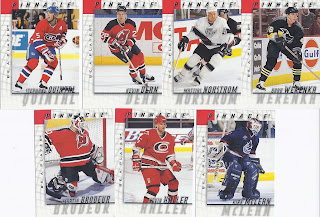 A couple pretty well-known netminders, a couple veterans, and a couple "Who was he?". Pretty much what I expected. 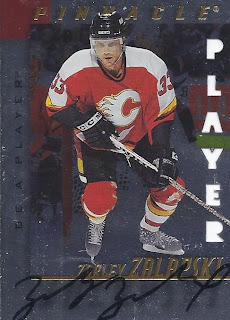 AWESOME! One of my favourite names in hockey history, and by far the best player even with a double zed for his initials. It's a die-cut variant as well
Posted by buckstorecards at 08:34