I took part in the Diamond King's draft a few weeks back. The package finally made its way across the border earlier in the week. I'm starting to figure out when things will arrive. If The Dutch Card Guy is in the draft/break, I'll wait for his post to go up, then one day later, the cards will show up here. Canada Customs. Ugh.

I'm going to go through all the cards I got alphabetically. Why? Since it is a different way of showcasing the new cards. 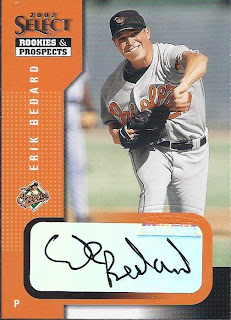 2002 Select Eric Bedard autograph. One of two cards in my top 5 that I had quite a bit higher than I should have. But I did want to be sure I got my hands on them. He's probably pitched his last big league innings after his run in Pittsburgh this year. But it is a Canadian kid, and while he won't make it to Coooperstown, he'll probably make it to St. Mary's. 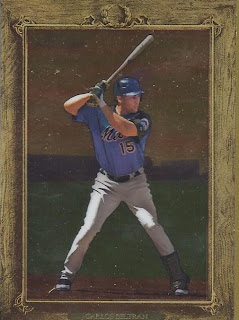 2007 Turkey Red Chrome Carlos Beltran. It's out of 1999, but the deciding factor in this one was that the card was of a Met. 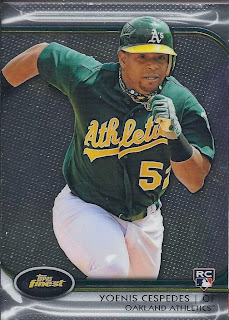 Bonus round. I got the last card in one of the drafts and this was the one that was left. Not too shabby. 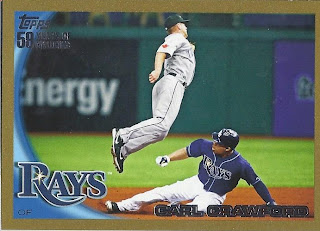 2010 Topps Carl Crawford gold-bordered 129/2010. My last card of the draft itself. I don't think I reached into the triple digits on my original draft list. But I did toss out several cards that I was certain would be gone when I got to that stage, so that likely accounts for that. The nice picture on this one moved it up higher than it likely should have been. 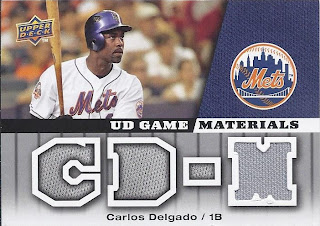 2009 Upper Deck Carlos Delgado jersey. 2nd round pick. It's a Delgado. It's a Delgado relic. A relic of one of my favourite players. I'm not going to pass on selecting that one. 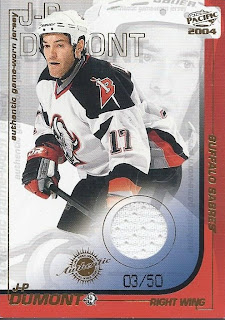 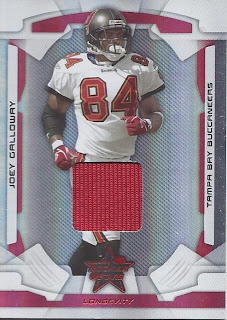 2008 Leaf Joey Galloway Jersey #244/350. 11th round. I didn't have a lot of non-Bills relics in my collection, so I took the opportunity to recitfy that situation.
Posted by buckstorecards at 08:20