And I don't mean Wild Bill Irwin's run as The Goon.

Nope, I meant a  better combination of two of my passions. Goalie masks and professional wrestling. Coyotes goalie Jason Labarbera saluted Wrestlemania coming to Phoenix by saluting two of the matches on his mask. 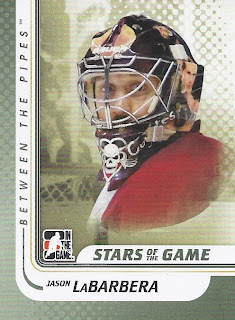 Shawn Michaels vs. The Undertaker on one side. 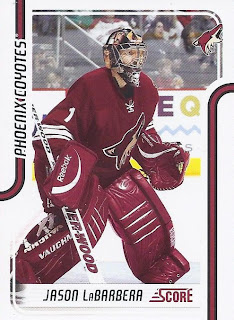 And Bret Hart. vs, Mr. McMahon on the other, with a bonus of Bret's logo on the chin. And should the season ever start, I'll have another Jason card to chase next year.