Since the NHL has about as much chance of coming back for the 2012-13 season as Elvis, I'm gonna post the remainder of hockey of the non-relic hockey cards I picked up there that I kept. Most of the commons I grabbed went to Shoebox Legends for his 82-83 set. I also sent off a Jason LaBarbera Wrestlemania mask card to Home of the Toddfather. Most of the rest of the hockey cards from the show can be seen here.

On with the cards! 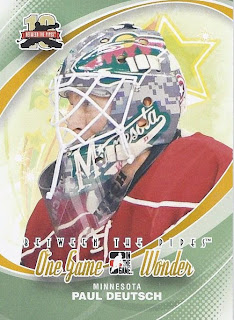 This one is easily my favourite of the bunch! Paul was an emergency goaltender who only played for the warmups in one game while waiting for the actual backup to arrive from the minors. And he gets a card of his very own. There's also an autographed card in the set, but I'm not shelling out $20 for the novelty of it. I'm just hoping that there's a Connor Crisp version of this in the next set. 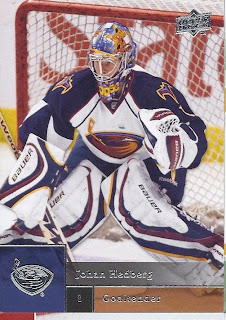 I love Johan Hedberg's moose masks. This is one I didn't have in the mask binder, so I picked it up for a dime. 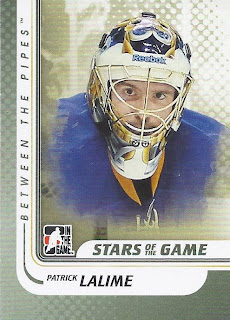 I didn't have a really good shot of Patrick Lalime's Buffalo mask. I'd rather have a good picture of th side with the horns, but anything from his Marvin the Martian collection is fine. 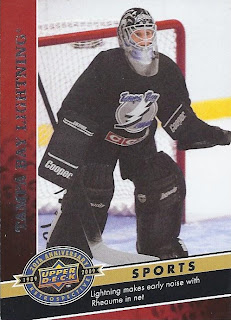 I guess this technically isn't a hockey card, since it was from the UD 20th anniversary set, but it is of a hockey player. I was actually looking for Manon's Masterpieces card, but ended up with this one instead. I did get that one a few days back, but that;s for a later post when I'm finally finished with Expo cards.

Any non-goalies left? Just this one: 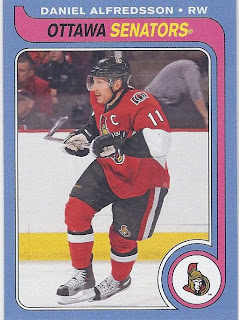 A nice retro of Alfredsson. I think this one went for 75 whole cents, which definitely put it in the upper echelon of cards I picked up on that Friday. One last card to go today. It isn't a hockey card,but with no non-hits left to show except for baseball, it had to go here: 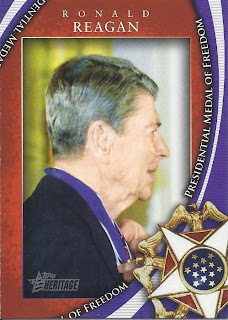 I still don't know why I bought this one, but I did. But it was a dime.
Posted by buckstorecards at 11:44