Contest winnings from way back when.

I'm finally getting to these after a while on the ol' back burner. Mark's Ephemera had a contest as to which team would end up with the 500000th error in MLB history. Nobody was correct (My pick was, naturally, the Mets, specifically iron-gloved Jordany Valdespin), but my name came out of the ol' random.org and I picked up a few cards. Based on the name of the contest, I was expecting some error cards. Instead, 3 relics came my way. A pair of Hall of Famers and a collection of right fielder bats. 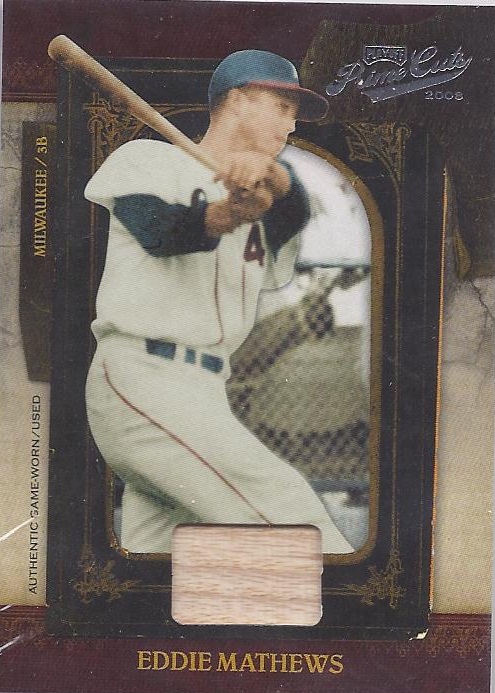 This one was easily my fave of the bunch. A bat relic of Eddie Mathews. It definitely brought out a 'WOW' when this came from the package. 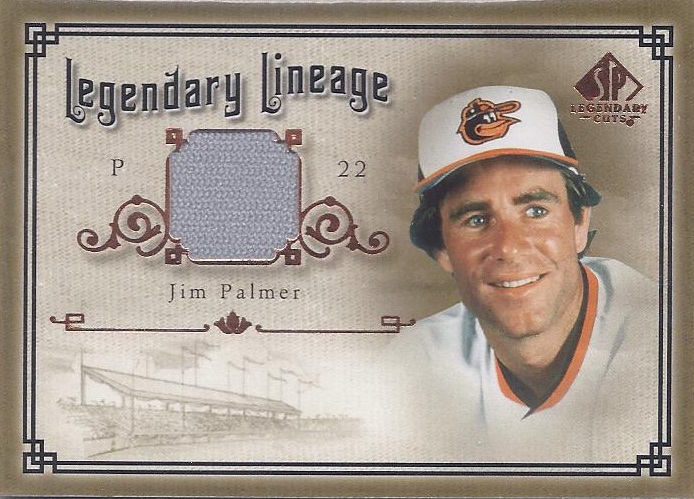 Another Hall of Famer! Although not as WOW worthy as the Mathews, since I do have vague memories of seeing Palmer play during the 1983 World Series.

You know I like the pack when a relic of a player who has played for my two favourite teams is the third among the three cards for interest level. 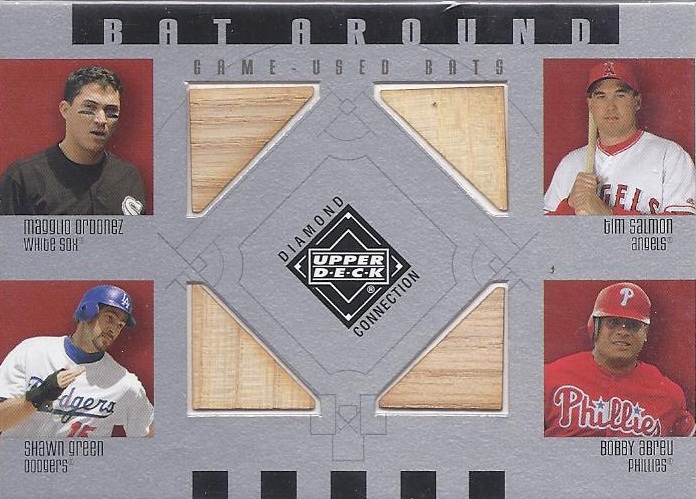 Thanks for the great cards, Mark!

Posted by buckstorecards at 03:04