Trade with The Toddfather

This whole thing goes back to the first group break there. I ended up with a pair of minor league cards that I shouldn't have from the break. Carolina was not, nor never had been Cleveland's affiliate. So, when I offered to send them back, I mentioned I was heading to the Expo, and could keep an eye peeled for interesting cards there. I picked up a Dexter Fowler relic, some Series 2 Topps, and the whole thing expanded. As does seem to be the norm.

Anyhow, I got some great Jays stuff in return. And away we go!

These might be my favourites of the trade. 3 1982 Topps stickers (Velez, Mayberry and Garcia). Totally obscure and great! I wonder what would happen if I asked my local dealer if they had an album for them. 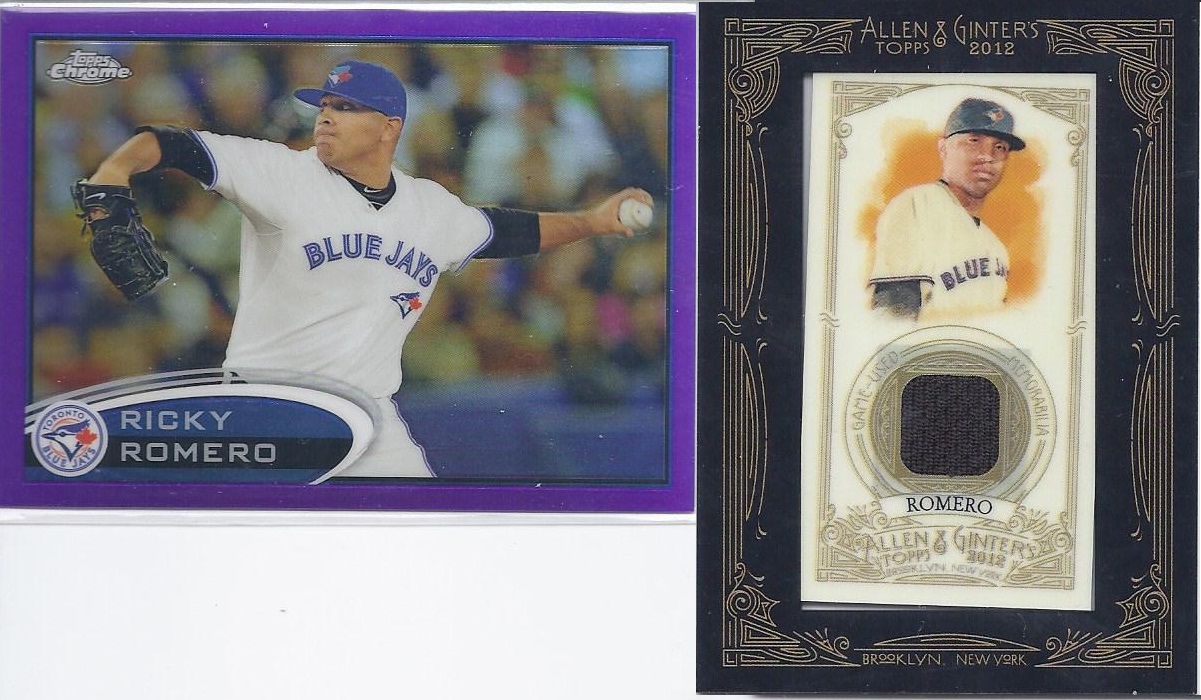 You know I loved those stickers when a pair of sweet Ricky Romero cards aren't my personal highlight of the trade. Hopefully, next year, when he likely won't be saddled with the pressure of being the #1 starter he'll return to the form he showed in the first two months of this year. 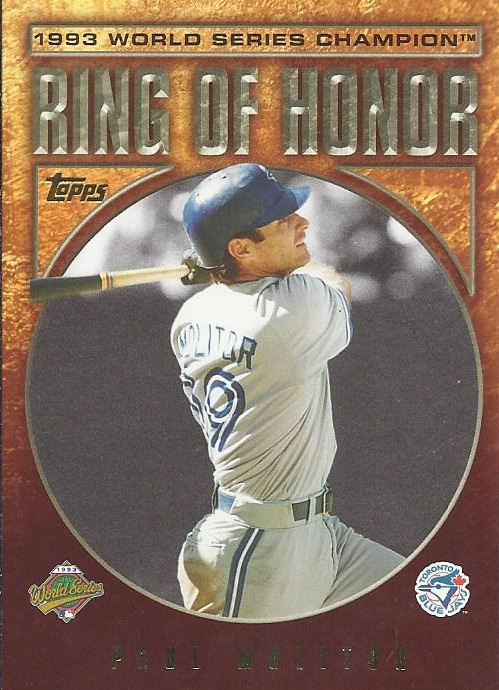 I've got the Mets from this set, but not this one. Much as I love Joe Carter leaping around the bases, it is nice to see someone else honoured from that year. Speaking of Molitor in '93: 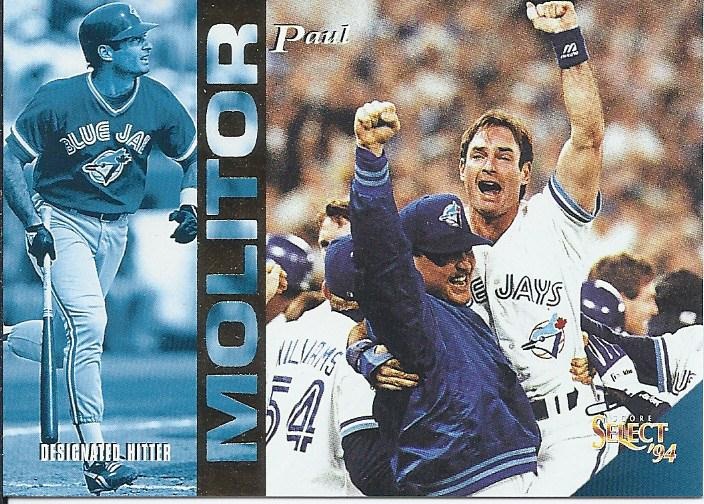 I really loved all the celebration cards that showed up in this year's baseball and hockey base sets. Nice to take a trip back to October of 93 with this one, as Paul and Mark Eichhorn (I think) whoop it up at the Dome.

Let's end this with an assortment of some of the other Jays.: 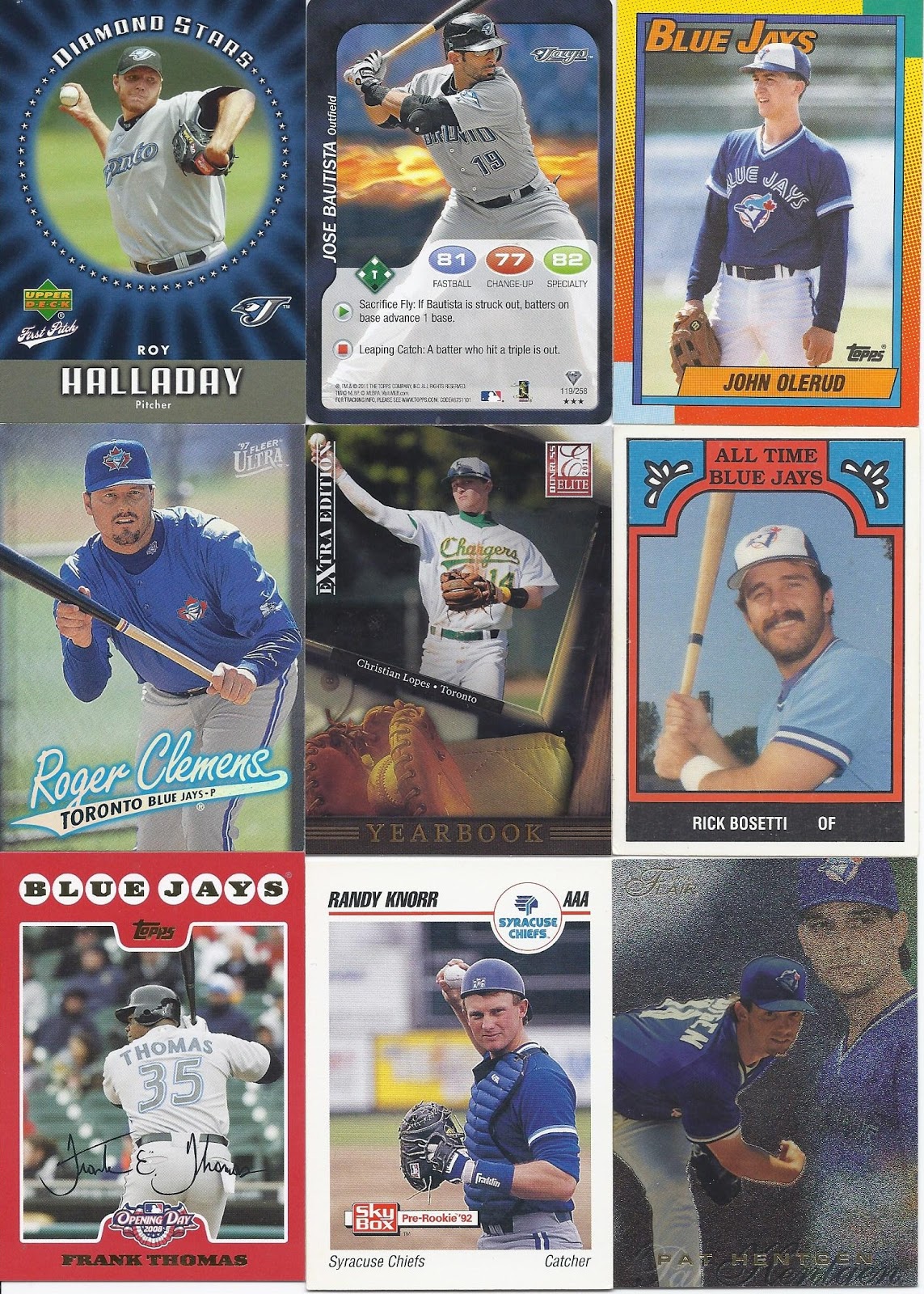 And a little bit of Canadiana. Two players with a dozen Tip O'Neill awards between them: 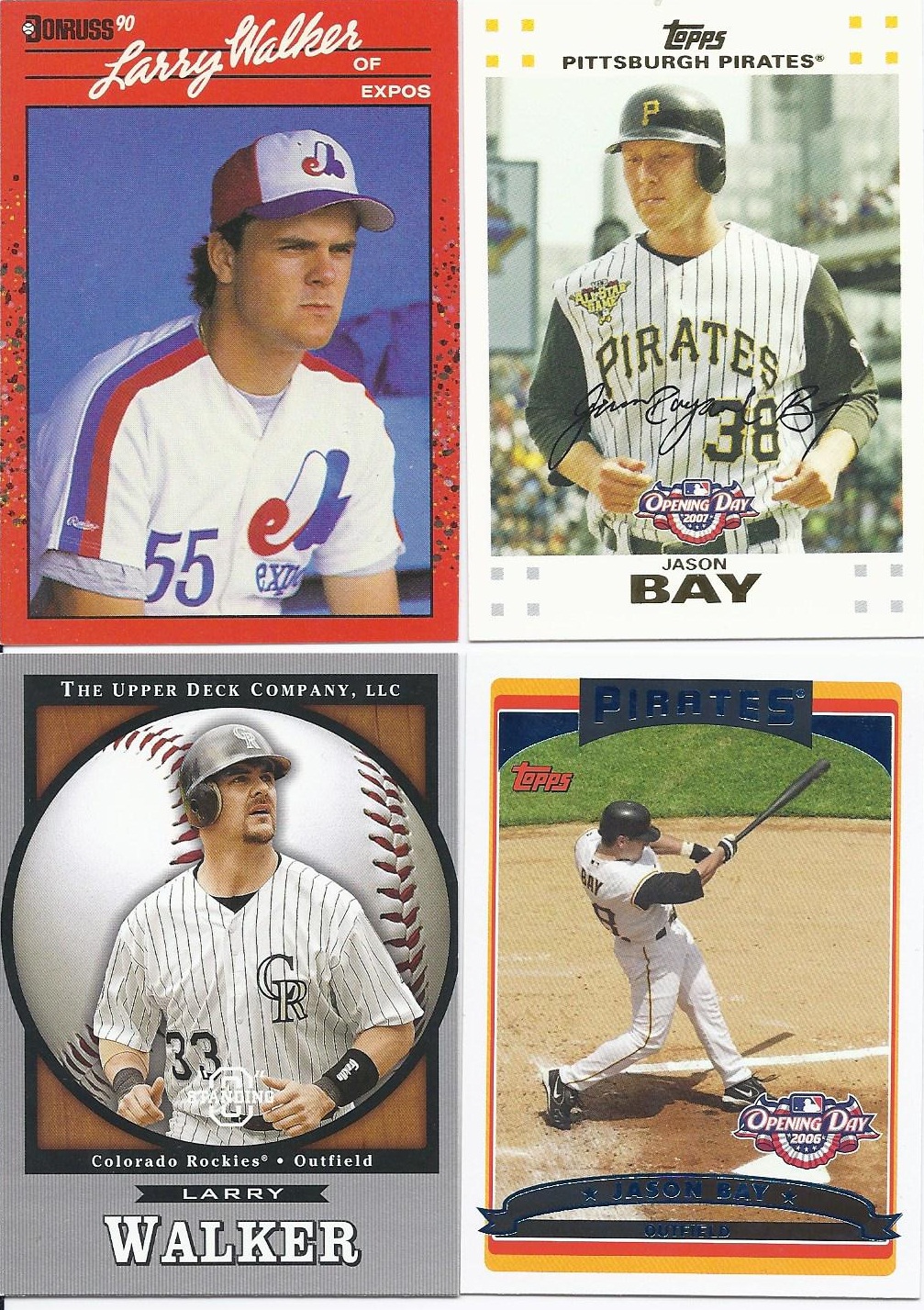 I love the 2007 Bay, with the city in the backbround. A really nicely framed base card. Thanks for the trade!

Posted by buckstorecards at 17:19