Continuing on with the Sportlots stuff. Today, a bunch of new entries to the hockey side of eventual 2-14 binder. 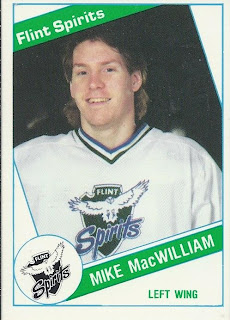 This one is my favourite, based on the obscurity factor. He doesn't appear to have any NHL cards, but did only appear in 6 games with the Isles in 95-96, picking up no points but did get 14 minutes worth of penalties. I thought there were no cards of him out there, but I guess that is why those sites have search engines. You never know. 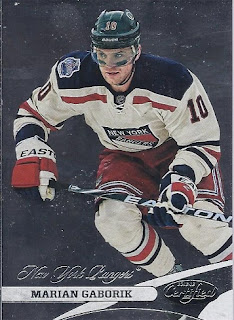 For non obscure reasons, this is my other fave from the shipments. How many times do you see a player with eye black on for his picture? There aren't many, and the ones that are out there come from the Winter and Heritage Classics. Marian is probably the guy in the snap cases with the most cards, and will probably be among the players to need at least 2 pages. 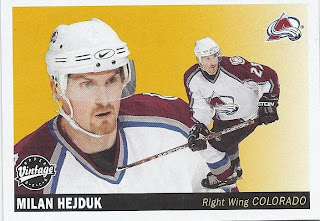 Milan is the guy with the most points among 2/14 babies, with about 150 point lead an Gaborik, but also with about a 270 game edge as well. 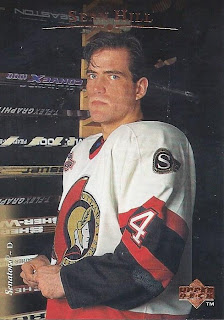 One of two Senators (as best I can recall) to have stops with my favourite team. Sean lasted 3.5 seasons in the Capital region, and played from 92 through 2008. The other one only made it through 11 games in total. So, which player is it that I have the relic card of, that set me back 2 whole dollars. Yup. The 11 gamer - Ilya Zubov. 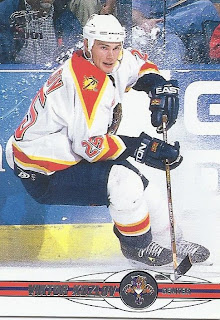 For the same reason as the Damaso Marte cards I posted yesterday, I've got way too many Viktor Kozlov cards. At least I've been able to resist picking up the KHL card that I saw on  COMC earlier today. 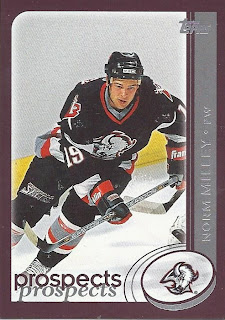 29 games over 4 seasons with Buffalo and Tampa. This does seem to be his only NHL issued card. 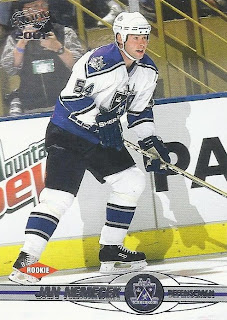 7 games. But twice the number of  cards. This one, and a Be A Player card from 99-00. And yes, I plan to acquire both of them. And the final hockey card picked up this month for the birthday binder is: 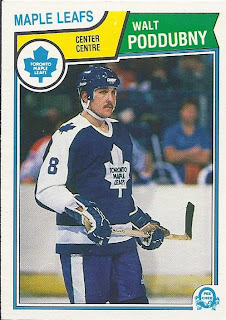 Yet another 83-84 card. A rare occasion where I will intentionally acquire a Maple Leafs card.

Posted by buckstorecards at 16:33