Often, I'll highlight one or two interesting cards that pop out of a pack. Today, I'm scanning and showing of all 15 of them. Why? Is there a reason I shouldn't? 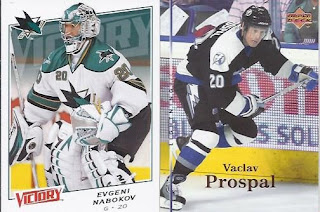 Evegni Nabokov 2008 Victory and Vaclav Prospal 2007 Upper Deck. These were the two cards visible on the outside. I opted for this one because of the Nabokov card, and that it would be perfect for the mask binder with a good shot of the art on the side. 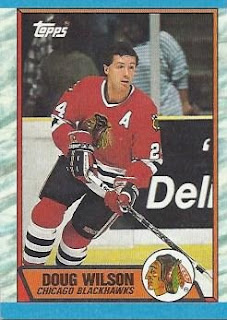 Doug Wilson 1989 Topps. I always like coming across cards of helmetless players. The highlight this is the extensive write-up on Doug Wilson on the back of the card. Doug earns 3 words. "Chicago's leading defenceman". At least OPC would also have some French in theirs. 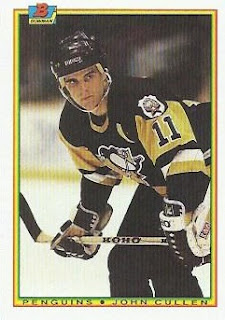 Every pack seems to have a '90 Bowman in it. At least this one is of a decent enough player. 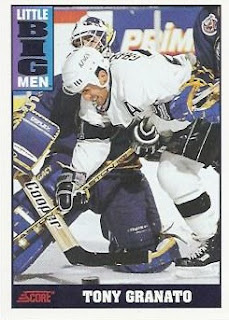 Actually an interesting idea for a subset. 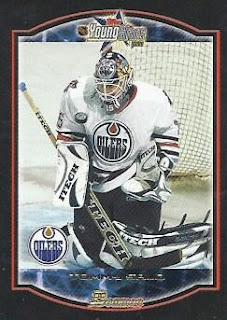 And the mask binder gets its second entry from this repack. 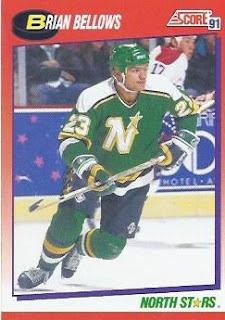 I'll always love coming across Bellows cards. One member of the great Kitchener Rangers team that brought the Memorial Cup to town in '82. 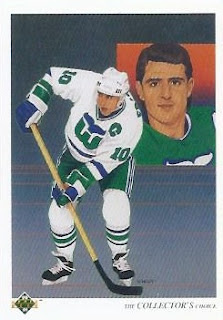 While not in every pack, this Whalers checklist card makes a lot of appearances. I could do worse. 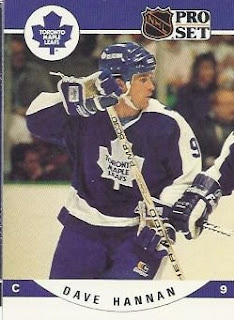 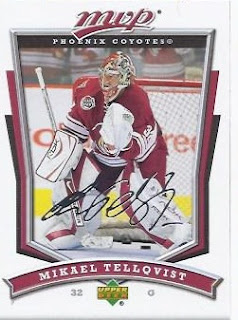 The third new card for the mask binder. 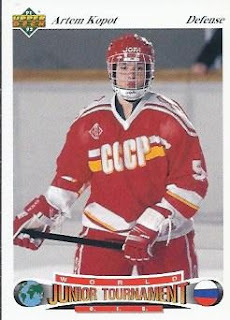 I'll confess I had no idea what set this was from. A familiar design, bud instead of the more familiar French that you'd see here, there was a different language on the back that I could only identify as Eastern European. Further investigation showed that this was an Upper Deck release for the Czech World Juniors tourney, which was a 100 card set. I often find different cards in these packs, and I really liked finding this one. 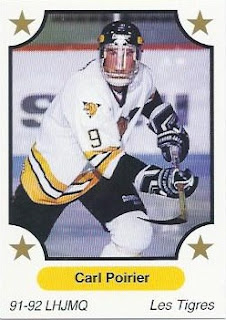 Despite being a card for the QMJHL with an entirely francophone front, the back of the card was bilingual. I'm seeing these 7th inning sketch more frequently as well. Since I like finding minor league jersey cards, these are also fun. 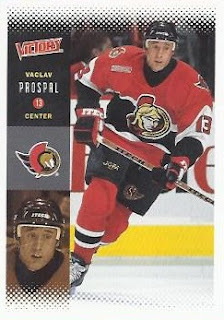 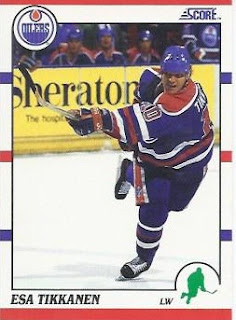 One of hockey's more (in)famous pests. 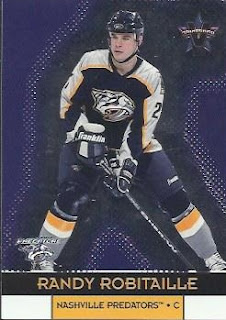 Randy is pretty much the definition of a journeyman player. He's played for 9 different NHL teams (with 2 stops with the Isles) and a few teams overseas. A card I would never have pulled out of a dime box, but one that will go in the miscellaneous permanent binder (along with the Granato, the Kopot and the Poirier).

Random hockey card fun. I'll always shell out a buck for that.

Posted by buckstorecards at 16:11