I'll keep working my way through the card until mail resumes on the 27th, and hopefully my Black Friday goodies from COMC will be in it.

I'll open with a couple of additions to the goalie mask binder. First up is one that I didn't even know about until a couple weeks back. 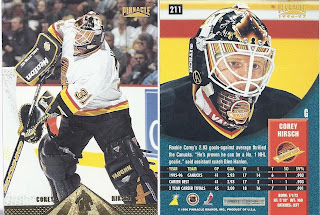 Another film-themed goalie mask for the collection. I've got Kari Lehtonen's Kill Bill mask. I've got Jason Bacashihua's Friday the 13th mask. Time to add another - Corey's Psycho mask. I don't mind paying out 18 cents for a card that really won't be found in many dime bins at shows. 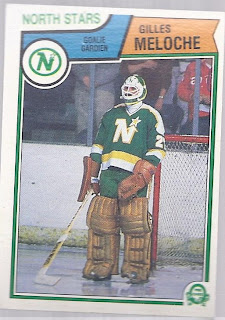 Although not nearly  as detailed as Corey's, I still liked this colour-coordinated entry from Gilles Meloche. I don't have a lot of pre 90s stuff in the binder, so adding this one was an easy choice. That wasn't the only entry from 1983-84 O-Pee-Chee that came in. 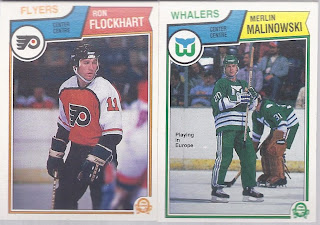 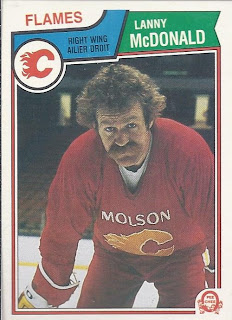 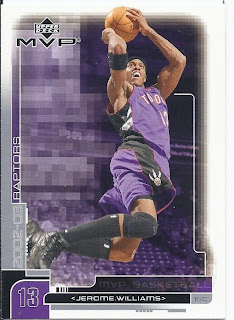 I wanted to add a Jerome Williams card into my Raptors set, but I wanted one that also had his "Junk Yard Dog" nickname on it somewhere. After cross-referencing with COMC, this seemed to be the only one out there. 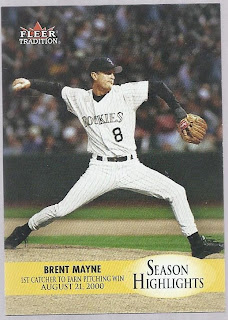 I saw this card posted over at dime boxes, and thought it would be a perfect addition to misc. baseball binder. I always like picking up something different, and this definitely is. It honours Brent Mayne picking up a win in a game - the first for a catcher. 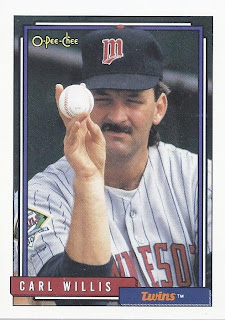 This is another one that I learned about because of its appearance on another blog. In this case, it is the Oh My O-Pee-Chee blog. Holding the baseball and looking intense is pretty generic. Holding the baseball in a goofy manner is not so much so, although there always seems to be 1 or 2 in any set. 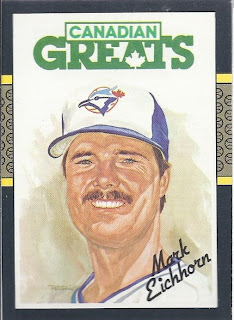 Another Canadian issue for another 18 cents. I think I've got the 4 Blue Jays issues in these cousins to the Diamond Kings but still need the Youmans and Reardon for the Expos. The Wallach is probably stuck at the Customs office. So the only Expo in my possession is the Raines. There's your segue. 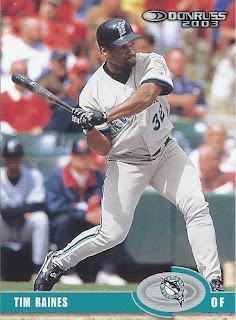 As best I can tell, this was the last card for Tim Raines.

Posted by buckstorecards at 13:01